RUSH: I’s hard to pick out a single favorite part of the State of the Union. But this one was somewhat personal because we had a caller back on January 9th objecting to this whole Democrat devotion to the DREAMers. 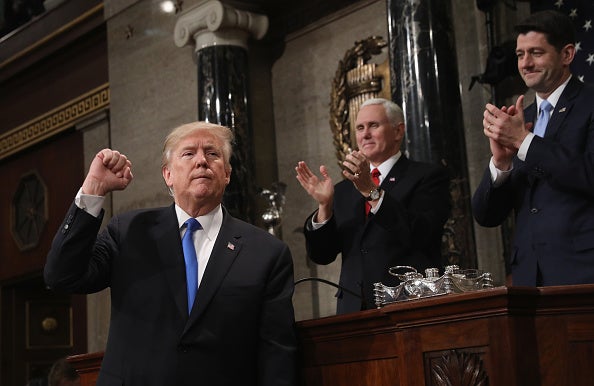 He said, “Rush, my kids have dreams too. Americans have dreams. Why are Americans and their kids’ dreams being subordinated to these dreams of the illegals?” It was a question born of frustration. The guy doesn’t hate anybody; it was his way of illustrating, “Who the hell are these Democrats and what are they really interested in here?” And I loved that the president used the line. “Americans are dreamers, too.” I loved it. I love that that line made it into the speech.

Well, get this. CNN, Jake Tapper… “Following President Donald Trump’s delivery of the State of the Union Address on Tuesday, CNN host Jake Tapper said Trump did not ‘understand’ how offensive it was to Democrats for him to state that ‘Americans are dreamers, too.'” Did you know…? It’s kind of like Trump doesn’t know that chain migration makes African-Americans cower in fear in the corners. It reminds them of being placed in chains on slave ships and sent over the high seas to the United States.

Of course, that’s just an absolute crock. “Chain migration” has a specific definition as a term in the entire universe of immigration discussion. Nobody ever, ever thought chain migration ever had anything to do with slavery! So it’s a made-up crock by the Democrats. Here comes Jake Tapper saying that Trump didn’t understand how offensive it was to Democrats for him to state that Americans are dreamers too. So what if something’s offensive to Democrats? Although, why should this be? But so what if it is?

What is the violation when Democrats are offended, for crying out loud?

They offend me I can’t tell you how many times a week. “According to Jake Tapper…” This a Breitbart story, by the way. “According to Tapper, Trump did not understand that Democrats were going to be offended by the phrase ‘Americans are dreamers, too’ and other language used by Trump on immigration. ‘[B]y the same token, I think President Trump doesn’t actually necessarily understand just how offensive many Democrats in that chamber are going to find some of the things he proposed and some of the things he said in terms of, there are Americans who are dreamers, too…’ Tapper said.”

Wha…? He doesn’t even explain how that’s offensive! But offensive to Democrats? It’s the Republican State of the Union delivered by a Republican president, and we’re worried here about what was said that offended Democrats? Did the Democrats correlate win the election and nobody told us and Trump has confiscated the White House and is using it against the Democrats, where now they’re really offended? Has Jake Tapper ever pointed out that calling Trump a racist and a bigot and a white supremacist Nazi or being compared to Hitler might be a little offensive to Republicans?

Nancy Pelosi even tweeted right after Trump’s speech, “DREAMers Are Americans too.” But American citizens are not supposed to do offended by her lie. She was saying, “Hey, some of these DREAMers are already Americans!” Instead of, “Americans are dreamers,” it’s, “DREAMers are Americans.” Boggles my mind, that it’s offensive to Democrats and that Trump doesn’t understand it to say, “Americans are dreamers too.”

The point of saying it is to illustrate the misplaced priority and to heighten in what the real interest of the Democrats is here. The fact that these illegal immigrant children are called DREAMers? That term was invented and created by Obama, the Obama administration, and it’s not accidental. The acronym DREAM is not accidental. It’s designed to soften the reality of who we’re talking about, and (impression), “Who are we to stand in the way of the dreeeeeams of so many who wish to come to this country?” And to somehow say, “Well, Americans have dreams, too,” is offensive to Democrats?

And there’s another poll from the State of the Union — a CBS poll — showing a majority of Americans support Trump’s planned wall on the southern border. “Fifty-nine percent of Americans said they supported building a wall along the U.S.-Mexico border. Only 41% of Americans said they opposed it but were not given other options in the poll.” Oh, so Reuters is telling us again to ignore this poll because there were only two options. Luis Gutierrez Democrat, Illinois, who ran out of the House chamber during the State of the Union when the “USA! USA!” chants began.

I saw it. I wondered what was going on. This guy gets up and literally runs out of the chamber, with people patting him on the back. I learned later it was Luis Gutierrez, and he ran out of there when the chants of “USA! USA!” began. Luis Gutierrez is chairman of the Congressional Hispanic Caucus Immigration Task Force who stormed out. He left the chamber while the Republicans were chanting “USA!” He fired off a statement afterward on the speech. He said, “It was clear and well delivered. Whoever translated it for him from Russian did a good job.”

Luis Gutierrez therefore implying the Russians wrote the State of the Union and somebody had to translate that and put it on the teleprompter for President Trump, and now Luis Gutierrez thinks that Trump is gonna negotiate with him. These people are lost in a reality they have created that is false and exists nowhere. This is the danger of ingesting poison every day. It eventually takes over. I’m telling you, these people are no longer aware that they are simply trying to advance a hoax.

“Crowley started out by saying Trump should stay out of negotiations over [DREAMers] and allow Congress to compromise” among itself. F. “Chuck Todd [of NBC] pressed Crowley on that formulation by bringing up the ‘heated activists’ on the left who want Democrats not to compromise at all, and Crowley said…” Are you ready? “Trump’s offer to give citizenship to a greater number of so-called DREAMers was a way of taking more ‘hostages.'”

Trump is now wanting to make hostages out of the DACA kids, the DREAMers?

Joe Crowley said, “I think the president continues to take additional hostages. Initially it was the roughly 800,000 … he has now expanded it to 1.8 million people who may be eligible for DACA, he’s also included –” And then Chuck Todd said, “Wait a minute. Are you calling the fact that he increased the number of people he would make eligible for citizenship ‘more hostages’?” 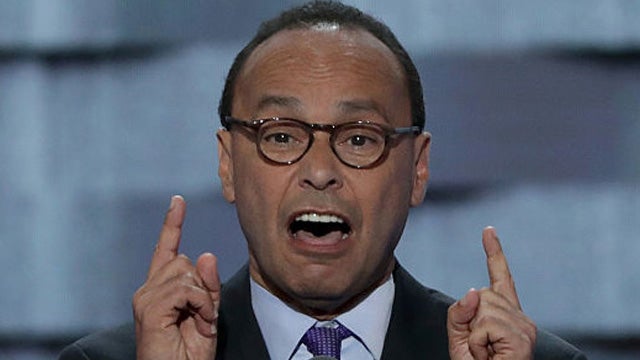 Okay. So how is Trump supposed to negotiate with that? Here Trump is giving the Democrats even more than they asked for, which was key to his deal, and they still reject it, and now they accuse Trump of taking hostages. I am here to tell you these people are in the process of losing their minds, and for all of the reasons we detailed.

They have been totally gobsmacked. They cannot relate to what’s happening. And they’re losing their minds, some of them are. And the reason is that they are so deeply immersed in hate. They are immersed in an unrestrained, undiluted hate, which is eating away at them. I mean, Trump’s taking more hostages? And saying “Americans dream too” is offensive to Democrats?

From the San Diego Union Tribune: “Focus on DACA in Publicizing Human-Smuggling Arrests Angers Immigration Advocates.” Oh, they were really mad at Trump because he tried to correlate illegal immigrants with gang members and even pointed out that some of the DREAMer kids are gang members. And now the immigration advocates are fit to be tied.