The Drive-Bys Attempt to Take Out Jared Kushner

RUSH: The Washington Post bombshell over the weekend: “Russian Ambassador Told Moscow That Kushner Wanted Secret Communications Channel with Kremlin”! But remember, if you read the story way down at the end, you found out he hasn’t done anything. He’s not a “target.” He’s not a “person of interest.”

It’s a nothing story. There’s nothing to it, other than an attempt to sully his character. Fox News’ Catherine Herridge reported over the weekend that what really happened was that the Russians requested a back channel of Jared Kushner and others and that there’s nothing here, that these kind of back channel operations take place all the time. They’re common in statecraft. Obama was famous for back channeling to the Iranians before the Iranian nuke deal. 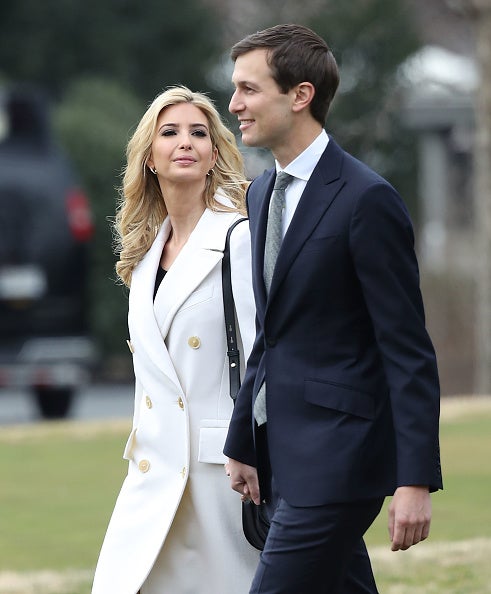 Obama was back channeling ransom payments. Hillary was back channeling with the Russians. Now they’re going after Jared Kushner. I’ll tell you how we’re gonna know if Jared Kushner’s in trouble. If you start hearing divorce rumors between Jared and Ivanka, you start hearing that Trump wants Ivanka to divorce Jared and marry a Saudi prince, then you might believe there’s something to this. But outside of that, I wouldn’t give it another thought.

RUSH: I want to get back to this whole business of Jared Kushner and trying to take him out after having tried to take out all of these other Trump people. I, folks, really don’t think there has ever been another full-time assassination squad like today’s news media in the history of the country.

Now, the media has been extremely volatile and over the top for much of our history. The media back during the colonial days and the founding days, the Civil War, it was atrocious. Some of it would make what’s happening today look like Romper Room, seriously. And I know that media in the past, long before Watergate, too, targeted presidents for destruction. It’s just what they do. But this is full time and this is largely unsubstantiated BS, fake news.

Trump tweets that he thinks they’re just making it up when they apply things to anonymous sources and former and current government officials. Trump thinks they may be just making it up. And one of the reasons he thinks that is because in each of these stories there is a reference, usually buried toward the end, that nothing in the story can be confirmed and that none of the people who have been supposedly quoted in the story can confirm anything.

And in the case of Jared Kushner, they write that he’s not even a target, that he’s not even a person of interest. He’s none of this. It’s just a made-up narrative. And the media doesn’t have to do the making up. All it takes is an embed somewhere, a leaker in the White House, a leaker in the deep state to call a journalist and say whatever and if the journalist likes it and wants to run it — because they clearly have broomed this old adage that you need three sources, the minimum two sources, to confirm a story, identified and quotable. That’s out the window now.

All you need is somebody that you can say is in a current or former official position saying anything and they can run with it, which is what’s happening. And this is what I think is somewhat unprecedented. Again, I can’t say, ’cause I haven’t been alive the whole time the country’s been around, but at least in my lifetime. Even with Nixon, there were attempts take out Haldeman and Ehrlichman, but nothing like what’s happening with virtually everybody. There’s two or three people in the Trump team they avoid.

They don’t talk about Gary Cohn. They don’t go after Dina Powell. Um… Buh, buh, buh… That might be it. But everybody else, they are targeting. And at times, it’s almost humorous to watch them try to turn Jared Kushner into Boris Badenov. Jared Kushner looks like he still drinks milk, for crying out loud. And what’s the crime? Professor Dershowitz was back over the weekend on TV saying he still can’t find a crime here. What’s the crime? Any crime! Give me a crime! There isn’t a crime.

There were crimes committed in the Obama administration, all of these back channel communications. Those are not crimes per se, but spying on a presidential candidate! Lois Lerner turned loose at the IRS to purposely discriminate against Tea Party organizations. But the crimes that don’t exist are being invented by the media. They’re getting more and more ludicrous. Even if the Kushner report is true (and it probably isn’t) is it now a crime to have back-channel communications? Wouldn’t you…?

Especially in this media atmosphere — and if you’re serious about having secure, private conversations — wouldn’t you want a back-channel technique that only the participants are aware of so that it can’t be leaked, given all that’s happening here? It certainly is not criminal! What they’re trying to do here is criminalize behavior. Remember the original premise: The Russians hacked the election; the Russians screwed Hillary out of the presidency; the Russians wanted Trump to get elected, and Trump got elected!

And the Russians, therefore, have Trump blackmailable. They have Trump in their back pocket — Trump this, Trump that — and so any time there is any kind of communication with anybody with Russia, it’s a crime. This is the perception that has been established — and, of course, governments communicating with each other is not criminal. Now, some of it could eventually lead to treason. But the back channel infrastructure itself? There’s nothing criminal about it. Every president going back to George Washington has used back-channel communications. We know for a fact that candidate Obama had back-channel communications with the Iranians. Obama wanted the Iranians to be able to invest in and grow their nuclear program, both domestic power production and weaponry.

He wanted that for the Iranians. Who knows why! We can guess. But he was working on establishing these back-channel communications with the mullahs as a candidate, and the Drive-Bys all know it, and they don’t have a problem with any of it. And then that back channel continued when Obama was in the White House. Iran is a mortal enemy of the United States. Some say, “Well, so is Russia! So is Russia, and Trump’s in bed with them.” Can somebody…? Has Trump discussed lifting the sanctions on Russia? Has Trump done anything to ease or make life easier for Putin? What actually has happened between Trump and Russia?

All these back-channel communications and all of this private negotiation, all the…? What’s happened? Where have we been sold out? Where has Trump sold us out anywhere? It hasn’t happened. Obama… Getting back to him, once Obama gained the White House Obama and Hillary used back channels with the Iranians to continue to push for the Obama-Iran nuke deal. Obama even used Henry Kissinger to open up back channels with Russia. This is when Obama and Putin were supposedly on the outs over Crimea. Obama calls Dr. Kissinger and asks him to do what he can to help facilitate back channel communications with the Russians. So this is totally ginned up. Everything about it is.

RUSH: Here’s John in Bloomington, Minnesota. Great to have you. How are you doing?

CALLER: Thank you. I appreciate listening to your program. I wanted to ask you: Where is the outrage from the media — like Lester Holt and others — regarding the wiretapping of Mrs. Merkel’s phone? I think that was a couple years ago it came out. Did the media protest and say everything back then when —

CALLER: — we were wiretapping a foreign government’s leader’s telephone?

RUSH: No. Of course not.

CALLER: And regarding these back-channel communications, several administrations used somebody named Dr. Armand Hammer — who was, I believe, the head of Occidental Petroleum.

CALLER: He was called on many times to speak to the Russian government.

CALLER: And what about Jesse Jackson? The administration sent Jesse Jackson over sometimes to meet with countries we were having difficulty with. I don’t hear any outrage about that.

CALLER: He was sent over, I think, when an American pilot was shot down, and he was able to get that pilot back to the United States.

RUSH: Right. Right, right. Which, of course, meant that the deal was done before Jesse Jackson got there.

RUSH: I mean, that’s how these things work, how statecraft works. You made the deal, then you do the public — essentially the public version of it. But the Reverend Jackson would not have gone over there had the deal not been already made to release the pilot. So whoever made the deal with Reverend Jackson either blackmailed them or strong-armed them or they were one of his buddies and wanted to make him look good.

But your question… Look, about wiretapping Merkel, it goes to the thing that we all know, and we could mention it every day. The simple fact of the matter is that everything Trump is being accused of Obama has done, really done. We don’t have any evidence Trump has done anything. We really don’t, folks. There is not a crime. Nobody has found evidence of a crime, which is why this is in the middle of shifting and transforming to people like Kushner and Flynn, because they don’t have anything on Trump in this regard. And it’s just like global warming used to be “global warming.”

When the earth stopped warming, they turned it into “climate change.” Well, now this “scandal” requires some transformation in order to keep it alive, because the story has no evidence. There is not a crime. Grab sound bite number eight. We do it again. This is Friday night, CNN, Anderson Cooper. The Fill-In Host is the Wolfman, Wolf Blitzed, and he’s talking to Professor Alan Dershowitz of Harvard about the report that Jared Kushner proposed a secret means of communicating with Russia. Wolf Blitzer says, “Professor Dershowitz, does this point to some evidence of collusion?”

RUSH: There isn’t any crime in existing law in terms of behavior committed by Trump or his people. There isn’t any crime. This is not even about that. It is about creating the perception that Trump has created crimes or that his people have. It’s about creating the perception that Trump is a reprobate and should not have been elected. That’s what really this is all about. Merkel… Angela Merkel was, in fact, wiretapped by the Obama administration. Not only did the media not go nuts over that, neither did she!

She didn’t raise much of a storm about it. You have to ask yourself, “Why is that?” We know why the media didn’t. Folks, if you’re hoping that all of this hypocrisy by any of the Democrats — Hillary or Bill Clinton or Barack Obama. If you’re thinking that it’ll ever be touched on, much less exposed in the Drive-By Media, you are facing a lifetime of disappointment. It’s never, ever going to happen. The media does not exist for that reason. The media is the weaponized version of the Obama army.

They are totally there to protect and to surround and to take out enemies. That’s the only reason they exist. I don’t know if I can say it’s the only reason, but it’s one of the guiding foundational objectives of the media today. There’s only one enemy in the world. The only one enemy in the world is the Republican Party and the conservative movement.