RUSH: This is Pat in McKinleyville, California. Welcome, sir. Great to have you on the EIB Network.

CALLER: Oh, thanks a lot, Rush. I just wanted to say that I don’t even know how you can do what you do every day without going insane, but I think conservatives —

CALLER: Because my philosophy is that conservatism, we’ve lost. We have a mounting debt. We have liberal colleges. We have left-wing media. We have large cities that are Democrat. The news isn’t news anymore; it’s reality TV. I just don’t know how we can ever win this fight, ever. It seems like we’re losing every day.

RUSH: Okay. Interesting proposition. Let me see if I understand this right. You think conservatism is essentially dead, that it’s been defeated?

RUSH: That we’re outnumbered, and not just outnumbered, but outnumbered in key areas of influence, like pop culture, you mentioned schools, universities, media, this kind of thing.

CALLER: How do you expect it to turn around?

RUSH: Well, let me put it to you this way. Let me retort here with a query. Because conservatism is dead, do you feel that it is thus impossible to stop and/or defeat the left?

CALLER: I do. I live in California. I’m a staunch conservative. I grew up with values and hard work and everything. I was able to retire at 61 because I saved in my 401K. I didn’t get any retirement from my job. I have no say here in California.

CALLER: We’re run by LA and San Francisco. I’m in a small town in Northern California, you know. I don’t even need to vote anymore. There’s no point.

RUSH: In California you’re outnumbered, there’s no question. I’m not arguing with you. My question is very specific: Just because conservatism is dead, in your opinion, does that mean liberalism cannot be stopped?

CALLER: Has it worked yet?

RUSH: See, that’s where I disagree with you.

RUSH: It’s not a fine point, either. There are a whole lot of people who hate Democrats who voted for Trump who are not conservative. Let me keep you on the line here. I have to take a break here. We will come back and continue to explore your premise.

RUSH: Back to Pat in McKinleyville, California. Say, Pat, look, I understand why you are in a funk about this. A lot of people are, and there are many reasons why all of this has happened on the conservative side of things. I don’t want to go into those reasons, but there are many of them. There is not unity in conservatism. There is a lot of disunity. There are a lot of different theories about who is and who isn’t a conservative and what is and what isn’t conservatism. I ran into a famous conservative magazine publisher back in the early nineties when this program was just four or five years old, and I was really feeling enthused, and I was loaded for bear, and we were on the march. And I’m talking to this guy. It was not Mr. Buckley.

RUSH: You still with me out there, Pat? Yeah, I can hear your breathing.

RUSH: I said, “What?” “No. It’s never gonna happen.” “You are running a conservative magazine, and you never think we’re gonna win?” “No. It isn’t gonna happen.” I said, “What am I doing here?” I mean, if some of the prominent people on our side never even thought it possible to win — and winning is defined by beating them back, dominating, making them less influential in their power centers, ’cause I’ve always thought that was the objective, one of many. Here’s the thing, though, Pat. Don’t give up on it. You’re in a tough situation in California. But basic conservatism is never gonna vanish. It is the time-honored way that decent, moral people live. Conservatism is the —

CALLER: How’s that working out?

CALLER: How’s that working out for us right now?

RUSH: Well, the next thing I was gonna say…

RUSH: Next thing I was gonna say —

RUSH: — is since 2010… Folks, don’t get mad at me. Every time I mention this people get mad at me, thinking, “Well, it doesn’t matter.” It does. The Democrat Party, the American left has lost over 1200 elections, Pat. State, federal, local.

RUSH: They continue to lose elections. They lost in 2016. They don’t stand for anything that they can be honest about. Now, the people that are beating them are not necessarily conservative. Trump’s voters are not unilaterally conservative. Many of them don’t even think they’re conservative at all. But they all hate what Obama and Hillary and the Democrat Party stand for, whether they know that’s liberalism or socialism or communism or not. Liberalism, socialism, communism has to be forced on people.

And when it’s forced, people have to be governed against their will for this stuff to be implemented. So the way the left goes about dealing with that is to convert as many people as possible to dependents, trying to convince them that the Democrat Party is the American version of Santa Claus. Because liberalism cannot survive on its own. Liberalism cannot win if it’s honestly identified in a campaign. It is fatally flawed in a world of honesty and transparency. So they have to muck it up. They have to disguise it. They have to camouflage it.

That’s what they’re identified with, and the more that can happen, the more they will continue to lose. And there needs to be something as a foundation waiting for people to fall back on, and that’s where conservatism comes in. I don’t think it’s ever gonna go away. I don’t think conservatism is ever gonna be defeated because it’s righteous, for the most part, it’s moral for the most part. But, more than that, it’s the way people live their lives, whether they know it or not.

CALLER: Yeah, I worked in the medical profession for my whole life, and I saw people taking advantage of the system big time.

CALLER: And we live in California where that is rampant, and maybe I’m just warped because I would have in this state, ’cause, if… (sigh) (chuckles)

RUSH: No, I think you’re right to be. California is a —

CALLER: If this wasn’t my home for my whole life, I’d be outta here.

RUSH: California is a bellwether of what could happen the whole country.

CALLER: I know it!

RUSH: You’re right to be concerned about it.

CALLER: So I don’t know. I hope you’re right. I really do. ‘Cause I listen to you and I listen to Fox News. But if I was to listen to any of the other media outlets, I’d go crazy! I mean, if Tucker Carlson has a debate with a liberal? If you had no inkling about politics at all, if you were just a halfway smart person listening to a debate, you would never, ever side with a liberal! I mean… (sigh) That will do.

RUSH: Well, you’re looking at it the way a conservative would. You’re watching that debate intellectually. There’s nothing intellectual about liberalism. Liberalism is all gutless emotion. I mean, it’s the easiest, most gutless choice you can make. And the reason people become liberal or say they’re liberal, it’s hip. I’ve often thought if we could just turn conservatism a little cooler, like can you imagine if it became cool in conservatism to have affairs, do you realize how much ground we could gain. We could eliminate one of the advantages the Democrats have.

I’m just kidding. That’s my way of illustrating — Snerdley’s in there going, “Oh, no, wait ’til the wrong people get a hold of that.” Just kidding. The point is that liberalism is easy because it’s emotion. You don’t have to do anything to solve the problem. You just have to act like you care about it. Look at the liberalism that’s on display. It’s enraged; it is causing riots; it is endangering people.

I’m like you, you know, I don’t know how it has become so dominant, but — actually, I do. It’s because they’ve done it in media centers. They’ve done it in cultural entertainment. Facebook. I mean, if you really, really, really want to know, that’s the latest point of invasion. Education is the big area, though, where they have ceased teaching thought, critical or otherwise. They’ve become indoctrination centers, and they do this on purpose. They know that what they believe in cannot stand on its own. That’s why they’re not even honest about what it is and what they believe and what their intentions are.

But hang in there, Pat, because you don’t want to become a liberal, you don’t want to have to do that. Just hang firm on your principles. Live your life the way you do and let it be the example that it is and at least you’ll have self-respect and be happy that way. I know how frustrating it is to think you’re involved in a battle here and you’re constantly on the losing side, but we’re not.

The thing to understand, sad as it may be, is that conservatism, by itself, is not the defeating agent for liberalism today. At one point I was among many who thought it would be. It’s too bifurcated. It’s too disjointed. It’s too fractured, too un-unified, disunified, whatever, to be a formative opposition force. But there are still millions of people that want nothing to do with what liberalism and the Democrats stand for.

RUSH: Does the name Whittaker Chambers ring a bill? Whittaker Chambers, a prominent former Soviet spy in the era of Alger Hiss, except that he defected from the Soviet Union and defected to America and American conservatism, became a very close associate of William F. Buckley Jr. and was constantly on trial as a liar about the Soviet Union, making things up, despicable, the things he said. It was a yeoman’s effort for Mr. Chambers to be believed about the things that he was revealing as a spy. The leftists didn’t want to believe it. Anyway, that’s a little bit of a tangent. 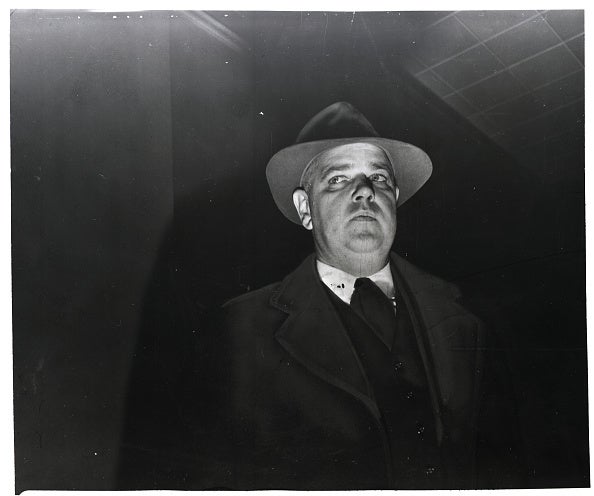 Whittaker Chambers, even after defecting from communism and joining what at the time was the movement of conservatism, National Review, William F. Buckley, even Whittaker Chambers at the time said that for the rest of his life he feared he had chosen the losing side, but he just couldn’t abide communism. It was intellectually, physically, it was just reprehensible, was horrible, the worst concocted system on earth. But even he, just like this magazine publisher, didn’t think that the opposition to communism was ever gonna win, yet it has.

We’re here. The United States of America, we’re here, we’re still here fighting back. All is not lost. The left will be beaten back. Much it of will be self-defeat. Whereas it used to be thought that conservatism was going to be the agent of victory and it was gonna happen by virtue of intellectual superiority, we’re gonna sit down, we’re gonna talk to people, we’re gonna convince them conservatism is vastly — it’s not gonna happen that way.

We don’t even have anybody that can do that right now ’cause somebody else who is a conservative will argue with whoever was trying to do it and say they’re misunderstanding conservatism. But it’s still gonna happen because people intrinsically do not — self-the reliant, productive people want no part of the American left, the Democrat Party, other than in the wealth centers, which is a whole other ball game.

RUSH: Look, this discussion of, “Is conservatism dead?” the caller from McKinleyville, California, we could delve further into this with a little bit more time than what I gave it today, so don’t form any conclusions here, but it is a worthwhile discussion. Because is conservatism needed to defeat the left? That’s to think about.