RUSH: Cleveland, Ohio. Lisa, it’s great to have you. How are you doing?

CALLER: I’m doing great. I can’t believe after 25 years, I finally got through.

RUSH: My goodness, all these people listening for 25 years!

RUSH: This is fabulous. I love you so much. I really do. Thank you. 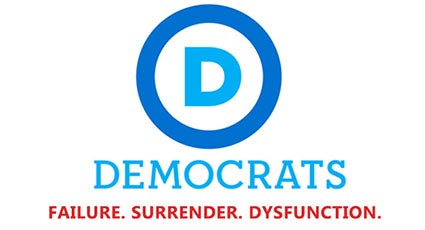 CALLER: Well, I love you and I love everything you do to keep me sane, because listening to the mainstream media will literally set my hair on fire, so… But I’m confused about something, and I know that you’ll be able to enlighten me. I’m confused about the whole Russian collusion stuff. First of all, even if it happened, what’s the big deal? What’s the crime? I thought that was called opposition research? You know, when NBC released the Billy Bush tape, wasn’t that to affect the election? Wasn’t that the whole point of releasing that and releasing what supposedly happened in the Russian hotel room?

RUSH: Exactly right. The release was designed to take out the Trumpster.

CALLER: Right. So I don’t understand. Even if somebody on the Trump campaign said something, it was what’s-his-face that used “password” as his password. I mean, all they did it was expose the truth. And it is not as if they —

RUSH: Wait, wait. Who you talking about here, “password” as…? Expose what truth?

CALLER: Expose the truth about what was in the Democratic emails, about what they were doing.

RUSH: Wait a second. That’s a whole new avenue on that has opened up now.

CALLER: Oh. Well, but I just want you to explain it.

RUSH: It does not involve the Russians.

RUSH: But let’s stick with it as to the relation to Russia. Let’s say it was the Russians, which it wasn’t.

RUSH: We know that Podesta was victimized by a phishing attack.

RUSH: It is how that information got to WikiLeaks. The Democrats want you to believe that the Russians were the source for all of the Podesta emails, giving that stuff to the editors at WikiLeaks. WikiLeaks has denied it, and there are other people who have alternative theories about how it happened. But there isn’t… I know what you’re getting at. “Okay, even if the Russians did that, isn’t that like opposition research? I mean, if the Democrat stuff ended up at WikiLeaks, why is that probably a crime?” you’re asking, which is an interesting question. Hang on here, Lisa. I’ve got a break here at the bottom. We will continue this when we get back. 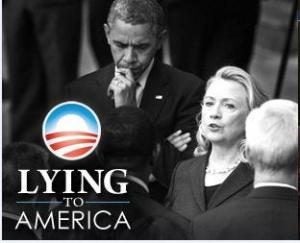 RUSH: Well, the big deal there would be that this is a foreign government attempting to show preferential treatment for one candidate over another except that they did try to hack the RNC and they failed to get through. But I think that may be one of the things that believers here are relying on that the Russians, that’s how they tampered, but nobody has shown any evidence, Lisa, and they may never be able to, that the Podesta emails had any meaningful effect on Hillary losing.

RUSH: There’s really no way to quantify that.

CALLER: What is the actual crime that someone’s being accused of? That’s what I don’t get. What’s the crime that they’re accusing Trump of?

RUSH: None. There isn’t a crime.

CALLER: I don’t understand it.

RUSH: The broad-based allegation is collusion. And since Russia is an enemy, they want to be able to say it’s treasonous and thus impeachable.

CALLER: Okay. Well, I’m really worried, though, about some of these other broadcasters. I sometimes for fun watch CNN in the morning and that Chris Cuomo, I think he’s gonna need medical assistance at some point. He is so rabid and so hysterical. I realize he’s trying to get his brother elected president at some point, but it’s really — I almost feel sorry for him, it’s gotten so bad.

RUSH: Yeah, he’s the Fredo, you know, of the Cuomo family.

RUSH: He’s the guy that takes the grandkids out fishing and never returns.

RUSH: You know, Chris Cuomo actually said two things that are just literally stupid last week. He said to mention there is no evidence is sabotage of the investigation. Anybody going on CNN claiming, “Hey, wait a minute, you people have no evidence of any collusion.” He says that is sabotaging the investigation. The second thing he said was that if you’re gonna say there’s no proof of any allegation, you have to prove it. He said you need to show proof that there’s no proof. Now, Lisa, that is not possible. You can’t prove two negatives, much less one.

RUSH: And it is not the principle on which the American judicial system is built. The accused do not have to prove anything. The accusers have to prove it. So if the media thinks there’s been collusion it’s up to them to prove it. There isn’t any proof. There is not any crime. That’s why they’re walking back impeachment. But the new avenue here, folks, are you aware of the name Seth Rich? Seth Rich worked the DNC. Seth Rich, he was murdered, DNC worker. The police said it was a botched robbery. He still had his wallet, car keys, lottery tickets, whatever else.

Others are claiming that he was murdered because he was the leak from the DNC to WikiLeaks. And this story is now starting to get legs, that Seth Rich was murdered, it was a contract hire killing because he was leaking to WikiLeaks, he was the one. May have been a Bernie supporter. The only colluding and rigging here, folks, is the Democrat primary election. The DNC rigged it against — do you know that there’s a class-action lawsuit against the DNC over this now? There is a massive lawsuit against the DNC by Bernie supporters for him getting shafted.

Seth Rich claims to have been — or there are people claiming. Kim Dotcom, the noted hacker, has now come forward and said he was working with Seth Rich to get the documents to WikiLeaks. That link is at the Drudge Report today. Kim Dotcom is a renowned, world famous computer hacker loved and adored by high-tech people for a host of reasons. In fact, I didn’t know this ’cause I do not… I don’t tweet; I don’t go on Twitter. Well, we have a Twitter account. We use it to promote RushLimbaugh.com and our Facebook page.

But in terms of, you know, tweeting? The place is a refuge for human debris, if you ask me, Twitter is. So much of it. You know, folks, I’m gonna tell you something. I would bet you — wild guess here — that over half of the traffic on Twitter is not real people. It’s botnets. It’s fake accounts. I know they exist. We’ve tracked them down. We’ve identified them as they relate to us, attacks on us. I think Twitter… I think a lot of social media is fake, is not real people. It’s made to look like real people. And it’s dominated by the left.

I think it’s just another area of the American political system where the media makes it look like everybody’s a Democrat — everybody’s a Democrat, everybody’s a liberal — when it’s not factually correct. Anyway, back in March, I was talking about Kim Dotcom here on the big program. There were allusions to the fact even last fall that, you know, there were 30,000 Hillary emails from the 60,000 on her server that still are not accounted for. She gave 30,000 to the investigators claiming that those are the ones that are relevant.

The other 30,000, she deleted ’em ’cause they had nothing to do with anything. They had to do with Hillary’s daughter’s wedding and wedding reception and who got two scoops of ice cream and who didn’t, and there were things about yoga lessons, and who Clintons thought were nut jobs. She didn’t turn that stuff over but those emails are somewhere. Kim Dotcom claimed to know either where they were and could get them or know somebody who did, and I’m talking about this on the air. I didn’t know this, but back in March, Kim Dotcom tweeted me.

He said, “Dear Rush Limbaugh: One day I will tell you on your show what really happened. Will be a very entertaining hour.” I didn’t know it until today when one of my webmasters (we powerful, influential members of the media have people like webmasters and stuff) told them about this. So, Mr. Dotcom, I just found out about it. I’m sorry. I didn’t mean to ignore your tweet. I didn’t know that it had happened. But this is a whole new avenue — and, folks, right now it’s conspiracy theory status, that Seth Rich was murdered because he… But it’s… Well, it’s just it’s… It won’t go away. It just won’t go away, that’s about it.