RUSH: You know, earlier this week I wanted to personally right here on this program thank the CEO of CBS, Les Moonves. Well, he didn’t cancel one of my favorite shows on CBS, and it’s been on the bubble, been on the bubble out there. He announced the fall schedule, and the show wasn’t on it. And they’ve dribbled out a couple of announcements every two weeks or so since March, and my show wasn’t on it.

And finally over the weekend they announced that Elementary is coming back. It’s the Sherlock Holmes offshoot. But it may only be a mid-season replacement. It’s a mystery show and I like it very much. And I thought about using my program, “Please, Mr. Moonves, don’t cancel it,” but I didn’t. So now they’ve kept it, and I just wanted to thank Les Moonves for making the decision to keep the show.

It leads into a story here in the Daily Wire, “Study: Women Love Them Some Toxic Masculinity.” You wonder, what does this have to do with CBS? Well, I’ll tell you. This story is about how married women love watching television shows that feature alpha males and feature masculine males that they have been conditioned in real life to avoid. So they’re living vicariously by watching TV shows where real men are depicted. And it happens to be that that is at CBS.

Les Moonves and CBS are getting hammered because they have a mostly all white male fall lineup of shows. And CBS has been under assault for violating diversity standards and being misogynistic and not being sensitive to LGBTs and transgenders and women. He’s been the target of abuse frequently here, most of it on social media. And Moonves replied to it. He said, “Well, number one, more women watch CBS, percentage-wise, than any other network. So our shows have a lot of female appeal.”

But he’s not doing shows that the left wing pansies want to watch. He’s producing shows that women are gravitating to because they have men as real men being portrayed in whatever these shows are, and that’s why it’s the number one watched network by women in America. And the feminazis and the leftists are attacking Moonves for not following through with the right kind of programming. Yet his programming is winning. I haven’t probably done him any favors here by approving of his decisions. He’ll probably have to come out and disavow me if it gets too heavy, but still I had to thank him for keeping that show. 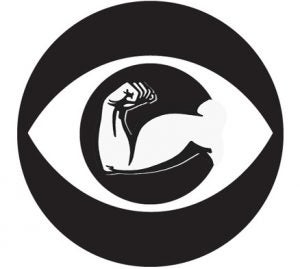 RUSH: I need to add a little bit here to this women watching CBS shows because the men that are portrayed there are real men and not a bunch of pansies. It happens to be true, but the story that accompanies this, the study: “Women Love Them Some Toxic Masculinity.” What that story is really about is this: “Married women are more satisfied with their husbands during the fertile portion of their cycle than women with less masculine husbands.”

So if a woman is married to a hunk, or somebody she thinks is a hunk, then she’s much more fertile than a woman who’s married to an androgynous type. And this is the result of a major, major research cycle. Men’s masculinity can benefit heterosexual women in the context of long-term relationships in terms of fertility, which is a big deal.