Trump Is Supposed to Forget the Campaign, But the Ninth Circus Is Obsessed with It

RUSH: Right now there is a hearing going on at the Ninth Circus Court of Appeals, the appeals hearing on one of the Trump travel ban executive orders that is being appealed. Folks, I have to tell you, the idea that that has to be argued? This executive order was a thousand percent legal and constitutional. The fact that this has to be argued before a court? It’s absurd. And I’ve had a chance to check into it, and these Ninth Circuit justices are asking the lawyer representing the Trump administration: 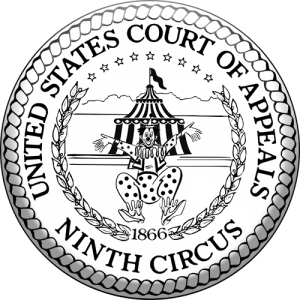 “Well, can you tell us if you’ve ever heard President Trump at any time — during the campaign or otherwise — suggest that he was in favor of a total ban of all Muslims from anywhere in the world?” Now, there is no Trump executive order that does that! The Trump executive order… The first one was modified into the second one, which was a relaxation of the first one. What these judges relied on is what Trump said during the campaign.

Because on the one hand you can find stories today. I think one of them is Maggie Haberman at the New York Times, where she says that Trump’s making a big mistake because he still thinks it’s the campaign, and you’ve gotta understand, she says, that there’s a huge difference between what is said and the strategy during a campaign and then in power and governing. They’re two different things, she’s saying. Apparently, Trump has this map of all of the counties that he won versus Hillary, and it’s mostly red. I mean, the geographic area of the country that is pro-Trump, like 98% of that map is red, and 2% is blue.

Maybe New York, San Francisco, Los Angeles, Bay Area, up to Seattle, maybe a little bit down in south Florida and Miami area. Other than that, it’s all red. And apparently Trump’s had a bunch of these things printed up and gives them out to visitors to the Oval Office. And the people in the Drive-Bys are saying, ‘This shows he’s mentally ill!” (laughing) “This demonstrates that he’s still living in the campaign. He’s still thinking he’s campaigning, and he’s not. He’s president, and you can’t be president the same way that you campaign.”

Well, here are these judges saying, “Well, we’re not gonna pay attention to what he says as president! We’re gonna rule on what he said during the campaign.” Now, how much sense does that make? Legal or common. How much doesn’t make sense does it make? You have an executive order written by the administration, it proclaims X, Y, and Z, and these leftist judges say, “We’re not watching that. We’re not paying any attention to that. What we’re focusing on is what he said during the campaign.” 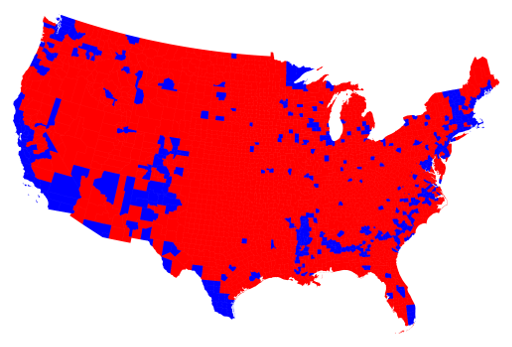 Over here, the New York Times says, “You can’t continue to campaign, Mr. President. You’re president! You can’t behave the same way. You can’t have the same issues. You can’t say the same stuff,” and it’s a display of Trump’s mental illness that he has these maps. Apparently, the story says that Trump had a giant version of this map printed and hung on the wall in the West Wing. They’re denying that that has happened, but they’re trying to paint this picture of a guy totally out of touch with now.

He’s still self-absorbed in his victory, which is the last positive moment of his life, that his life has been miserable and filled with failure since November and that he is… He’s Captain Queeg. He’s in there, he’s doing the marbles and stuff and hasn’t come to grips with where he is now. And I find it fascinating that these judges… While the New York Times says Trump’s gotta forget the campaign, the judges are saying, “The campaign’s the only thing that matters to us.”

This whole thing is absurd. But it is explicable if you understand who these people are, if you understand they do not respect any authority but their own, including the Constitution and including the law. And there are some people that are concerned that they thought Trump was gonna be the one pounding these people, that Trump was gonna walk in and just steamroller these people because they would never have seen anything like him. 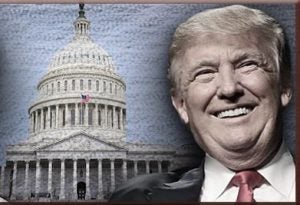 He was the guy that had the right issues and the right agenda and he was just gonna be able to make mincemeat of these people. And so far, that doesn’t seem to have happened and so there are some people expressing dissatisfaction and alarm such as Ann Coulter today in an interview she gave with The Daily Caller. So they’re continuing to do everything they can to undermine and sabotage. And they’re focused now on Comey, as you know.

But the polling data… Just to remind you, the NBC/Wall Street Journal polling data showed that has been essentially no being negative impact in polling data either on President Trump’s personal favorability or his job approval. None of it has moved significantly in either direction since the Comey firing, which is big because we’ve had nothing but a 24/7 assault on Trump, and it’s amazing his numbers haven’t been worsened or whittled away. Now, there’s a story here; this is from the New Yorker.

“Amidst the fallout from the firing of FBI director James Comey, a new report reveals that Comey actually planned not to recommend charges against Hillary Clinton over the use of her private email server well before she was interviewed by the FBI.” This story maintains that Comey only had the FBI interview for the sake of appearance and for show, to make it look like there was a serious investigation. But the story is that Comey had made up his mind that nothing was gonna happen to Hillary before her interview, which happened after…

Didn’t the interview happen after Clinton got onto Loretta Lynch’s plane? That interview happened on the Saturday before Comey went out and made the speech, right? I’m pretty sure it was. In fact when he did the interview with Hillary, I remember being surprised that it had not happened yet, that so-so late in the process. And it was during that interview that they let her aide be called her lawyer, Cheryl Mills.

So that Cheryl Mills would have immunity and attorney-client privilege. When I saw that… Oh, and after all that, they absconded. They took Cheryl Mills’ computer and destroyed it. It had evidence on it, potentially had evidence on it. So Comey interviews Hillary late in the game, allows her aide — her strategist, her adviser, her executive assistant — to be called her lawyer, for purposes of accompanying her in the interview, and then they take her laptop and destroy it. 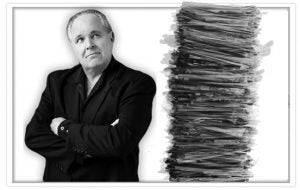 And the answer we got was, “Well, the FBI always destroys evidence at the end of an investigation.” Well, this looked awfully suspicious, and this story maintains that Comey was never gonna charge her. He was never gonna do anything of the sort, had made up his mind even before he interviewed her. ABC News: “Trump Denies He Asked Comey for Loyalty, Threatens to Cancel Press Briefings — Donald Trump is denying recent reports that he asked for former FBI Director James Comey’s loyalty a few days after he was sworn in as president.”

Anonymous “sources” (they always are today) “told ABC News that Trump posed the question to Comey more than once during a dinner in January and Comey would not promise such a thing to the new president, only that he would be honest. ‘I didn’t ask that question,’ Trump said in an interview with Fox News’ Jeanine Pirro that aired Saturday night.” Have you ever seen that show, Judge Jeanine? Anyway, after Trump gave the big interview to Lester Holt he granted another interview to Judge Jeanine, and he told Judge Jeanine that he didn’t ask that question.

He said, “It wouldn’t have been a bad question to ask, but I didn’t ask Comey for his loyalty.” Now, the media’s trying to say that Trump did it and that it shows that Trump thinks he’s a young dictator in the making. That it’s only tyrants and dictators that demand shows of loyalty from underlings, and if they don’t get it, they get canned.

Trump is not stupid. So much of this, so much of this reporting, so many of these allegations relies on the belief that Trump is an idiot and stupid and is a bumbler and doesn’t know what he’s doing, asking for loyalty oaths and pledges and this kind of thing. Anyway, Trump denies it and says he’s thinking about canceling the press briefing maybe just twice a month, or was it twice a week, to end that circus.