RUSH: There’s another special election coming up in Montana on the 25th, Zinke.

They have a lone seat, one member of Congress, and the member of Congress, Trump chose the guy to head some cabinet department. It’s not EPA, not energy. Anyway, there’s a special election to replace the guy, and the media has got all these stories about how this Democrat is primed to win. “The Republican that’s been chosen is a lightweight, he’s a deadbeat, he’s a dryball. Democrats are gonna win big in Montana.” But They’re not gonna win it in Montana.

Chris Cillizza, who has left the Washington Post and gone over to CNN. Grab audio sound bite number 21. Get this. You know, the special election in Georgia is coming up June 20th, Georgia 6. This is where that Pajama Boy guy, Jon what’s his name. Ossoff? He was supposed to win it all. He was up against like 11 different Republicans, and he failed to get anywhere near 51%, so there’s a runoff. He has to run against Karen Handel.

RUSH: What he’s alluding to is that this election, if Ossoff wins this, that it will further the need for an independent counsel. One election in one district in Georgia will mean that. And when we get to the special election in May on the 25th — 10 days from now, Montana — it’ll mean whatever is big right before that with the Drive-Bys. It’s just incredible. They assign all of these meanings to these elections based on what they want to be able to report after the Democrat wins. But the Democrats are not winning elections.

I’m not… My guess is they’re gonna lose these two as well. Because the Democrats are still not being honest with themselves about what happened to them. You know, a lot of people voted for Trump knowing full well what the baggage was. They didn’t care. The Trump election was, in fact, about issues. It was dead-set on issues, and this is what the media refuses to understand. They know it; they just don’t want to believe it, and they don’t want to acknowledge it. They think that it was an election about Hillary being a rotten candidate.

RUSH: Mike, Johns Creek, Georgia, great to have you with us on the EIB Network. How are you? 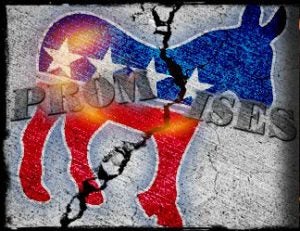 CALLER: Hi. Doing well. Good to talk to you.

CALLER: (garbled cell) I’m calling because I’m in the 6th congressional district of Georgia, and seeing firsthand the commercials for Jon Ossoff (unintelligible) and at the very, very beginning they had some commercials that were, “Hold Trump accountable if he embarrasses us,” something that identified him as a Democrat. But in recent months, it’s been nothing but he respects our money. He will bring jobs to the area. He’s running… Essentially, if you didn’t look — if you closed your eyes and didn’t look — you’d think that he’s running as a Republican. And then the ad campaign against Karen Handel, who’s, you know, also in the running. Everything about it is about how she is wasteful of money. So they’re essentially (unintelligible) running a Republican against a Democrat, but they’re flipping the names.

RUSH: You know, I didn’t know that. I hadn’t yet taken the time to learn what’s going on in that campaign. But this doesn’t surprise me. It’s a local election, a district congressional election. The Democrats are losing. And look, folks, I don’t mean to beat a dead horse here. I’m not doing anything other than pointing out what’s actually factually happening. I’m not drawing any inferences from it. The Democrats are actually losing as themselves. They are losing elections if they are honest about what they want to do. It doesn’t surprise me at all that Ossoff would be running around…

It’s a Newt Gingrich district, for crying out loud. Now, it’s not the same makeup as when Mr. Newt was being elected there, but it’s still a conservative district. It doesn’t surprise me at all that this guy would be running around trying to make people think that he’s fiscally responsible and not a Democrat in that regard. And in that district, he could probably do it with not too much hassle because I doubt that there’s…

The majority of the district there is not gonna be rabid leftists who would consider him a traitor. They’re fine. All they care about is him winning the election. They don’t even care about this guy, folks. I mean, he’s the Pajama Boy. What they want is to be able to define what the election means if he wins. So they’re gonna say that this election is a referendum, say, on Comey’s being fired or a referendum on the Russian-Trump collusion or what have you.

It’s just like when Trump made his speech, his commencement speech at Liberty University, I saw something that I’ve never seen. ABC News was there, and they’re running around asking the parents of students at Liberty University what about Trump they don’t like. Are you upset that Trump is here? Do you wish Trump were not doing the commencement speech? What about Trump’s presidency are you unhappy with?

Do you ever remember any such reporting at an Obama or Michelle Obama commencement? Of course not. And Trump was loved and adored at this thing, and he had some great things to say.