The Media Sets the Narrative — and the Democrats Follow

RUSH: David Asman last night, Fox Business Network’s Making Money show. He was filing in and he had a guest, the editorial director from the Washington Examiner. Asman loves my theory that it is the Drive-Bys leading this show and leading the Democrats around by the nose. 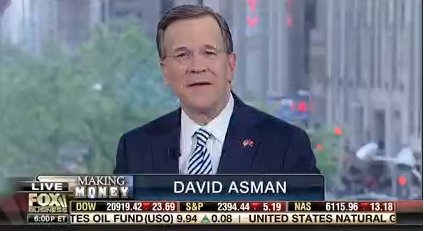 ASMAN: I love Rush Limbaugh’s description of how he thinks everybody’s got it wrong. Most people think it’s Democrats influence the media. He says it’s exactly the opposite, that the media is actually now in charge and really kind of guiding all of the various political narratives that are picked up by politicians. Do you see any of that? 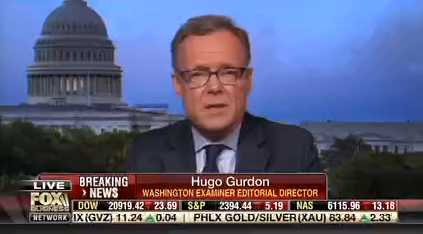 GURDON: I think there’s a lot of truth in that. The media are immensely powerful, and, I mean, they have been described by the president as, you know, his enemy or the enemy of the American people — and, to some extent, they are proving him right. There’s a lot of what is going on in media reporting which shows a distinct animosity towards him. I think even if one doesn’t get to impeachment, there’s no downside on this for the Democrats because they are undermining the president’s ability to govern. If they can make him a failed president, that’s pretty much as good because they can win in 2020.

But when 24/7 the media is lying to you with fake news story after fake news story, and telling you how the Trump White House is out of control, and that everybody hates everybody, and nobody knows what anybody is doing, and Trump’s incompetent? A steady diet of that will do two things. It will shape public opinion, and it will embolden the Democrats and tell them how to go out and handle this. So the media starts this ball rolling with all of this coverage and opinionating.

And then the Democrats get their talking points from the media and go to the microphones and repeat what the media has said or get close to it, and that’s how the story is built and extended. My point here is that the Democrats are not originating this. Now, the Democrats and the media are the same people. But the Democrat Party, on its own, does not have the ability to do what the media is doing. Now, you may think it’s six of one, half dozen or another, because if the media…

If the Democrats — if any Democrat like Chuck Schumer, Pelosi, whoever — went out there and started raising hell? Yep! The media would be right there reporting it. But the coordination, the theming, the building of the narrative, the talking points, it all comes from the media. It’s not coming from the Democrats and the Democrat Party. The Democrat Party electorally is a failing concern, but the media is not. And if the Democrats didn’t have the media…

Well, it’s silly to discuss it because it will never be the case. Do you want an illustration? We have another montage, and this is after — largely after — the White House press briefing yesterday conducted by Sarah Huckabee Sanders. We have — let’s see — one, two, three, four, five, six, seven people. They are from CNN, ABC, and I want you to listen to how they all describe this. This is from yesterday afternoon/last night, after the Sarah Huckabee Sanders press briefing.

JAKE TAPPER: I don’t even know if the White House understands that this is something of a crisis of credibility.

DAVID CHALIAN: What we have here now is a White House in a crisis of credibility!

JOSH EARNEST: … a self-inflicted crisis, and there is a yawning credibility gap!

ATHENA JONES: This suggests a real crisis of credibility.

DAVID MUIR: What about credibility here?

RUSH: This is how it works. There’s not one Democrat, by the way, in that montage. That’s all media. It’s all media. Josh Earnest is a former press secretary for Obama. He’s now an “analyst,” I think, at MSNBC. The names are Chris Cuomo (son of Mario “The Pious”), Jake Tapper, David Chalian (or Chalian, I don’t know how you pronounce it) of CNN, Josh Earnest, Athena Jones, Brooke Baldwin, David Muir. It’s all media, and they’re all saying the same thing. And they weren’t clued in by anybody on the Democrat Party what to say. They’re starting the ball rolling. They’re the ones setting the tone. They’re establishing narratives. They’re creating talking points. The Democrats are following along.