Caller Gets Emotional Contemplating a World Without Rush

RUSH: Brecksville, Ohio, next. Patrick, thank you for waiting, and welcome to the program.

RUSH: Thank you. Thank you, sir, very much.

CALLER: Absolutely. Thank you. I hate to disagree with you. I disagree a little bit. I think we’re kind of maybe on the same page a bit. But I disagree with your assessment that Dems are kind of just nuts and a little unhinged. You know, I really think we gotta go pedal-to-the-metal here. Maybe I’m a little more rabid than your last caller, but I really think that we’re seeing the face of fascism here. I mean, it really is reaching a critical mass. I know I’m gonna quote you a little bit from the past where you’ve said, you know, we used to laugh this stuff off and it was a big joke.

It’s becoming less and less of a joke. You know, when I talk to average, hardcore liberals, you know, I sense that they’d be just fine with some gas chambers for conservatives and Republicans. Look at how we’re hated. And I think, you know, the vast majority of people in this country voted for Trump, so I do have a lot of hope there. But I think that when you have the media really carrying the water and so much propaganda, that I think we’re really experiencing what it’s like to have, you know, the beginning stages of a fascist/communist regime takeover. They’d try to do it.

RUSH: I totally agree with you, but it doesn’t make me change my attitude that they’re insane.

RUSH: I think their minds are rotting with hate and poison, but I don’t doubt that they’re serious.

CALLER: And that was a good point, because when you did say that, you clarified the comments a little bit later and I thought to myself, I think that’s the trap we have to be careful. I don’t want to fall into that same trap, either. I don’t want to become like them, and I work hard not to. You know, I try to stick to the facts. But at the same time, I think we can’t always be erring on the side of, “Oh, we gotta be the nice guys.”

CALLER: We got put the pedal to the medal. That’s what I kind of came around to.

RUSH: You’re preaching to the choir here on that. And you’re right, by the way. I have said many times the program started all the way through the nineties, they’d do this crazy, lunatic stuff. We laugh at it, thinking nobody’s gonna believe this, and here we are. Nearly half the country does believe this stuff, and they are fascist, and they could be purchased. They can be bought to protest and destroy and riot and explode and burn things down. They can be… I totally agree with you that we are dealing with a fascist, anti-American uprising that the Democrat Party has endorsed now and signed onto and has become the electoral vehicle for. No disagreement with me on that at all.

RUSH: But I’m still telling you that this is not normal.

CALLER: Yeah. It would eat you up. You can’t sustain it. It’s not sustainable, and that’s why I don’t think we can —

RUSH: Yet they are!

CALLER: Luckily they’re losing, though. That is the one hope that I get out of the Trump election. Can I make one last comment? 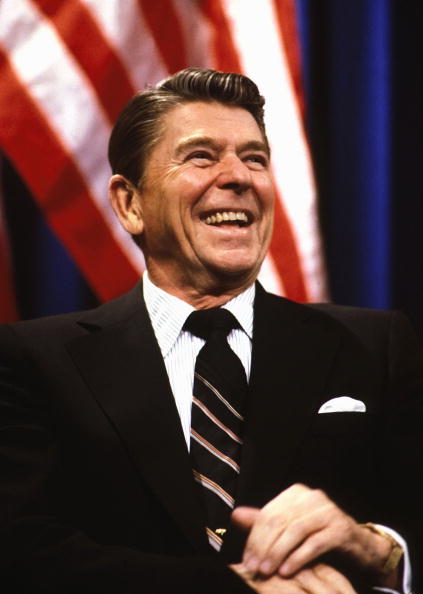 CALLER: You know, I haven’t talked to you in a long, long time. Um… (chokes up) Um, I’m gonna lose my composure, and we’re not looking for you to go anywhere for a long time, but when that day comes, you’re gonna need to have laid plans for a Ronald Reagan-type commemorative.

CALLER: I was actually… I stood in line for eight hours, and it’ll be (chokes up) the saddest day of my life when you go.

CALLER: I’m sorry. I’ve listened to you since I was about 19, and you’re an inspiration. You’re one of the few people that I would have (chokes up) that sentiment for. So I apologize. I’m losing my composure there. Thank you for everything, Rush.

RUSH: Patrick, thank you for calling. I appreciate it. They told me on the other side of the glass he was crying. I could tell. Um…. Man, that’s… Whoa. Well, the only thing I can tell you is that I’m not envisioning that day. Wshew! That’s deep. That I need a Reagan-like event, and that he’s going to cry. That’s… Damn. Let me take a brief time-out. I don’t know quite how to react to it.