RUSH: The first gay mayor of Seattle, his name is Ed Murray. He has just dropped out of the reelection race amid allegations that he sexually abused young men. What? Well, that’s what it says. But, you know, this is just the tip of the iceberg. This guy… You want to talk about a kook? This guy is a full-fledged, unadulterated, undiluted, raw kook. I hold here in my formerly nicotine-stained fingers a story from Reason magazine: “Seattle Mayor Proposes Soda Tax to Fight White Privilege.” A soda tax — like Coke, Pepsi, whatever — to fight white privilege.

“Determined to silence local critics who have suggested he isn’t America’s most progressive mayor, Seattle’s Ed Murray has packed so much conflicted social justice into a simple soda tax no one in [Seattle] is quite sure what to make of it. After it was suggested to him his proposed two-cents-an-ounce tax on soda sweetened with sugar…” Let me go at this a different way. This guy suggested, proposed a two-cents-an-ounce tax on soda sweetened with sugar.

Some of his advisers said to Mayor Murray, that’s unfair. This tax burden “would be borne disproportionately by the poor and people of color.” Because, you see, it is the poor and people of color who buy soft drinks sweetened with sugar. So the mayor, Ed Murray, lowered the tax and then applied it to all sweetened drinks, including diet soda. The theory is that diet drinks “were more likely to be consumed by ‘upper middle class white people.'”

So the issue “had become for him ‘an issue of equity,’ a way to tackle ‘white privileged institutionalized racism.'” So in Seattle, it is presumed that if you buy Diet Coke, Diet Pepsi, Diet Sprite, Coke Zero, Pepsi Light, whatever it is, you are part of an institutionalized white privileged racism. You are a white-privileged racist, if you drink diet soda, because the Trayvon Martins and Michael Browns of the world drink regularly sweetened soft drinks.

And it would be unfair to have a tax on drinks sweetened only by sugar because of who predominantly buys them, supposedly. Now, Mayor Murray “had originally proposed the soda tax during his state of the city address in February. He said he hoped to raise $16 million in its first year to fund everything from an additional year of early public education to subsidies for food stamp recipients to shop at farmers’ markets.” Food stamps are already a subsidy! Does anybody not get that? 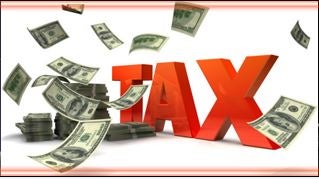 “[S]ubsidies for food stamps [so that the recipients can] shop at farmers markets”? Now, the rationale for this “was to ‘dramatically reduce the consumption of these unhealthy products’ as an attack on health problems, primarily obesity, in Seattle. The tax, Murray said, would pay the second dividend in better educations and economic opportunity. ‘Healthy kids get better educations and are more likely to have a brighter future,’ Murray said.”

Does this mean that kids drinking regular Coke and Pepsi are destined for failure or a blighted future, and people drinking diet drinks are slated for a more upper-class existence, and that just isn’t fair? This is the way this guy thinks. Well, the detractors came out of the woodwork, and they started claiming that this “progressive” mayor was actually instituting a very “regressive” tax.