Macron Speech to Congress Goes Off the Rails

RUSH: Yeah, the little guy was just cruising right along. It was as good a speech as Nicolas Sarkozy gave. I don’t think people remember this, but Sarkozy, when he was the president of France, came to Washington, had a big state dinner and had a joint speech, had a speech before joint session of Congress. And he dazzled and he wowed everybody. And the guy came off as much more of a patriotic conservative American than any Democrat in the House of Representatives. 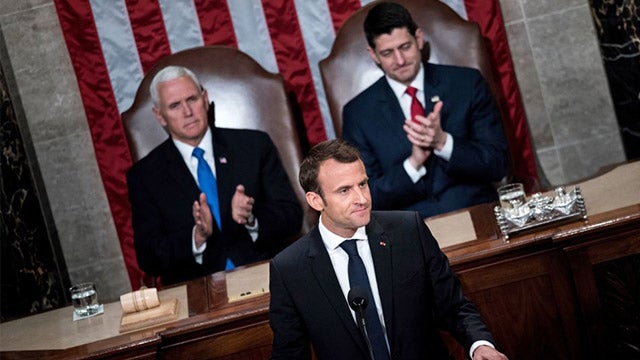 And then the guy says, “I am sure, I am sure that one day the United States will rejoin the Paris accord.” And once again the Democrats stood up and went nuts. I’m thinking the only way that’s gonna happen is if we ever elect a Democrat again and global warming is still a big issue out there, which, I should say climate change, it will be, because it isn’t gonna go away.

And then the guy goes off the rails talking about globalization, saying nationalization is bad, we can’t do this nationalization stuff because the world is gonna continue to evolve. We cannot get into isolationism, as though that’s what the United States is involved in. It’s not. We’re not becoming isolationist. This whole definition of nationalism and populism, nationalism by itself as though it’s some evil word or bad thing.

But this guy goes off the rails insisting on globalization, “The Paris accords and returning to them so that the world can save planet A, ’cause there is no planet B.” And then giving the Iranians nuclear weapons! I mean, it was a giant disconnect. I think the guy was trying to placate everybody in the audience and certainly his audience back home where he’s in ratings trouble. He’s in presidential approval number trouble, are you aware of that? The guy’s the approval numbers have sort of plummeted in France. 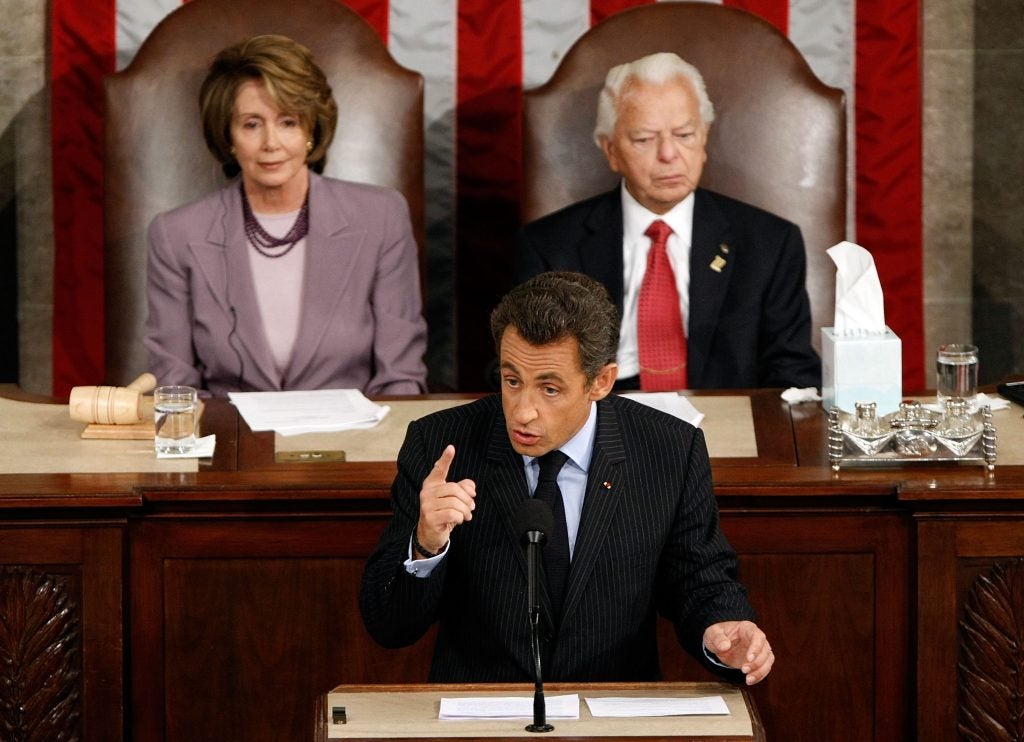 But he also was great in detailing the genuine history between France and the United States. It was good. Sarkozy was better because Sarkozy was consistent throughout, but I’ll never forget the Sarkozy speech because I was stunned by it. I mean, I literally thought I was listening to somebody born and raised in this country who got it, who understood. And it was a pleasure to hear because you just — even from the French president back then — and today, too, Macron said things you just don’t hear Democrats of today talk about, unless they’re ripping it or criticizing it.

We might have some sound bites. It’s not a crucial thing, but I thought that I would, in response to this, you know, we got a little story here: “Climate Change Is ‘Not As Bad As We Thought’ Say Scientists.” This is in a London paper, a U.K. paper. It’s The Express. “Climate change is likely to be markedly less severe than forecast, a study claimed yesterday. It predicted that the impact could be up to 45 per cent less intense than is widely accepted.”

Still just another forecast. There still isn’t any empirical data in any of this climate change stuff. You realize — seriously, folks — the only, quote, unquote, evidence for climate change is computer models? I’m not making this up. There isn’t any empirical evidence that there is abnormal warming taking place. All there are is a bunch of computer models that predict it.

Of course, computer models are only as good as the data that’s input, and the data that’s input is biased, of course, by people who are politicians, not scientists. They’re disguised as scientists. They’re actually politicians. Aside from the computer models predicting things 30 years from now, 50 years from now, there isn’t any evidence of climate change. The sea levels are not receding. New islands are being created, by the way. That wouldn’t happen if the sea level were receding. There’s all kinds of evidence to refute the allegations.

But there isn’t a shred of evidence. All there is is a bunch of fear by Millennials who’ve bought into all of this that the planet’s not gonna be habitable by the time they are 60 or 65. And so their fear of that sort of governs their belief in the climate change issue. Plus, fear and fright are two of the key techniques used to persuade people, particularly young people today. They work. But there isn’t any evidence. It’s just like this “Climate Change Is ‘Not as Bad as We Thought’ Say Scientists.”

There isn’t even any science in climate change, when you get right down to it. No settled science is ever declared settled because of computer models. Anyway, it “predicted the impact will be up to 45% less intense than widely accepted. But the study emerged as other scientists said winter waves pounding the Scottish and Irish coasts have grown by up to 5 feet, 6 inches over the past 70 years.” (laughing) That is impossible to measure! The height of waves?

I can take you out here in March, and I can show you the height of waves out here on the Atlantic Ocean that we don’t usually see in March. It had nothing to do with climate change. It had everything to do with high- and low-pressure areas. Every time a cold front goes through here, the height of waves — cold front, not warm front. When a cold front goes through here is when the surfers go nuts. They take up all of our parking spaces, block up all of our roads. You can’t get home because of the surfers!

And they’ve never surfing in the summer. There aren’t any waves in the summer unless there’s a hurricane’s out there. They’re always surfing in the winter. Anyway, I just wanted to share this because something is making this group dial this back. Who is this group anyway? (muttering) “A study in the Journal of Climate predicts rises of…” The typical bogus, nothing to see here. It’s just a political movement that is disguised as science.