Why’s F. Chuck So Worried About How Democrats Spend Money?

RUSH: Here’s F. Chuck Todd, NBC. He was talking to Tom Perez, the Marxist leader of the Democrat National Committee now. This was yesterday on Meet the Press. Remember, Chuck’s wife is a Democrat consultant, which means she makes money running Democrat campaigns. And the campaign that she was heavily involved in in 2016 was Bernie Sanders’. During the primaries she made a lot of money on that campaign. Consultants make a lot of money in a percentage of the advertising that’s purchased, and of course there are other, as in the case with consultants, hidden fees and things like that all over the place.

So I find it interesting that F. Chuck is talking to Perez about this lawsuit that the Democrat National Committee has announced, Perez announced. They’re gonna sue WikiLeaks, they’re gonna sue Russia, and they’re gonna sue the Trump campaign. They’re not suing Trump personally. But they’re suing the Trump campaign, WikiLeaks, and the Russians because Mueller can’t find anything. So I find it really interesting, Chuck Todd’s question is, “I’m gonna ask you how much money is this gonna cost the DNC? How much money are you taking away from 2018 to spend on 2016 and Russia?”

Now, why, of all things to ask this guy about his lawsuit, F. Chuck Todd asking about the money. Well, let’s play the game the way the Democrat media does. Could it be that Chuck is worried that all of this money being spent on this lawsuit will mean less money spent on people like his wife in hiring consultants and so forth to run the campaign this year and 2020? Chuck Todd is a journalist. Why is Chuck worried about the money the DNC is spending? What does he care? He’s an independent, objective, and fair and balanced journalist. What possible interest could he have in the money that they’re spending? Here’s Perez’s answer. 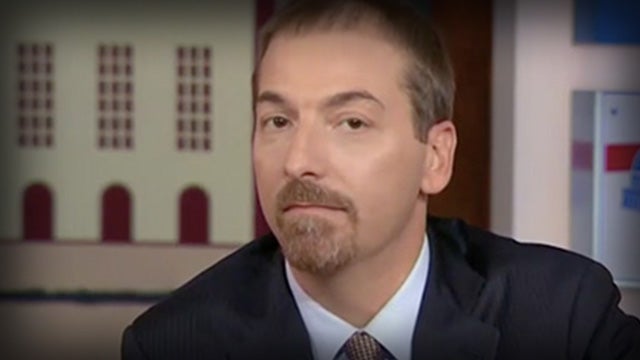 PEREZ: Chuck, we can’t afford not to do this, because when you look ahead and you see what was done before and what they’re trying to do again, our democracy is at stake. It’s hard to win elections when you have interference in elections. We’ve been winning elections. We know how to walk and chew gum. We’ve got boots on the ground right now in Arizona. We have a great candidate. She’s an undeniable underdog. We’re fighting there. We just won in —

TODD: You didn’t answer. How much money is this lawsuit gonna take this year? Millions?

PEREZ: I don’t know the amount of money that it will take, but I’ll tell you, it’s hard to put a price tag on preserving democracy.

RUSH: Come on, Perez. These guys are pathetic. “Chuck, we can’t afford not to do this, ’cause when you look ahead, you saw what was done before and what they’re trying to do again. Our democracy’s at stake.” It is, actually, but not from the Russians. Our democracy is at stake because of liberalism, which does not believe in democracy. Liberals really, bottom line, do not believe in democracy. But I still find it fascinating that Chuck’s concerned with the money.

Why would he be concerned that Democrats are wasting money on a lawsuit? I mean, he knows they’re not gonna win it. I’m gonna tell you, this lawsuit’s gonna get thrown out if it ever gets anywhere, it’s gonna get thrown out. You mark my words. But before that, since Chuck’s wife’s income, and therefore the Chuck family income, is dependent on a lot of money flowing in campaigns, could it be that’s why Chuck’s worried it’s gonna be wasted in a lawsuit? I don’t know. But I think that’s how Democrats in the media would report on potential collusion and conflicts and so forth.

Now we move on to Stephanopoulos and Sunday This Week. He’s got two guests here. He’s got Dan Abrams, who is their chief legal analyst and who started the website Mediaite. He’s also got a legal website the name of which escapes me now, and Professor Dershowitz. These are the two guests. Stephanopoulos kicks it off, he says to Abrams, “After a raid like this” — this is the raid on Cohen’s home, his apartment, and his office, Trump’s fixer lawyer — Stephanopoulos says, “After a raid like this, the chances of an indictment,” meaning Cohen, “Are pretty high, right?”

DERSHOWITZ: And if you believe, that I have a bridge here I can sell you in Brooklyn.

ABRAMS: Oh, come on. You’re actually gonna say that a judge signed off on a warrant to get —

DERSHOWITZ: There’s no way in which they would go after Michael Cohen if they weren’t interested in his client.

RUSH: That Dershowitz. That make sense to you all? So Abrams is saying, hey, look, Trump’s been told he’s not a target. This search warrant, they’re going after Cohen. Cohen’s the bad guy, Cohen’s a criminal. They’re not going for any on Trump. And Dershowitz can’t believe what he’s hearing. “If you believe that, I got a bridge in Brooklyn I want to sell you.”

DERSHOWITZ: They wouldn’t have even looked at what he was doing if he weren’t the president’s lawyer. They are going after him for two reasons: One, to try to flip him; and, two, to try to find information that would show that there’s an exception to the lawyer-client privilege under the crime fraud. You know, if you’re gonna —

RUSH: Well, they are, obviously, but Mueller referred it to them. So what do you think about that? Going after Cohen, search warrant for Cohen to find evidence on Trump. There’s no question that that’s true. But if they can take out Cohen they’ll do it, simply because he is tight with Trump. No question about it.