RUSH: The Trump agenda, by the way, continues to be implemented. How about this? Mike Pompeo… On one hand over here we have the left telling us Trump’s a bumbling fool and idiot, doesn’t know what he’s doing. He’s not smart, he’s not sophisticated, he’s totally self-absorbed and so forth. On the other hand here, we have an American administration for the first time in 60 years that looks like it’s gonna make progress with North Korea!

How many administrations have we had that have done nothing but talk about it? They’ve said the exact right words, and they have issued demands via words, and they have told Kim Jong-un he better stop it, like Obama told Bashar al-Assad, “You better not cross that line!” We’ve had all kinds of administrations, all kind of State Departments threatening these guys telling ’em, “You better not or we’re gonna really get mad! 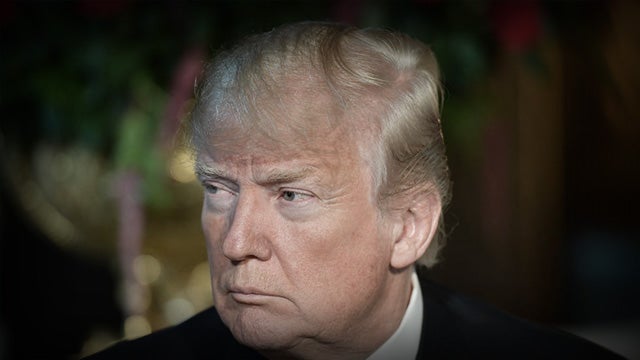 “If you do it again! If you violate this one, we’re gonna really, really get mad.” Meanwhile, in the Clinton administration we actually sent the North Koreans things that would help them build up their electric grid. During the Clinton administration, we actually used the Commerce Department to send technology to the ChiComs to help them learn how to get satellites to stay in orbit.

And we had the Clinton State Department and the Obama State Department basically appeasing every enemy we’ve got and telling every enemy we have that we understand them looking at us as an enemy because we’ve had our problems in the past too, and we understand that we can’t preach to you about morality ’cause we don’t have any ourselves. Donald Trump runs for office for many reasons, one of them fed up with that kind of positioning of the United States in the world.

So he comes into office, campaigns for office on the premise he’s gonna kick the you-know-what out of ISIS, proceeds to do so. Now Pompeo secret meeting with Kim Jong-un, even before he’s been confirmed as secretary of state, and even the Drive-Bys are saying, “He might not be confirmed.” Really. Secretary of state, secret meeting with the North Koreans, they take the meeting, meeting supposedly productive, and the Democrats, “Well, yeah, it’s a little premature, might not survive confirmation process.” Even though he survived the confirmation process to be director of the CIA.

You look at what Trump is doing in foreign policy, it’s nothing short of jaw dropping. No administration of four to eight years has achieved what Trump has in less than two years. Think about Trump ending the DMZ in Korea and rejoining North Korea and South Korea. “Rush, come on, that can’t possibly happen.” Well, neither could it possibly happen that we would ever sit down and have chat with Kim Jong-un or Kim Jong-il or any of the other Kim Jongs. But we have.

Secret visit, Mike Pompeo. I guarantee you this is nothing short of an earthquake, and these clowns in Washington so focused on Comey and so focused on Mueller and so focused on the investigation, I guarantee you they’ve been blindsided by this. Trump’s want supposed to be able to pull this off! Trump’s not sophisticated enough. Trump doesn’t know how the State Department works! Trump’s not supposed to be able to reach out to these murderous thugs and create a dialogue with ’em. You need trained diplomatic specialists in the State Department to do this. Trump can’t do it.

And yet Trump is doing it. We’ve had a 68-year standoff with the North Koreans. Think about actually removing the threat of nukes from that nut job. We’re closer than any other administration has ever been, and yet we continue to hear that Trump doesn’t know what he’s doing.

\We’ve got the Saudis. This new crown prince, Mohammed Bin Salman, wants to take up his own defense. He wants to use his own military to defend his nation. He wants to have a military presence in the Middle East, not just because of what’s going on in Yemen, but everywhere. In all of the chats that we have had in the last 60 years about the Middle East, the idea of the Saudis becoming a genuine ally aligned with the American cause? Saudi Arabia is the home of Wahhabi Islam, which is what led to 9/11!

Now we’ve got a Millennial crown prince who wants to drastically change the direction of his country and modernize it. And is meeting with all kinds of American businesspeople and entertainment people, getting a hand on cultural things. He’s trying to modernize his country and wants to be able to defend his own country with his own military. Didn’t happen under Obama or any other previous president. Saudi Arabia becoming a true ally.

And the fake Russia investigation and James Comey, Planned Parenthood, raising taxes, actually trying to take guns away from law-abiding people. And making it plain they value illegal Americans more than they do American citizens. And they think that stacks up against what Trump has done and continues to do, and they think it stacks up to a landslide win? Somebody help me understand this.