RUSH: President Trump has made it official, it has been discussed all morning long that he has now pardoned Scooter Libby, and finally justice prevails. Scooter Libby, investigated by a good friend of James Comey, that would be Patrick Fitzgerald. and that special counsel investigation was to track down whoever had imperiled the life and work of Valerie Jarrett, a CIA agent, and the CIA.

And when that investigation began, who leaked her name? It was already known who did. His name was Richard Armitage, a buddy of Colin Powell over at the State Department. Patrick Fitzgerald knew that it was Armitage. This was the case where Judy Miller, Judith Miller at the New York Times, went to jail for refusing to reveal sources for over a month.

She was on Fox today applauding this upcoming pardon ’cause Scooter didn’t do anything. They got Scooter on a process crime. They brought him in for umpteen thousand interviews and in one interview he told a slightly different story about something than in a previous interview, and Fitzgerald pounced. And he was found guilty and was ordered to go to jail. 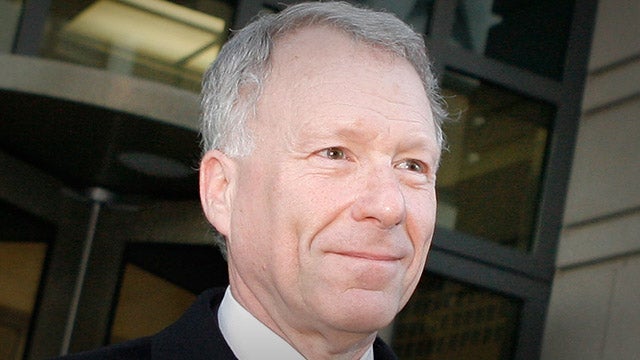 The judge did probation or some such thing, there was no jail time, and Bush commuted the sentence but didn’t pardon him. Dick Cheney begged George Bush to pardon him. He didn’t do anything, he didn’t leak her name, he had nothing to do with it, and George W. Bush wouldn’t because he didn’t want to, I guess, sully the justice system. And it caused a little bit of a riff for a while between Cheney and Bush. And now Trump has come along and made this right by pardoning Scooter Libby.

He got his law license back. He was involved in the Iraq war. He was very much involved in Iraq war policy while working for Cheney. The Iraq war was really what they were after. Remember, they were trying to criminalize the Iraq war and Bush for fighting it. I talked about that last night in my little remarks at the MC-LEF dinner. John Kerry and Jack Murtha agreeing with the charges that U.S. Marines were rapists and terrorizing women and children in their homes in Baghdad. It just ticked me off, all of this stuff.

So Trump comes along and pardons Libby. And you know what the Drive-Bys are saying? The Drive-Bys don’t even care to look at whether or not this is the right thing to do. The Drive-Bys are saying that Trump is firing a warning shot across the bow of Mueller. Trump is showing Mueller that he can pardon everybody and everybody he wants. “So you better be careful, Mueller. You better not go too far, Mueller, ’cause I’m gonna sandbag you. I’m gonna pardon everybody.”

And nobody knows why Trump did it other than Scooter Libby got railroaded years ago. And his own party did it, and his own party wouldn’t fix it. Trump comes along and fixes something, but no, it’s not that, it’s Trump trying to tell Mueller, “You better watch it, buddy, ’cause I can pardon everybody, including me!”

I really can’t stand these people some days.