The Cohen Raid Has to Be About More Than a Campaign Finance Violation, Right?

RUSH: Closing out the hour, this raid of Michael Cohen’s home, office, hotel room, it better be about more than just a campaign finance violation. If they don’t produce something big out of this, then some people ought to be in serious career jeopardy, if this ends up turning up zip.

RUSH: Senator Chuck You Schumer had taken the floor of the U.S. Senate. And he was going on and on and on about how the president better be very, very careful here because this was a bipartisan investigation that was very, very thorough, and it had very, very high thresholds in order to be granted a search warrant.

The point that Schumer was making, if Trump wants to see this as a political conspiracy, he can, but Schumer knows that the hoops and the high bars lawyers have to jump over in order to have a search warrant granted means that something very, very serious has happened here. And the president can ignore that if he wants, but he could be in serious jeopardy because search warrants like this are very rare. 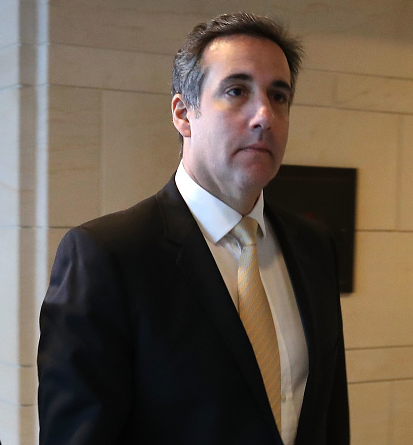 Lawyers do not like to grant search warrants that might end up violating attorney-client privilege. They would only do it if there is something really, really serious here. And then Chuck You Schumer said, “And the president should know that every lawyer in this process is a Republican.”

Now, that is supposed to mean that it’s eminently fair, that there aren’t any liberal Democrats pursuing Trump on this. Mueller and the lawyers at the SDNY and the FBI doing the investigation for the SDNY, every lawyer here and every DOJ employee on this case is a Republican.

Well, so is Bill Kristol, and he can’t wait for Trump to be gone. I mean, so is every other Never Trumper out there a Republican. In fact, many of the Never Trumpers used to be considered the definitions of the conservative movement. And even while many of their policies they’ve dreamed up their whole lives are being implemented, they want Trump gone. But, this story just cleared TheHill.com, and it’s actually a story about what’s in the New York Times. Remember what Schumer just said. This has gotta be really serious, really serious, because magistrate judges just don’t grant search warrants like this that might involve the violation of attorney-client privilege unless there is something really big, really bad, really, really dangerous.

Several people briefed on the investigation — here we go with the leaks — told the New York Times that FBI agents were looking for information on Karen McDougal, a former Playboy model who alleges she had an affair with Trump as well as Stormy Daniels. Last month McDougal sued American Media — that’s the company that owns the National Enquirer — so she could break her silence about the alleged affair, which she has broken.

She went on CNN and 60 Minutes for a big, long interview. Will I think 60 Minutes. Maybe it was just CNN. But I saw it. AMI, American Media Inc., The Enquirer paid her $150,000 for her story about the alleged affair and then withheld it from publication, according to the Times. And you know why that happened, don’t you? Well, because the head honcho of American Media Inc. is a good buddy of Trump’s, and Trump is able to kill stories about himself in the Enquirer.

Karen McDougal alleges she was misled by American Media and her lawyer at the time about the deal. FBI agents also wanted documents related to Cohen’s payment to the adult film star Stormy Daniels, who claims she had an affair with Trump more than a decade ago. If this is it, then they really have got nothing! If this is it, if they’re trying to get campaign finance violations on Cohen, and by extension, Trump, and if they’re trying to interview these women with whom Trump has had affairs whom both have gone public now, if that’s it, that’s why they raided? 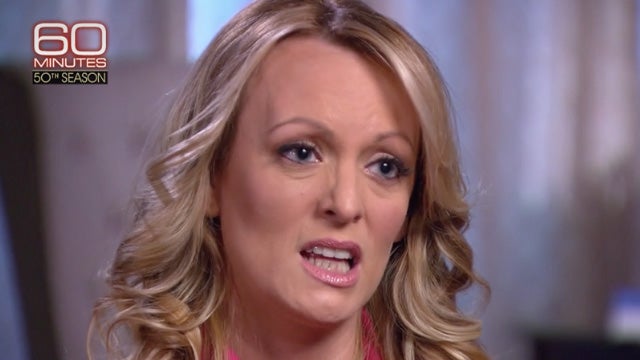 Even this sounds like it could be part of a setup. Every media person, “This sounds like a campaign finance violation, paying off the woman 12 days before the election or whenever it happened.” Are we to believe that Mueller didn’t know anything about this until the 60 Minutes interview of Stormy Daniels and then saw what he saw, got outraged and decided to take action on this? That’s just a guess. I mean, who knew what she was gonna say before she went on 60 Minutes.

Did 60 Minutes cause all this? Well, regardless whoever caused it, if this is all this raid is about, then there have got to be some career lawyers who’ve worked for government who’ve got to stand up and say this is unacceptable. Now, again, this is not Mueller. Mueller referred this to the Southern District of New York, which by the way expands the investigation, folks. This is another thing to note here.

The Mueller investigation is what it is, and it hasn’t found anything. And so Mueller, I’m sure, didn’t want to take this on himself because that would mean dealing with charges that he’s just fishing and looking for anything. So he refers this to the U.S. attorney’s office Southern District of Manhattan. This is a whole new ball game.

This is a whole new investigation that’s just starting. And in a legal sense it really has nothing to do with Mueller’s investigation. SDNY can take another two years looking into this if they want. And the guy run the SDNY is I think a Trump appointee. Preet Bharara, who was a close associate of Chuck You Schumer, had that gig under Obama. And I think — if my memory on this is right, Trump fired Preet Bharara — yeah, Bharara wasn’t actually on a rampage ever since, but the point is the Trump appointee Southern District New York is obviously green lighting this.

So when I heard that this had all happened, I said it’s gotta be about more than Stormy. I’m sure the bank fraud and campaign finance, they’ll do anything to get rid of the guy. But, you know, I bought into this idea that you just don’t have a search warrant granted chump change. This has gotta be very, very, very serious. Of course, you know what, folks? That’s what they used to tell us about FISA warrants.