With No Sources, Media Reports Gen. Kelly Frozen Out at White House

RUSH: Folks, there is a story out there. Well, there’s a bunch of stories. This happened just before the program began. I am gonna read you the headline and some excerpts, and I want you to know — don’t doubt me. Trust me. There is not a single source cited in this story. There is no evidence. There’s not a source. There’s not a leak.

It’s a story from the Associated Press. Headline: “‘Tired of Being Told No,’ Trump Freezes Out Chief of Staff.” That would be General Kelly. “When President Donald Trump made a congratulatory phone call to Russian leader Vladimir Putin, White House chief of staff John Kelly wasn’t on the line. 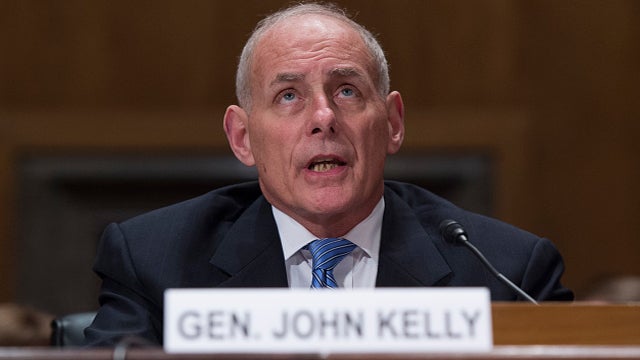 “When Trump tapped John Bolton to be his next national security adviser, Kelly wasn’t in the room. And when Trump spent a Mar-a-Lago weekend stewing over immigration and trade, Kelly wasn’t in sight. Kelly, once empowered to bring order to a turbulent West Wing, has receded from view, his clout diminished, his word less trusted by staff and his guidance less tolerated by an increasingly go-it-alone president.”

“Emboldened in his job, Trump has rebelled against Kelly’s restrictions and mused about doing away with the chief of staff post entirely. It’s all leading White House staffers and Trump allies to believe that Kelly is working on borrowed time. In recent weeks, Trump has governed at breakneck pace, ousting aides and issuing surprise policy announcements on Twitter, recreating the helter-skelter feel of his first months in office.”

“In Trump’s West Wing, once the rumors begin that an aide’s exit is forthcoming, the ‘stink’ on that staffer never leaves, according to one of the nearly dozen White House aides, former administration officials and outside advisers who spoke to The Associated Press under the same conditions.”

In other words, Trump is no longer talking to his chief of staff. Trump has sent him packing, done everything but fire him. Trump’s firing on his own. Trump’s running around, he’s got every bit of ammo he wants, he’s doing the firing on his own, pulling the trigger on his own, not consulting anybody. Not one shred of evidence. By the way, that wouldn’t bother me. I’ve often thought if I was president I’d need half the advisors the normal president has. Why do you need an adviser to tell you what you already think and know?