If a Blue Wave Is Building, Why Do CNN & MSNBC’s Ratings Suck?

RUSH: I want to run two things by you here that seem somewhat contradictory. I want to get your opinion on something, since it’s Open Line Friday. The first story here chronicles the first quarter television ratings tanking for CNN and ESPN. CNN is continuing to lose audience.

Now, MSNBC is doing better, and it kind of mitigates my question a bit because MSNBC is radical left, and it is attracting an audience. It’s radical left insane, and it’s attracting an audience. It’s not outperforming Fox or anywhere close to it. Fox is still far and away numero uno. But CNN is tanking. They are continuing to lose audience and you might even say that CNN’s more radical, period, than MSNBC is.

MSNBC’s radicalness is insane liberalism. CNN’s radicalism is just insanity, period. I mean, the things that you can chronicle happening on CNN. CNN has one objective, and it’s amazing how they have been able to make this happen 24 hours a day, seven days a week. You can have management have a philosophy and even a directive.

Of course, “activists disguised as journalists” and the Drive-Bys had an absolute fit over this. This was autocratic. This was dictatorial. This was the Sinclair executives demanding that their employees say exact words in unison. Well, ask yourself this. How is it that 24 hours a day, seven days a week, no matter who is on CNN, it’s about one thing, and that is expressing hatred for Donald Trump that is aimed at getting rid of Donald Trump, that is intended to humiliate and embarrass Donald Trump. How does this happen? How does every employee at this place end up sounding like every other employee at CNN, if there isn’t a directive.

Now, the executive in charge at CNN would be Jeff Zucker, who used to produce the Today show. And I think he was prime time programming executive for a while on the West Coast for NBC. How is it that an entire network — now, they say Fox is always the same, but Fox isn’t. On every Fox opinion show, you’re gonna find a whole bunch of people who disagree with conservatism and with Fox hosts. Every night Sean Hannity is gonna bring in a cadre of leftists. Tucker Carlson’s show is practically all leftists being interviewed.

So if you were watching CNN on January 15th, you could not avoid their anchors, their guests, their analysts overdosing on pronouncing the filthy version of the word butthole. And they got away with it. They said, well, they were just quoting Trump. Trump was talking about all these other countries.

January 30th, CNN speculates — this is a day-long thing. CNN speculates first lady Melania Trump wore white to the State of the Union address to protest her husband’s extramarital behavior.

February 22nd, CNN was tracking down and harassing an elderly woman for being influenced by Russian trolls, when CNN itself covered a Russian orchestrated anti-Trump rally in 2016. 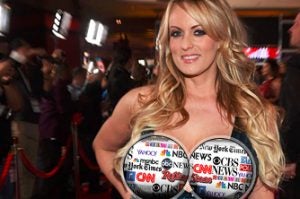 On March 31st, Jeffrey Toobin calls credible accusations of misconduct against FBI officials lunatic conspiracy theories. Now, you add all of these things to the never-ending Trump-Russia collusion obsession, the unsupported allegations that Trump is a racist, then you throw in the absolute childishness of their reporter Jim Acosta, and CNN has become a live, 24/7 embarrassment. And their numbers are plummeting. And you have to ask, do they not know this? Are they not aware that the numbers are plummeting? And if they are, are they okay with this?

Is the mission to get Trump so important that it’s worth sacrificing the business? ESPN, same thing is happening. ESPN introduced a brand-new early morning TV show with a bunch of hot new Millennial cohosts and anchors. And it bombed. It didn’t even have an audience, what was it, 283,000 viewers. The hosts alone on this show are making $15 million a year. They spent that much again promoting it and marketing it.

What’s this thing called — ESPN’s AM WokeCenter. That’s their hip name for Sports Center. And it debuted to the worst ratings ever for any new show in the modern era of ESPN. So what does this tell us, folks? Well, you have to throw MSNBC in here. Not an outlier. But because of the prominence of liberal opinion, radical liberal opinion, ESPN is losing subscribers in droves. And they’re losing audience in droves.

CNN has been losing audience and continues to, because they know no bounds. Bad taste, they’ll put filth, they’ll put trash, anything in the world. They’re losing audience left and right. Now, given that’s happening, would you think, would you think maybe we could correlate declining ratings, massively declining ratings, with potential problems that Democrats might have in November in the midterm elections? 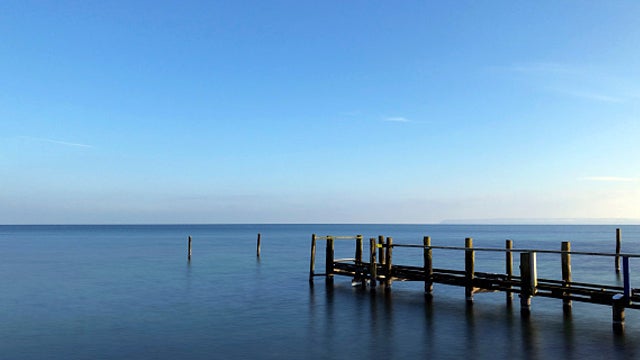 I’m asking. Is there any correlation to people in general tuning out CNN, tuning out ESPN? Does it say anything about left-wing energy and motivation? Because, look, if the anti-Trump world is as insane and lunatic as it is, CNN ought to be doing much better than they’re doing. But, folks, trust me, for me as one in the business, it is a disaster.

CNN is a business and ratings disaster. It’s a good thing that Time Warner has other areas to make up the financial loss and cover it in other areas. I suspect that may be why CNN’s allowed to continue as they are, because their loses are made up somewhere else in the company.

But does it say anything, because the conventional wisdom is it’s gonna be a blue wave. The Democrats are gonna run away with — in fact, the latest news is The Cook Report, Charlie Cook Report, the supreme election eagle beagle in Washington. What is he, a pollster, he’s an information gatherer. Anyway, Charlie Cook issued a blast today, just converted 13 likely Republican to likely Democrats. And people believe Charlie Cook, even though Charlie got it all wrong in 2016.

But Charlie Cook, his company has this image, this reputation that has not been sullied even when they’ve been demonstrably wrong. Some people benefit from that and they live off a good reputation through bad times. And Scott Walker in Wisconsin is sounding the warning bells, folks. We just lost an election here we had no business losing. A liberal communist just won a judgeship here in a district that Trump won going away in 2016.

So Scott Walker, the governor, is warning everybody, it’s gonna be bad unless we get our acts in gear here, it’s gonna be really bad. These people are fired up. They’re motivated. They’re inspired. They can’t wait to get out and vote. Well, then why aren’t they watching CNN? And why aren’t they watching ESPN? ‘Cause they’re not. And they’re not watching MSNBC anywhere near enough big numbers to beat Fox.

So where is all of this enthusiasm for the blue wave? Because if you look in media, hell, it’s not just CNN that’s in trouble. A lot of print people, as you well know. Meanwhile, Fox continues to prosper and thrive. So what does all this mean, folks?

RUSH: Get this. One more with this. As I said, I had a companion story. This is PJ Media. It’s a reputable website. It’s a good website. It’s one of ours. And the headline: “Soros-Aligned Dem. Donor Bankrolled ‘Modern Marx’ and His 80 Percent Income Tax.”

Now, this is a story about some very wealthy billionaire Democrat donors that nobody’s ever heard of, and they basically spend their time trying to nullify what the Koch brothers do. Here’s how this thing starts. 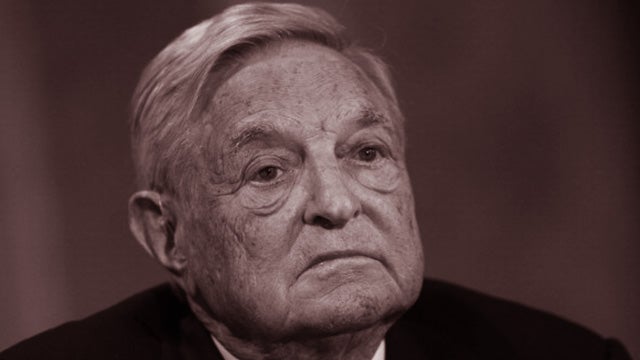 “As Democrats gear up in an effort to retake Congress in the 2018 elections, many have decided to put forth a more moderate face, knowing they have to win in conservative states and districts. Meanwhile, extremely liberal donors still have a tremendous impact. The Houston, Texas power couple of John and Laura Arnold deserves more attention in this light.

“The Arnolds bankrolled an economist dubbed the ‘Modern Marx,’ who advocated for an 80 percent tax rate and a global wealth registry. They have partnered with notorious leftist donors George Soros, Tom Steyer, and Michael Bloomberg. Their influence in the Democratic Party is on the rise.

Now, here’s the pull quote that I need to ask you about. And I’ve never heard of these two, by the way, but I’d never heard of the Mercers until 2016, so the fact that I haven’t heard of them doesn’t mean anything. I’m not in the donor fundraiser world. I know Soros. I know people widely reported on. These people living in the shadows — well, hell, they’re not in the shadows, and neither were the Mercers. I just, you know, not being in Washington and not traveling in the money circles of politics, I wouldn’t naturally come across these people.

But here’s the pull quote. “Democrats in 2018 may try to present a moderate image to the American voter, but the major donors behind the leftist movement are no moderates. The Arnolds may claim to be Libertarian, but their record of giving suggests that they are radical leftists. No matter how much the Democrats try to moderate, the impact of powerful donors like the Arnolds and Bloomberg and Soros will drag them inexorably to the left.” And this writer I am concluding thinks that’s gonna hurt them. Being dragged inexorably to the left is gonna hurt them under the theory that the Democrats have always had to wear masks and camouflage and hide who they really are.

And if that’s the case, then why is CNN sucking, and why is ESPN having so much trouble? Why are liberal media outlets really in trouble if there’s so much radical left enthusiasm and motivation and hatred? Wouldn’t these radical leftists filled with hatred want to watch media that validates their hate? Wouldn’t they want their daily dose of it? You can’t find more Trump hate than CNN. Maybe you could say MSNBC. But MSNBC is not doing it the way CNN — CNN is literally — they won’t give up Russian collusion, either will MSNBC, Stormy Daniels, Melania Trump, you know, the butthole word 192 times.

The lunatic fringe of the left is deranged and unhinged, and they are outraged and livid. Why are they not watching CNN? And does that mean anything? And they’re not pushing MSNBC over the top of Fox or anybody else. How does all this work? There’s all this hatred, rage, motivation, inspiration, can’t wait to vote, donors are taking off the masks, big blue wave coming. Something doesn’t add up here. I’m not quite sure what.