RUSH: Economic news just continues to show very positive signs out there. The number of people getting unemployment benefits has fallen to a 44-year low. I’m not talking about percentages here. I’m talking about the actual number of human beings receiving unemployment benefits is at a 44-year low. That’s the number of people. I mean, it’s incredible. It’s a stunning turnaround from the Obama years. 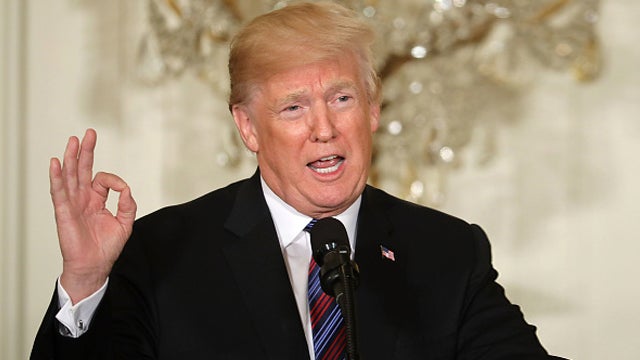 Democrats tried to stop Trump’s economic plans. They fought, they demagogued against the tax cuts. And of course the Democrats’ objective is to get as many people dependent on government checks as possible.

RUSH: Now, in addition to the unemployment numbers, private payrolls grew by 241,000 in March versus 205,000, which were estimated. This from ADP and Moody’s. So the economic news, even included with the so-called trade war with the ChiComs — in fact, Trump tweeted moments ago, “The Fake News Washington Post, Amazon’s ‘chief lobbyist,’ has another (of many) phony headlines, ‘Trump Defiant As China Adds Trade Penalties.’ WRONG! Should read, ‘Trump Defiant as U.S. Adds Trade Penalties, Will End Barriers And Massive I.P. Theft.’ Typically bad reporting!”