Caller Says GOP Base Should Be Patient on Guns

RUSH: We’re gonna start with Charlie in Punta Gorda, Florida. Hello, Charlie. I’m glad you called. Great to have you here with us.

CALLER: Thank you. Good to hear you. Ronald Reagan and Donald Trump are the best things for conservative America, most people would agree. The number one priority has to be helping get Donald Trump reelected. For that reason, I think conservatives should give him some slack regarding the gun control issue. It’s an issue that has a lot of complexity, and it’s gonna hurt whoever tries to take a hard and fast stand.

CALLER: At the moment, very little, because he’s smart. 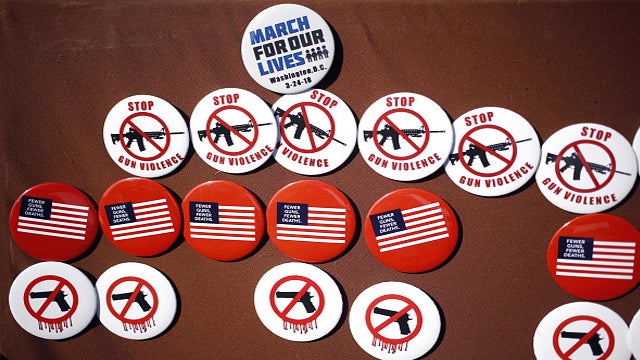 CALLER: A precise definition of what weapons are to be limited or banned is gonna have winners and losers. The Democrats would love to have that argument. We should avoid pressuring Trump personally as the president to take a hard stand on this.

RUSH: Who’s gonna do that? What, do you think Trump should cooperate with some gun control regulations?

CALLER: I think Trump should steer clear of it.

RUSH: Well, why do you think that he’s going to cave on some of these?

CALLER: Well, he’s probably too shrewd for getting specifically involved.

RUSH: So what are you concerned about then, if he’s not gonna do what you’re concerned he’s gonna do, why did you call? What’s got you bothered here?

CALLER: I’m not bothered. I’m concerned that he will be pressured and there will be expectations put on him to go that way.

RUSH: By who? Camera Hogg? Who’s gonna pressure him to go against the NRA on some things?

CALLER: I would say the potentially the conservative media, potentially conservatives. They should just understand, have their point of view, that’s fine. Elect their legislators that have that point of view. But don’t squeeze Trump, because it’s gonna cost him in the swing states. That’s my advice.

RUSH: All right. This is more like an Open Line Friday question. I’ve not seen a thing about this in the news anywhere. I haven’t seen anybody allude to Trump caving or being forced to cave. In fact, I think it’s the opposite. The lesson being learned is you can’t. Look what happened to Marco Rubio, who tried to. Rubio tried to go halfway or part of the way with the Parkland students, and he became an even bigger bogeyman.

They hate him even more! They became even ruder and meaner, ’cause they’re not into any compromise. I don’t think you have to worry about compromising with them because they’re not gonna compromise on anything. Now, wishy-washy conservatives, Never Trumpers, I don’t know, given whatever fears they might have with the midterms if they believe this blue wave stuff, I suppose conservatives caving on things is not unusual or out of the realm of possibility, but I haven’t seen anything.