You Have to See the Movie Chappaquiddick!

RUSH: Oh! That reminds me. Folks, you have to see the movie Chappaquiddick. I watched it again last night. It comes out April 6. It comes out in a couple days. It’s unbelievable this movie got made. If this movie had been made at any time during the life of Senator Ted Kennedy, it would have ended his career.

If the truth of what had happened at Chappaquiddick, and not just what happened at Chappaquiddick, but the aftermath and how the Kennedy family political apparatus all got into gear to basically totally alter the reality of what had happened in total service to protecting the future of Ted Kennedy, wait ’til you see this. And I was reminded of this. I’m gonna do a spoiler alert here. This is just one small part of the movie.

After Chappaquiddick has happened, after Mary Jo Kopechne was left to die by Senator Kennedy in an overturned car in actually kind of a shallow pond after he had driven the car off the bridge, nine hours later he reports it, and everybody is gathered at the Kennedy compound in Hyannis Port.

You’ve got Robert McNamara, you have Ted Sorensen, you have everybody there. You have Joseph Kennedy, the family patriarch who’s only months away from dying at this point. They’re strategizing on how to speak to the American people and Massachusetts voters about what had happened. It chronicles every stupid mistake Ted Kennedy made in the aftermath to try to protect himself. It clearly demonstrates that he’s so self-absorbed and selfish and not bright whatsoever. It portrays these old McNamara guys and Sorensen as doing everything they can to save Ted Kennedy and the family.

Ted Kennedy is on the verge of making an address to the nation. That happened in July of 1969. I was on the radio when it happened. I’ll never forget it because the station I worked at, my very first station, was a daytime-only station. And we had to literally shut down the transmitter at I think it was 7:45. There was no daylight time here so we had to shut down at 7:45 in July, and Senator Kennedy started his speech at 7:30. And I had to shut down the radio station before he was finished. And I caught hell from listeners the next day. 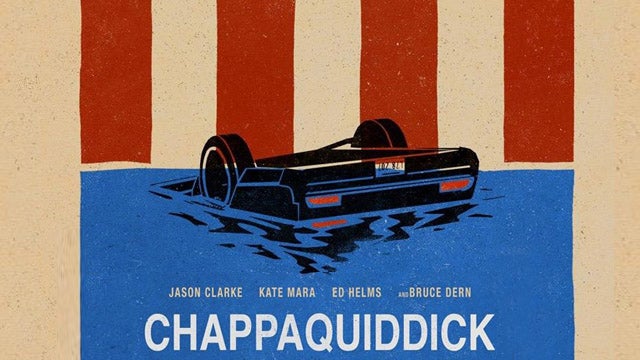 I’m a 16-year-old kid! Well, no. Wait, I’m 18 by then, 1969. Yeah, so I’m 18. I’ve got people accusing me of bias for the Kennedys, against the Kennedys. I said, “I had no choice. I had to shut the station down, by law, federal law, sundown we gotta sign off.” That’s how I remember this. Leading up to the speech, everybody’s talking about writing it and who should participate in it, and they came up with the idea, Ted Kennedy came up with the idea of making himself the victim in Chappaquiddick. Not Mary Jo Kopechne.

He wanted his speech to focus on how the Kennedy family is snake bit and how unfortunate things continue to happen to them. First it was the eldest son dying in World War II and then JFK being assassinated, RFK being assassinated. Teddy Kennedy was the last Kennedy, and we can’t afford to let anything happen to the last Kennedy, the Kennedy family is so snake bit. And Robert McNamara about blows a gasket — oh, no, Joseph Gargan, one of Teddy’s buddies, blows a gasket.

“Are you telling me you want to make yourself the victim here when you left a woman to die in the pond in that car?” And many in the Kennedy family want to go along with it at first until Gargan speaks up, and they end up doing a version of it, which you’ll see if you watch the movie. You gotta see this. And, folks, it’s not some cheap movie made on a flimsy little set and so forth. It doesn’t look cheap. It looks like a standard, ordinary, genuine Hollywood movie.