There Has Been Fast Action on Guns Since Parkland

RUSH: Not long ago CNN reported something. This is kind of schadenfreude. It’s not really schadenfreude, but I could see if some people reacted to it that way. Since the school shooting in Parkland, Florida, there has been a lot of action taken to make schools more secure and to reduce the risk of another mass shooting.

And all of this was demanded, was it not? I mean, this school shooting for many was the tipping point. We’ve gotta deal with this now. We can’t just treat these as one-offs. We’ve gotta deal with it, and so everybody got in gear. And I’m not talking about the students. I’m talking about the adults, policy makers, everybody wanted to be seen as being first to have substantive ideas. 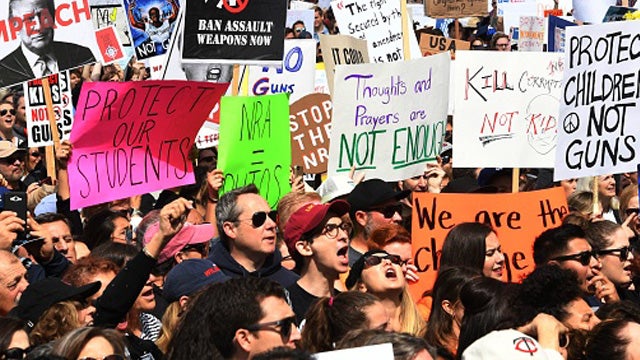 And a lot of people started working feverishly to come up with ideas, and many of those ideas have been implemented. And, in fact, many of them have been implemented at the Marjory Stoneman school in Parkland. Now, you would think that’s good, right? I mean, normally government and other agencies operate at a snail’s pace. Here are just some of the things that have seen either the beginning of quick action on or actual substantive action having taken place.

In addition to bans on bump stocks, more money has been made immediately available for armed school resource officers. Despite the debate about it, the fact is that there are many more security people in schools now who are armed. They’re called school resource officers. And in fact they were at Parkland. These guys just didn’t go in when the shooting started. They stayed outside.

In addition to the armed school resource officers, perimeter security measures are now taking place, being set up around many schools. There are even some new systems allowing for the anonymous reporting of students or anybody else who might be exhibiting dangerous behavior or making threats or what have you. And these systems, in many places, have already been put in place. They’ve already started.

So they continue to portray the students as beating their heads against the wall. These brave and courageous students are doing everything they can to improve schools, but the NRA won’t let anybody make any changes whatsoever. That’s the news! That’s the narrative that’s out there, when in fact all kinds of improvements have been implemented and are being implemented at schools all over the country.

Specific ID cards have been generated to make sure that unauthorized people looking to get in, and not just the school, but the campus, can be identified quickly as frauds and fakes and tossed. Now, we haven’t gotten so far as metal detectors yet, but many schools are looking at it. Now, you would think that all of these relatively soon after the fact improvements and all of these responses and all of these changes would be a positive, would you not?

You would think that all of this would be seen as good. Never mind the fact that the media is still trying to create the impression that nobody’s listening to the kids. That nobody’s paying attention to the kids. The kids are doing yeoman work getting noticed, they’re trying as hard as they can to save lives but nobody’s listening because the NRA will not let anybody listen. That’s bunk. A lot of serious improvements have been implemented, and many of them at the school in Parkland.

And so you would think that the students would be happy about this, would you not? Would you think they’d be happy? I mean, this is pretty fast action here. This is a pretty serious response in a relatively short period of time. Well, CNN says that the students at Marjory Stoneman Douglas are not happy. That many of them are complaining that they are returning to a prison rather than a school. Here’s from CNN’s report.

“Students of Marjory Stoneman Douglas High School return to class Monday, their first day back since organizing one of the largest youth-led protests in US history. But these teenagers won’t be returning to a normal high school experience. Instead, they’ll be met with strict security measures which are intended to protect them from another mass shooting but have some students feeling as if they’ll be learning in a prison. ‘Going to school is really so hard, and now it’s going to be so much worse,’ said Isabelle Robinson, a senior. ‘A lot of the people I’ve talked to are dreading going back.’

Isabelle Robinson said to CNN, “‘It feels like being punished. It feels like jail, being checked every time we go to school.’ When classes first resumed two weeks after the shooting, Thompson told students not to bring backpacks at all while they focused on their emotional health and not the curriculum.”

And that didn’t sit well. In fact, I think even Camera Hogg complained about that, didn’t he? Well, we don’t need backpack control. We need gun control. Somebody was complaining. I’m not sure who. So, anyway, this is exactly how it works. We have people taking this seriously and trying to respond with what are considered to be substantive steps to protect the students. The media is not reporting that. 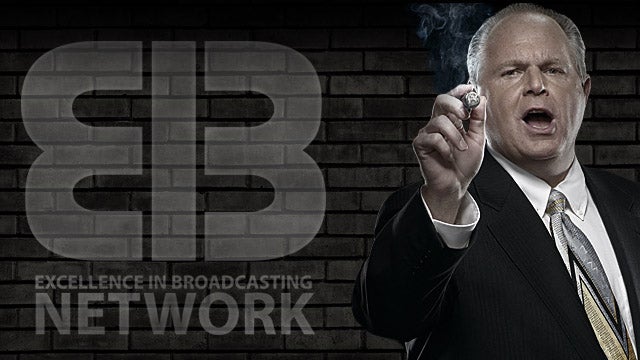 And so here you have an activist media, to which truth is the furthest concern, trying to present a narrative where the kids are being ignored, not taken seriously, not being listened to, schools are not being made safer, and yet students at Marjory Stoneman Douglas are telling CNN they feel like they’re going back to a prison, not the school.

What to make of this? There is a greater security presence. There aren’t any metal detectors yet, but they have taken steps to make sure that there are armed people close by, IDs to make sure that only legitimate students and qualified personnel get not just in the school, but on the campus. But what isn’t happening? What has not happened? Come on, Snerdley, tell me, what is the one thing that hasn’t happened? Here you have a bunch of serious steps to increase and ensure the safety of students at the school — they’re not happy — why?

Because there hasn’t been any action on gun control, because nobody has been forced to give up their guns, because the NRA has not been ripped, emasculated, and criticized. And because since nobody has had to give up their guns, since none of the law-abiding have had to surrender their guns, then it doesn’t matter what security measures are made, doesn’t matter how they’ve been improved, our school is a prison. We want guns taken away. We don’t want any of this other stuff.

And yet this is the stuff that’s gonna make the school safer, and it doesn’t get much support, at least from the people CNN found. I’m sure you could find people that are very happy about this. CNN, the Drive-By Media just isn’t gonna find ’em. But I find it fascinating. “I feel like we’re going back to a prison, not a school.” Well, that’s what’s required. It’s not a prison. They’re just taking steps to make sure that the next psycho doesn’t get in there with a gun. “No. To stop that you need to take away the guns.” No. That wouldn’t accomplish what you want. You’re only dealing with the law-abiding. So that’s the latest evolution on that.