RUSH: Washington Post: “President Trump is pursuing a drastic cut in the corporate tax rate, a move that is likely to grow the national debt and breach a long-held Republican goal of curbing federal borrowing.” What a crock! We have to keep litigating these old arguments. We have to keep reminding everybody these old arguments over and over again because the left continues to lie about things, just flat-out lie.

The free market is where standard of living is increased. The free market is where wealth is created, not at government. The free market, the best mechanism yet for a nation of people to benefit economically. How many times has it been demonstrated with massive tax rate cuts — notice I’m not saying tax cuts. Tax rate cuts. You reduce the rate. You increase revenue to Washington because that much more economic activity takes place that becomes taxed. You increase employment, creating new taxpayers.

I’ve gone through this drill for so many years now I get blue in the face. But this opening paragraph in this story: “Trump pursuing a drastic cut in the corporate tax rate, a move likely to grow the national debt.” The corporate tax rate in this country is so high that there is I don’t know how many trillions of dollars not even in this country because the companies that have earned it keep it offshore to avoid paying that tax rate.

That is money that could be repatriated into the U.S. economy and stimulate economic growth, and all kinds of good things happen when you do that. But because the corporate tax rate is so damned high the money is not being repatriated, it’s kept offshore in other countries, benefiting them. Corporate tax rate, 35%, makes no sense to pay 35% when anywhere else in the world you can get 15 or 20%. So if the corporate tax rate, if Trump succeeds in lowering it to 15 or 20% here, and that results in some of this money being brought back, guess what? It’s automatically infused into the U.S. economy. 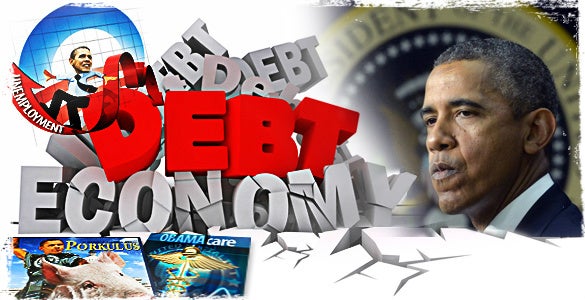 And you know what happens then. It’s invested. It’s used for all kinds of reasons that businesses use money. And that’s usually the pursuit of profit, which means investing in growth and innovation and who knows whatever kind of wonderful things. And that is not happening to the extent it could because profits made overseas stay there. ‘Cause our corporate tax rate’s so high. So now lowering the corporate tax rate, this zero-sum-game thinking, is going to cause a drastic increase.

By the way, when’s the Washington Post ever worried about the national debt anyway? When have they worried about the deficit? They didn’t care a whit about it when Obama was raising both and growing both of them. When has lowering taxes ever done anything but increase business and increase revenue to the Treasury?

The Washington Post says: ” The president has instructed advisers to propose cutting the corporate tax rate from 35 percent to 15 percent. … The rate reduction … is larger than what House Republicans had proposed in their own plan.” See, this Trump guy is really greedy. He’s really anti-government. He really wants to choke the government. He really wants to hurt people. He’s even worse than the Republicans. And we know what they are.