Caller: What About Sexual Harassment at Media Outlets Not Called Fox News Channel?

RUSH: Harlow on the Big Island in Hawaii. Great to have you on the program, sir. How are you doing?

RUSH: Where are you on the Big Island? You in Hilo or over in Kailua-Kona?

CALLER: Actually right between the two down in Kauai.

CALLER: Southern tip. If the island’s a clock, I’m at about six o’clock. 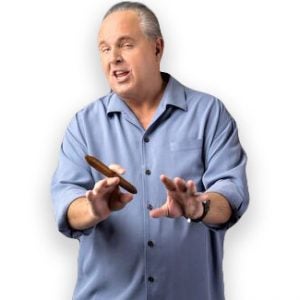 RUSH: Okay, gotcha. Gotcha. I’m familiar with it. I’ve actually played golf down there at a June Jones charity nearby.

CALLER: I just had a question, comment about the sexual harassment stuff going on over at Fox. And it seems to me that maybe that whole sexual harassment thing is a business. I mean, Fox paid $13 million over 20 years for Bill. I’m curious how much Fox paid totally for this frivolous lawsuit stuff over the 20 years for other people and what happened to them. I mean, if they released the stuff for Bill, why not release it for the others, and then that same context —

RUSH: What, what, wait just a second. How do you know, or are you just assuming that there are others and that Fox has paid an amount of money nobody knows and they haven’t admitted it?

CALLER: I think that this may be a huge business for unscrupulous people to get a couple of bucks out of wealthy people. You know, the money isn’t an object for ’em. I mean, just to get something frivolous thrown out, it’s worth it, and I can’t believe a business like Fox that does, I don’t know, five or six billion dollars with tens of thousands of employees, and this is the only instance. And in that same vein, Rush, I’d like to know how much the New York Times paid in the last 20 years —

RUSH: Okay, now you’re helping me understand this. I wasn’t quite sure where you’re — how much has CNN paid?

CALLER: What did they pay over the last 20 years —

RUSH: Well, if we listen to the news, nobody’s ever been sexually harassed anywhere in the media but Fox News.

RUSH: The only women that have ever been sexually harassed or bullied are at Fox News.

CALLER: Exactly. And I was just wondering what you think about that and, well, kind of a silly question —

RUSH: Ah, this is why these areas —

CALLER: — kind of put it in context.

RUSH: This is one of these areas where I hate this. I feel constrained in saying things about this. I just do. It’s a tricky, tricky area, and, you know, I understand the point that you’re making; why does this only happen at Fox in the media. We know it’s happened at other places, like fire departments, places like that, but why, in the media, why only at Fox News?

At least I don’t remember any other prominent media figures say they’ve been sexually harassed at CNN or PMSNBC or NBC, ABC, CBS, PBS, Los Angeles Times, New York Times. Just like it never happens. Like liberals, I guess were we’re to learn here, do not sexually harass anybody but themselves, which of course wouldn’t be reported. As to what’s happening at Fox, isn’t it somewhat obvious, Harlow, what’s happening there, give an your —

CALLER: Well, yeah. It is. I mean, obviously with the sons coming in and that, I mean, one of the guys, I think his wife roomed with Marx in college or something. You can’t get much more left than her —

RUSH: No, it’s not that. This is a great — no, he’s talking about the Murdoch sons, the children, and one of the Murdoch son’s wives roomed with Karl Marx. That’s not possible. Karl Marx is like 200 years old. What he’s thinking of is this. There are three Murdoch children by the first marriage. Maybe more. There are three that I know. Two Boys and one girl. It’s James and Lachlan and Elisabeth. It’s Elisabeth’s husband, and maybe ex-husband, I don’t know, was Sigmund Freud’s grandson.

I forget his first name, but he was virulently anti-Fox, hated Fox, lives in Britain, London, just despised it ’cause it’s conservative, just hated it. And one of the Murdoches son’s wives — I don’t remember which one — was a ranking employee at the Clinton Global Initiative. You have family intrigue going on at Fox. You got corporate intrigue going on. You have generational change happening within the family at Fox. This is what is constraining me here, folks. There are certain things I think I know, but I’m not sure, and therefore I’m not confident enough to actually opine on them here.

But it won’t be long. If my logical progressive thinking based on tidbits that I learned is true, then Fox News as you know it has a life span, and it is I think already in the process of being modified and transformed. Very, very gradually, but it is going to happen. I feel like I ought to launch on this and there’s a part of me that says don’t do it yet. So I’m just gonna wait. 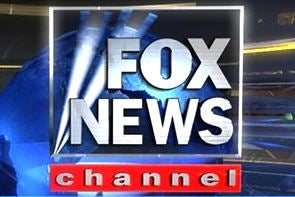 But as to the sexual harassment stuff, there’s so much more going on with this than people know. It’s like anything else, folks. If it’s in the media, you have to bank on the fact that there’s a whole lot that’s not being reported and a whole lot that’s being misreported for a reason, for a purpose. Like, I have my own theories about this. The problem is, if I announce them to you and if I’m right, well, then, I’ve got attention that I don’t really want. So we’ll just watch it all unfold. But this is still a good question. When all of these allegations happen, it seems like they’re automatically believed and accepted, and they’re only happening at one place.

Now, nobody’s saying that. When you turn on CNN, nobody’s raising that point. They just talk about it as though it’s quite natural and normal that this kind of illicit behavior would be happening at Fox News and nowhere else. But that alone raises, or should raise, some questions about what really is going on here. And what I mean by that, even if there is some shall we say less-than-aboveboard behavior going on, how is that being utilized to transform Fox away from what it is? Which, in other words, means, maybe this isn’t all that unpleasant for the powers that be. Maybe it’s an assistant in helping them transform away from what it is into what they want it to become. Is that intriguing enough? Hope so, ’cause I have to take a break. I’m gonna be bailed out here by the programming format.