The President Keeps His Steel Promise

RUSH: The president had a meeting today with a bunch of CEOs from the steel industry, and he announced an investigation into the impact of steel imports on national security. 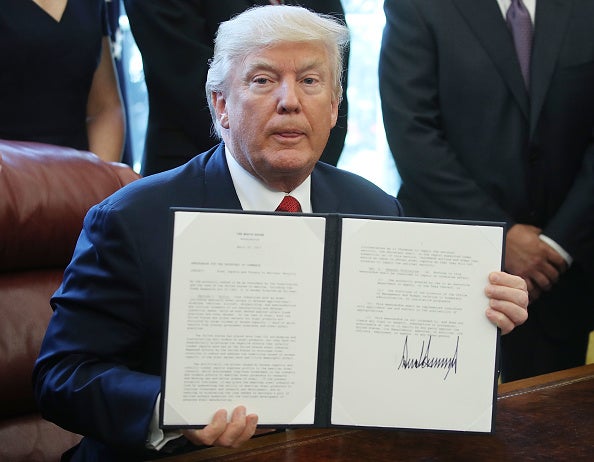 THE PRESIDENT: Today, I’m directing the Department of Commerce to immediately prioritize the investigation it began yesterday into foreign steel arriving into our markets and to submit a report on the effects of these foreign steel products on the national security of the United States. Maintaining the production of American steel is extremely important to our national security and our defense-industrial base. Steel is critical to both our economy and our military. This is not an area where we can afford to become dependent on foreign countries.

RUSH: So this is actually just the president keeping another campaign promise, or following through on one. Actually, there’s two or three promises wrapped up into this one memo. But the nub of this is that he’s asking for an investigation, a study by the Commerce Department on whether unfair steel imports other countries are undermining the steel industry and national security. So this is gonna have the anti-protectionists just howling.

There are gonna be like a bunch of coyotes out there, werewolves, going nuts at Trump’s populism and protectionism and so forth and once again be talking about, “Trump doesn’t get it! He’s a throwback. Trump wants to go back to the good old days, the nostalgic days of a bygone era and so forth and so on.” Which is one of the quick ways the left tries to discredit anybody who seeks a return to normalcy and sanity in our culture.