I Had the Strangest Dream 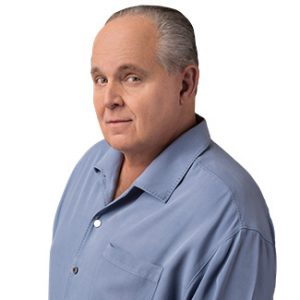 RUSH: I had the strangest dream last night. I don’t know that I can share this one with you, though. I’m probably gonna be mean here to even mention it to you and tease it to you without telling you. But it’s one of these things where I’m too famous. If I start giving the details of this, it won’t just be contained between all of you and me.

It’ll reverberate all over the place out there. I told Snerdley; he’s nodding his head. “Yep, you better not do this, ’cause if you start…” Let’s just… I’ll just give you the starting point. It was — I can’t remember which — either HBO or NBC sentenced me to death, and they carried it out. But that’s just the beginning of it. Anyway, I figure any further than that… I mean, that’s not gonna warrant any kind of massive coverage. But there are people involved in this and the details… I remember the details. It’s the most detailed dream I remember ever in my life. I woke up thinking I was still in the body bag.

RUSH: So I checked the email during the break. “Don’t say it! Don’t tell the details of the dream. We don’t want to hear that you die.” I didn’t die in the dream. They tried. I didn’t die. But, folks, I can’t go any further. I really can’t. If I weren’t so famous, I could easily share with you the details, but I’m just too famous. In fact, being so famous is actually becoming a bit of a hindrance in certain aspects of this program.