Why the Media Loves the United Story

RUSH: This lawyer is a crafty marketer. He has his own logo, law firm logo on a blue banner that he draped over the background behind him. He went out and he said what he said, and he answered questions until there weren’t any more questions. Do you know what he said? The lawyer said that Dr. David Dao, the passenger in question here, said he was more afraid being dragged off that United flight than at any time when he was fleeing Vietnam. He was more personally afraid for himself in the situation on the United Airlines flight than he ever was trying to flee Vietnam. He’s 69 years old, so I don’t know when he fled Vietnam. I guess it’s possible. The tail end of the war; it’s possible.

RUSH: Astoria, Oregon. Jim, you’re next, and it’s great to have you here with us. Hi.

CALLER: Hey, Rush, thanks for taking my call. 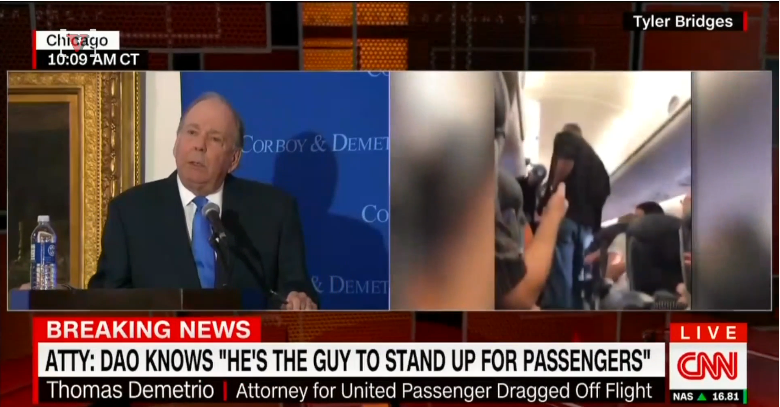 CALLER: God bless you, you know? In this area, listening to Rush Limbaugh is like Radio Free America.

RUSH: Thank you very much. I understand what you mean by that. I really do.

RUSH: Well, you are correct to notice that there is a total — I’ll call it a gang-up on United. However, it didn’t happen out of the blue. United is a significant player in the story. I mean, there would not be a story had United not dragged the guy off an airplane and have the cops beat him up. However, the media all-in on this, I mean, all the ingredients for the perfect media story are here. You have evil, as in United. You have the evil corporation that doesn’t care if its customers die. You have a minority and a victim who happens to be an immigrant.

It’s made to order that this guy’s getting the shaft. And what is done here, not just reporting the story, I mean you can’t not report this. But the effort here is to make it about much more than it is. And this is what you are detecting. This is what your wife is detecting. It is overboard in terms of coverage and intensity and so forth because it allows for a subliminal message to accompany whatever reporting. And the subliminal message is that America is flawed, that America mistreats immigrants and minorities, that the cops are just wanton criminals themselves that beat up innocent people.

I mean, this story has many of the knee-jerk ingredients that make the media breathless with excitement. And so they can’t let it go, because it offers an opportunity to characterize certain aspects of America that they politically oppose or disagree with. But again, this is not to exonerate United. United did what it did and they ordered what happened to happen and so forth. There are consequences to that. So you can’t say it’s a media conspiracy in that sense, but it does offer them, provide them the opportunity to take it way beyond what it’s about. 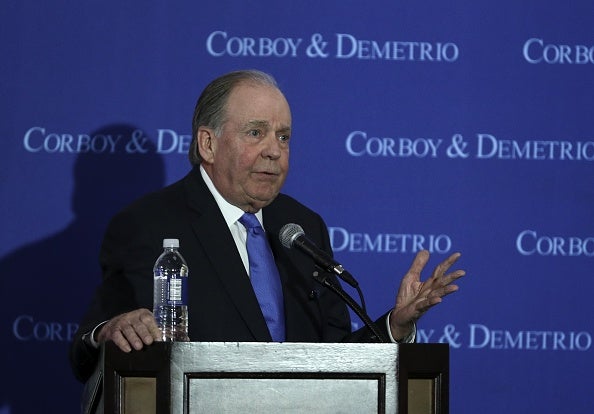 RUSH: The lawyer for Dr. David Dao appeared in a major press conference today. This was prior to the program beginning. He’s a Chicago lawyer by the name of Thomas Demetrio, he might pronounce it Demetrio, but his firm is Demetrio & Corboy or some such thing, I don’t remember. He’s got an icon, a logo, a blue banner that he hangs behind the podium. He updated people on the condition of the doctor. He’s gonna have nasal reconstructive surgery, broken nose, got some sinus problems out there, suffered a concussion.

He’s still in the hospital. He never made it to Louisville to see the patients that were waiting on him the next day. And what this lawyer basically said is — and I’m paraphrasing him — his message to United was you had better agree to settle this out of court or else, because if it goes to a jury, you don’t have a prayer. So just a couple sound bites to give you a flavor for it, a portion of his remarks, sound bite one.

DEMETRIO: The fact of the matter is I have concluded the following. That for a long time airlines, United in particular, have bullied us. They have treated us less than maybe we deserve. I conclude, based upon hundreds, literally hundreds of tales of woe of mistreatment by United, is that here’s what we want as a society. We want fairness in how people treat us. We want respect, and we want dignity.

RUSH: Right. And that’s what Dr. David Dao didn’t get on the United flight, so that’s what we want. His message, by the way, was not just to United. He was speaking to all of corporate America. He went through the things. He said (paraphrasing), “Yeah, people aren’t nice anymore, bullying everybody and we don’t like being mistreated, we don’t like being bullied. We want respect and we want dignity.” And now he’s going to spearhead the new project here of establishing passengers’ rights.

DEMETRIO: Just treat us with respect. Make us feel like you really care. And I must say, I don’t believe it’s limited to the airline industry.

DEMETRIO: I think corporate America needs to understand that we all want to be treated in the same manner with the same respect and the same dignity that they would treat their own family members. If they do that, wouldn’t it be great? So will there be a lawsuit? Yeah, probably. But Dr. Dao, to I believe his great credit, has come to understand that he’s the guy, he’s the guy to stand up for passengers going forward.

RUSH: Yeah, as he’s dragged out of the plane, he’s gonna be the guy to stand up for passengers. This is why the media loves it. The guy went way beyond United. All of corporate America needs to understand that we want to be treated fairly. And we want to be respected! And we want to know that you really care. (interruption) What? Oh, I’m telling you it is. I know it’s gonna resonate with some people. This is why the media is salivating here. They’re eating this up. The guy was reading out of the left-wing playbook here for half of his press conference.

Let me withdraw that. I’m not meaning to inject politics into this. I’m not being critical of the guy. I’m still reacting to the guy who called and wanted to know why the media’s making such big deal of this, and it’s just ’cause it has every ingredient that the media gets fired up about. It’s not just about United. It’s about all the things wrong in this country that this story personifies or encapsulates.