Rich Lowry Documents the Collusion Between Russia and Obama

RUSH: Rich Lowry has done a great piece of work here at National Review. “Turns Out Obama Was the Real Russian Stooge.” All of this that Lowry writes about is known and has been known, but it was known and reported on, discussed in piecemeal fashion. What Rich has done here is put it down in a page and a half in almost chronological order, in as simple and understandable a way as possible. And he has a very clever beginning of the piece. 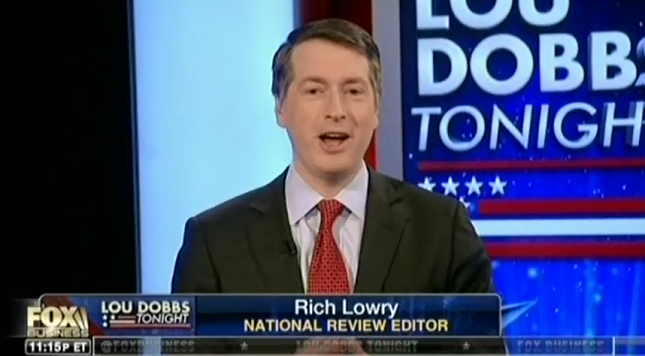 “The circumstantial evidence is mounting that the Kremlin succeeded in infiltrating the US government at the highest levels.” Now, the hoi polloi and the great unwashed reading that are obviously going to think that Lowry is talking about the Russians colluding with Trump to beat Hillary.

“The circumstantial evidence is mounting that the Kremlin succeeded in infiltrating the US government at the highest levels. How else to explain a newly elected president looking the other way after an act of Russian aggression? Agreeing to a farcically one-sided nuclear deal? Mercilessly mocking the idea that Russia represents our foremost geo-political foe?”

Let me take each one of these. How else to explain a newly elected president looking the other way after an act of Russian aggression. That’s Obama and Crimea. That’s Obama and Ukraine. And that’s Assad. At every step of the way, when Russia, when Putin commits an act of aggression, Obama said (imitating Obama), “You better cut it out. You better stop doing it,” and with Syria he drew a red line and dared Assad to cross it. Assad crossed the red line; Putin kept acting aggressive. Nothing was done to stop it.

Agreeing to a farcically one-sided nuclear deal, that’s Iran. Agreeing that the region’s number one terror state will be permitted to develop nuclear power under terms of an agreement with the American president, that’s Obama. That is not Trump. And mercilessly mocking the idea that Russia represented our foremost geopolitical foe, that’s the presidential campaign of 2012 when Mitt Romney was doing everything he could to convince people that Russia was a foremost enemy, and it was Obama and his team mocking Romney for seeing a communist behind every rock, making a mountain out of a molehill and being stereotypical in his foreign policy.

It was Obama at every stage of the way aiding and abetting and facilitating Putin and the Russians. But we’re not through. How else to explain a newly elected president “accommodating the illicit nuclear ambitions of a Russian ally?” Of a president, an American president “welcoming a Russian foothold in the Middle East?” Hello, Syria. Hello, Iran.

How about an American president “refusing to provide arms to a sovereign country invaded by Russia?” Hello, Ukraine. An American president “diminishing our defenses and pursuing a Moscow-friendly policy of hostility to fossil fuels?” That would be Obama and climate change, which benefits Putin and the Russians. All of these items, of course, refer to things said or done by Barack Hussein Obama, not by Donald Trump.

“To take them in order: He re-set with Russia shortly after its clash with Georgia in 2008. He concluded the New START agreement with Moscow that reduced our nuclear forces but not theirs. When candidate Mitt Romney warned about Russia in the 2012 campaign, Obama rejected him as a Cold War relic.

“The president then went on to forge an agreement with Russia’s ally Iran to allow it to preserve its nuclear program. During the red-line fiasco, he eagerly grasped a lifeline from Russia at the price of accepting its intervention in Syria. He never budged on giving Ukraine ‘lethal’ weapons to defend itself from Russian attack,” which we had sworn by treaty to do. We were the ones that made Ukraine give up its military in exchange for our defending them against such aggression. 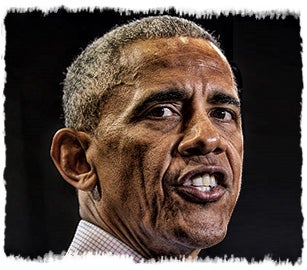 Then when the aggression happened and they had no weaponry to defend themselves, we sided with the aggressor, Russia. All of this, Barack Obama. Not a single instance of this collusion can be laid to Donald Trump because he was not even running for president when this stuff happened. The evidence of Kremlin, Moscow, and Washington collusion is with Obama and Putin. “Finally, Obama cut US defense spending and cracked down on fossil fuels — a policy that Russia welcomes, since its economy is dependent on high oil prices.”

So it is abundantly clear that if anybody in our country was working with Russia to their benefit, it was Barack Obama and the Democrat Party. It was not Donald Trump. All of this business about Russia and Trump colluding to deny the election, it would have made every bit of sense in the world for Putin to want Hillary Clinton to win to continue just this kind of deference.

With this evidence and using common sense guided by intelligence, there is no way Putin would want to deal with some newcomer like Trump who was talking tough. America first and all this sort of stuff. He would much rather prefer Hillary Clinton, guaranteed to continue the same appeasement policies of Barack Obama as she was promising to do.