If Only Obama Had Spied on Assad Instead of Trump 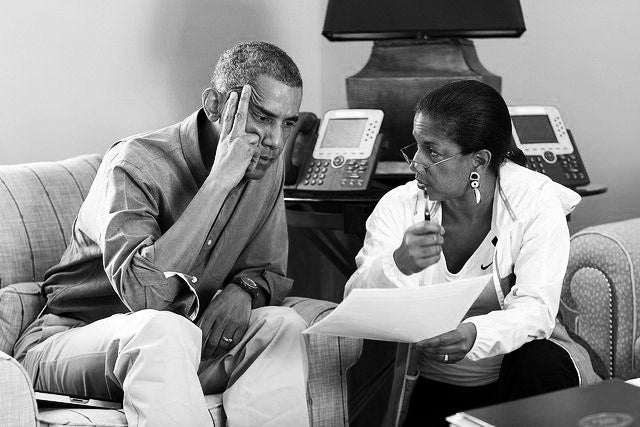 RUSH: You know, I was thinking. If Obama had spent more time surveilling and monitoring Assad than he was spending time surveilling and monitoring Trump, then maybe the Obama Regime would have known that Assad still had weapons of mass destruction and was using them. Do you realize Assad’s been doing this for seven years, folks? The gassing of Syrian citizens with chemical weapons and other WMD has been going on for seven years! And Obama’s out there surveilling Trump and whoever else during the Republican primary campaign and then the Trump transition.

And there’s another thing: If Obama had not trusted and colluded with the Russians — and that’s who did, by the way. It was Obama who was colluding with Putin and the Russians. He might have realized the Russians had lied to him about getting rid of all the Syrian WMD. Because the story was that Assad had gotten rid of them. Some even thought he had given them to the Russians. But the Russians assured Obama, “Yes, Assad got rid of them!” Yeah, this is bad news for him.