RUSH: As you know, I read the tech blogs. And these are largely young little leftist Millennials. They are like robots. It’s amazing how one blog is identical to the next blog. I guess it’s true of many blogs. Anyway, they are uniformly (impression), “Outraged and offended and mad and scared and upset,” because Trump has repealed online privacy protections from the Obama era. Have you come across this story? It’s an FCC-related story. It’s our old buddy Ajit Pai who’s gone in there and erased a bunch of Obama administration stuff. 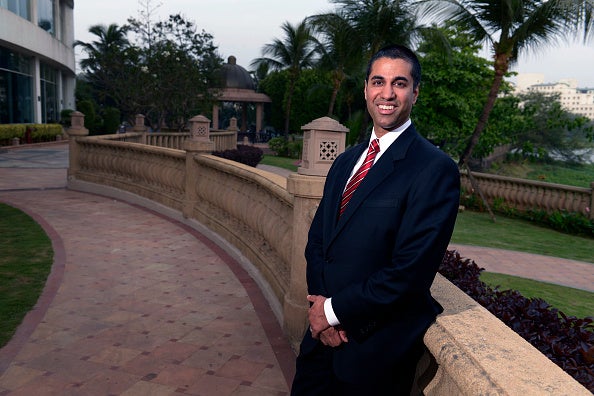 And these uninformed (while thinking they know everything) young Millennials now actually believe that what it’s enabled is for every internet provider to share the browsing history with advertisers. As though, “This has never been done! This is outrageous! This is the biggest assault on freedom and privacy that we have ever experienced. Trump! Trump! Trump! We hate Trump!” The New York Times has the story. (Ahem.) “President Trump on Monday signed a congressional resolution to complete the overturning of internet privacy protections created by the Federal Communications Commission during the Obama administration.”

He didn’t “overturn” anything, folks.

“The change will allow broadband internet service suppliers, such as cable and telecommunications companies, to track and sell a customer’s online information with greater ease. The Republican opponents of the Obama-era rules, which would have gone into effect later this year, said they would have unfairly placed restrictions on broadband providers, like Verizon and Comcast…” So, if the Democrats imposed it, it had to be good. It had to be good. You know what the Democrats did?

What Trump has done is say (summarized), “Well, if Google can do it and if Facebook can do it, then we’re gonna let Verizon do it, because this is how these companies earn money. They share the browsing history of their customers with advertisers so that advertising can be tailored almost exclusively to the user.” The Trump people said, “It’s not fair that only Google and Facebook can do this.” It was the Obama administration who actually put restrictions on the internet service providers — the content providers — in order to protect political donors, Facebook and Google.

So this is the exact opposite, practically, of what it’s being reported. It’s being reported that that dastardly Trump doesn’t care about your privacy and is letting your evil cable company sell your browsing history if you use their cable modem for internet services. All the while, Google and Facebook have been doing this for decades. And the only way you can opt out is to not do Google anymore. Turn off your cookies and this sort of thing, private browsing on your computer. Now, this leads into another thing.

You know, Apple is selling the fact that their devices and their cloud services and any of their other services offered as part of their operating system are focused on your privacy. Because Apple does not collect this data. Most of the data is kept on your phone. But Google does. If you’re using an iPhone or an iPad, and you have a Google account and you’re surfing, Google collects it. This is one of the reasons why Google is able to be more predictive with like where you’re gonna go at a certain time of day and how long it’s gonna take you to get there, because that data is kept in the cloud, and it’s all amassed from your total usage.

Apple doesn’t collect it. They have, I’m sure as a marketing aspect but also as a company policy, they want you to think that they are focused on protecting your privacy and not letting law enforcement indiscriminately have a back door into your device, say. But 80%, 90% of Google’s income comes from selling your browsing history, from selling your profile, your online profile. Facebook, ditto.

So the Trump administration, Ajit Pai, the FCC, they have not thrown away your freedom. They have simply leveled the business playing field. The solution to this would be to deny Google and Facebook the right to do it, like Verizon and AT&T were not allowed to by virtue of the Obama administration. This is just the implementation of fairness. It’s so widely misreported because everything is made to look like Trump is a creep and a mean guy and wants to know everything about you.