The Genetic Unfairness of Tom Brady?

RUSH: There’s a story here involving what might be considered genetic unfairness regarding Tom Brady, the quarterback of the New England Patriots. The story is from the U.K. Guardian. Headline: “‘More Than Just Luck’: the Science Behind Tom Brady’s Preposterous Longevity.” Tom Brady is 40. He thinks he can play football in the NFL for six or seven more years. At age 40, most everybody at that age in the NFL is gone by a couple/three years. There are exceptions. George Blanda of the old Oakland Raiders, and a few others. But nobody aged 40 or 39 has ever performed with the proficiency of Brady.

Brady has been on a revised health regimen — including exercise and diet — for two years, maybe. Maybe three. And Brady says that he has never been healthier. Brady says in the 15 years he’s been playing, he never feels better after a game, that his arm doesn’t hurt, that his body doesn’t hurt. As opposed to his first five or 10 years, he was sore for three or four days after a game. Now, not at all. And he’s talking about the various aspects. One of the things that gets mentioned frequently is he eats avocado ice cream. I don’t know what it is. I’ve never heard of it before. I’m just giving you an example.

It’s almost like a vegan-like diet with some exceptions, but it has a tailored exercise regimen, a very, very strict diet. It involves going to bed before nine o’clock every night no matter what, getting up at five a.m., getting started on the day. It is total commitment to the job, one hundred percent total commitment to the job, as if he were a rookie and had to prove himself to make the roster.

So he has become the envy and the object of curiosity of many athletes. Look at Tiger Woods. Tiger Woods is 42 and may not ever play golf again. Numerous surgeries on his back, who knows whatever else. Tom Brady is 40, doesn’t look it, doesn’t look a day over 30, and is playing at a level that nobody else in the league is playing at. And people are just envious as they can be, but also interested in trying to replicate what Brady’s doing.

As such, Brady is thinking about, I don’t know, getting into the health business in a way, selling various things or advice. I’m not sure how extensive that is. So that’s the pretext for this story. The story basically tells you what I just told you. It begins this way. 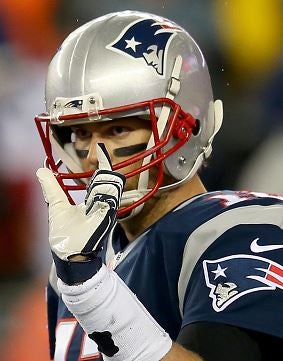 “Love him, hate him, but never doubt him. That may stick in the throat of many Patriots haters, but with the gaudy statistics and five Super Bowl victories to prove it, Tom Brady seems to achieve whatever he wills. And what he wants, according to team owner Robert Kraft, is to play another seven years. What makes Brady different, though, isn’t a will to continue playing … Rather, it’s that Brady seems to have a legitimate chance to play as long as he wishes.”

Now, here’s where it gets tricky, folks, in this story. Don’t leave me here. Stick with me.

“It’s an option not available to every player. Skill and economics factor heavily into how long a player lasts in the NFL, but the decision to retire is often made by MRIs and MDs. Tendons tear, cartilage shreds, the feet slow — and teams realize that the third-round pick can put up the same numbers at a lower cost.

“So how has Brady, in a league where hits are likened to car crashes, stayed healthy? ‘I have no doubt that Tom Brady’s ability to recover is due to his lifestyle health,’ says Fergus Connolly, football performance director for Brady’s alma mater, the University of Michigan.”

Fergus Connolly says that maintaining a healthy lifestyle — diet, sleep, strength, flexibility, and spiritual cognizant resilience is a critical factor in a long NFL career. “‘You can’t survive in the NFL without giving lifestyle an emphasis and for a long career it has to be all aspects.’ In that sense, Brady’s longevity is more than just luck. His all-encompassing approach to the variables that he can control has made Brady the master of his own destiny, making his desire to play into his mid-40s all the more realistic.”

Okay. So what makes Brady different? “It’s not an option available to every player.” Ready for the next? This quote hints at what I think people are beginning to prepare. “But is there something in Brady’s genetics, a stacked deck that allows him advantages not available,” to less genetically endowed players? So, you see, they are thinking Brady has an unfair advantage. He’s got a genetics advantage that not every player has. A stacked deck. His mom and dad equal a stacked deck.

“Fergus Connolly doesn’t think so. Since most at the professional level are blessed with good genes, athletes can’t be separated into winners and losers of the genetic lottery. In fact, Connolly believes that for professional athletes, especially those at Brady’s level, how you take of your genes matters more than genetic makeup.”

I’m just telling you, with where we are in our culture, you go to any college campus and white privilege is all over. Special rooms where white students can go and discuss their collective guilt at being white. The unfairness of being white in America is what’s constantly discussed on higher education campuses. It has permeated many different levels of education. 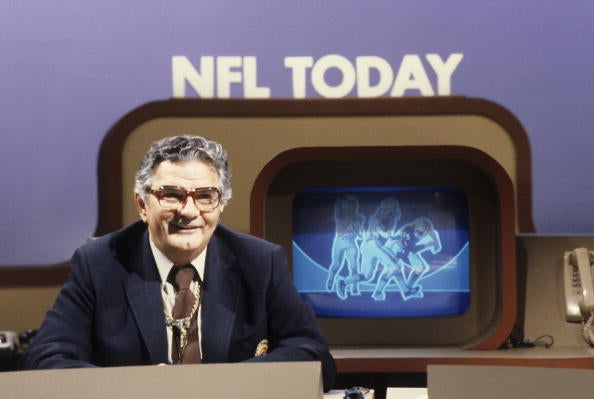 So when I see things like what makes Brady different, and “it’s not an option available to every player.” And then we have it’s his genetics, a stacked deck that allows him advantages not available to less genetically endowed players. Well, what are we talking about here? No, you can’t cheat your genetics. This is the point. You cannot work out your genes. You cannot therapy your genes. You have ’em or you don’t. Exactly right. Good breeding. Who was the first to ever discuss this, in fact, in a similar setting? It would be now the infamous James the Greek. Jimmy “The Greek” who talked about this. He got fired for it.

Folks, when I see this paragraph, “There’s something in Brady’s genetics, a stacked deck, that allows him advantages not available to less genetically endowed players. It’s more than luck. It’s not an option available to every player.” You know how consumed with fairness the left is. And this is the media. You know how consumed with all of this. I’m just telling you. I got take a break. So have to wait on what I’m just telling you.

RUSH: Now, where I’m getting at with this Tom Brady business, you know as well as I that we are in a divided culture. We’re divided on gender, sexual orientation. We’re divided on race, we’re divided male-female, you name it.  And we also have a thing about us, we love to tear down people that have achieved greatness.  We just love to.  We’ll build ’em up on the way.  Build ’em, but we love it when they implode. We love it when something happens to tell us they’re no better than we are. We love it when they succumb to average, ordinary things like all the rest of us do.  It’s just human nature.

So here you have Tom Brady, perhaps the greatest quarterback in the history of the league — no offense, Joe Montana — and you know as well as I do that there are going to be — well, first you got the Patriot haters, number one, but beside them you’re gonna have people that just by nature are gonna try to say that Brady had an unfair advantage. That you can’t assign hard work and commitment, you can’t make those the reasons ’cause everybody works hard, a lot of people put in commitment.

So there has to be something that Brady has that nobody else does that explains Brady’s singular greatness.  You know as well as I do that people like that are everywhere.  You start throwing the racial component in and you have this story alluding to breeding and genetics.  I don’t have to tell you where it could possibly next go.  You can figure that out yourself without me having to say so and have the media all over my case about it.

RUSH:  Oh.  Wait a minute.  I forgot to include one other thing.  They’re gonna have people say Brady is taking supplements that are undetectable, and he’s getting away with juicing.  I forgot that, that people are gonna… So there’s possibilities that abound.  “Genetic superiority? That’s unfair based upon breeding. That’s not fair, and some kind of ‘supplements,’ shall we say? What are these supplements? These are performance-enhancing drugs that speed up recovery and…” Anyway, there’s all kinds of banned substances.  But you’re gonna have people who say, “It’s not humanly possible.

“It isn’t humanly possible for a guy to be younger, to look younger, to play better at 40 than he did at 25 or 30.  It’s just not humanly possible.  There has to be a reason.”  So you’re gonna have all kinds of naysayers.  That’s my only point.  Because we love to deny.  I’m leveling no accusations here.  I’m just telling you. I see a story, and I tell you how my mind works. And I see a story that says Tom Brady has an unfair advantage, and they talk about genes (ha!)  and a stacked deck, and they’re talking about genes?  You wait.