RUSH: I’m not ready to give up on this. My New Year’s resolution, which I didn’t announce to anybody, was to become less high profile, to become less profiled, less talked about, less noticed, less discussed. But this next… I mean, I didn’t even do anything and I ended up being discussed! I mean, I literally didn’t do anything. 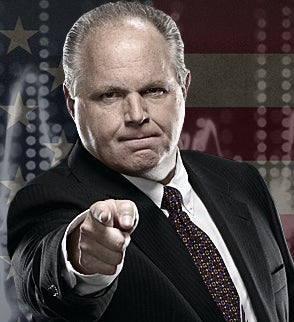 It happened yesterday on The Five at Five on Fox. The first thing they did was play this sound bite from Michael Moore that was recorded on Tuesday night in New York City. This was on the red carpet for the National Board of Review Awards. A bunch of people got awards, among the reasons, for having the right frame of mind on gun control. And so The Five at Five on Fox played Michael Moore saying this…

MOORE: The short-term solution is we have to ban the assault weapons, ban the semiautomatic weapons, ban the magazines that can hold more than ten bullets. That’s it. That should be the bottom line of what we need to start with. We should be registering every gun. We don’t do that now. We should be licensing everybody with a gun.

RUSH: So, as you can see, I was not mentioned. I had nothing to do with that bite. The Five at Five then began to discuss this…

BECKEL: “Michael Moore, the spokesman for the left.”

BECKEL: Could we please get this out of our collective heads?

BECKEL: He does not speak for the left.

BECKEL: Yeah but he is not a spokesperson for the left.

TANTAROS: So we can get away with doing it too?

GUILFOYLE: He does talk a lot, Bob.

PERINO: But you say that… (crosstalk) You say Rush Limbaugh is spokesperson for the right.

TANTAROS: Always! That’s who I was referring to. You say he’s our spokesperson.

BECKEL: Rush Limbaugh’s much more of spokesperson for the right Michael Moore is.

TANTAROS: Oh, I highly doubt that.

RUSH: That was Andrea Tarantula there saying, “You guys always talk about Limbaugh being a spokesman on the right and you want to say that Michael Moore isn’t on the left?” Beckel said, basically, “Well, Michael Moore, he’s a buffoon. Nobody on the left listens to Michael Moore but you people on the right you do listen to Rush.” By the way, I’m happy that the comparison was made, but to just illustrate: I didn’t even do anything and I ended up being discussed.

I don’t know how I could do this. I thought maybe that I could affect becoming less high profile by virtue of the way I did the program. Maybe I could be a little bit more mellow, less expressive, with not as many wild gesticulations while speaking. Not monotone but clearly not as energetic. You people may not be aware but I tried being more mellow the first week I was back. (interruption) Well, yeah. I wanted to be less threatening, because I was told that 24-year-old women are threatened by me and my passion.

So I try to dial it bag. I figure maybe what it boils down to is I just don’t know how to be boring. I was trying to be boring, and I don’t know how to be. I even tried to be less confident. See, I am convinced — and I’ve been convinced for a while — that most people are not… Well, this I know. This is not something I’ve recently become convinced of. It’s something I know. Most people are not confident of what they believe. Most people have a lot of self-doubt, or just doubt.

If they don’t doubt themselves, they have doubt about things. They’re not very confident and not sure, and they’ve also seen what happens to people who are confident and who are sure. They are the ones who get hit. So I thought, “Okay.” I’ve known for a long time that when people talk about me being braggadocios or bombastic, what they’re really saying is that I’m too sure of myself. Nobody’s that sure of themselves, and it rubs them the wrong way. So I tried to dial that back. I tried to sound less confident. I tried to sound boring.

I don’t know how to do that.

I don’t know how to sound less confident.

So I don’t know if I’m gonna be able to pull this off and become less high profile.