The Virus Crisis Has Unleashed a Wave of Innovation

RUSH: By the way, folks, here’s just an example of some of the innovation that’s taking place out there. Also, do you realize for the first time since 1940 there is not a single American automobile being made on the assembly line today? Everything has been converted to other products such as ventilators, masks, you name it, we are not manufacturing a single automobile. But there are plenty on the lots out there, as you drive by, if you’re allowed to leave your home. 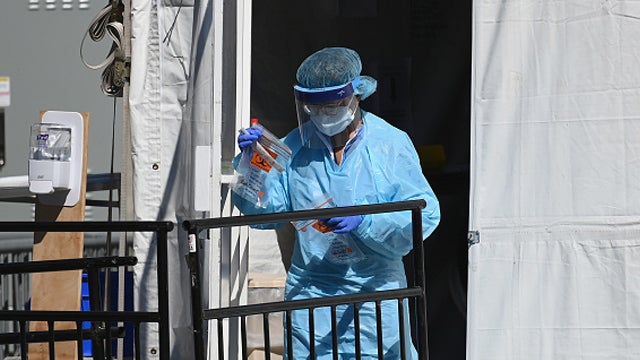 The government of Florida, Ron DeSantis, is doing a great job, 60% approval rating, has just shut down South Florida. Governor DeSantis has just issued a stay-at-home order for the counties of South Florida, including Palm Beach, Miami-Dade, Broward. It just happened. But here’s an example of some of the innovation out there. The Mercedes team and academics at University College London took just four days to produce the first CPAP device, continuous positive airways pressure device, 100 of which are now going into clinical trials at a hospital in north London. This is to supplant or aid the ventilator business.

What CPAP does — I have one. And I’ll tell you what, I’ve thought that if I should ever succumb to this disease or get it, the first thing I would do is put the CPAP machine on. It just blows air through your system. You keep your mouth open and it just ventilates. It’s for a people that have sleep apnea. And if you stop breathing 15, 20, or more times a minute, the CPAP machine is designed to prevent that. As it says here, it’s continuous positive airway pressure. So it’s a quasi-ventilator. And the Mercedes team University College have taken just four days to produce one that would not be the kind that you would get for sleep apnea. This would be a smaller unit that would just force air in, not nearly as sophisticated in terms of programming and how you can deal with stopping breathing ’cause that’s not the problem.

RUSH: Here is Dr. Philip G. Conrardy, in Muskego, Wisconsin, great to have you, sir. Hello.

CALLER: Hi, Rush. It’s great to be on your program. Rush, I have a solution to the ventilator shortage. We need to invest in alternative breathing machines. Like one that you mentioned before was CPAP. But there’s one technology out there that’s better than the traditional ventilator. It’s called the Hemolung.

The University of Maryland and the University of Pittsburgh already have developed this technology. It’s about the size of a fishing tackle box. The difference between using the Hemolung and the traditional ventilator is that the Hemolung is like an IV or a catheter that goes in the neck down into by the heart.

And what it does is, think of it as a dialysis machine. It takes out CO2 and puts oxygen in the blood. And it can totally take over the lung function. They use it for lung transplant patients in Pittsburgh and in Maryland.

RUSH: Yeah, but… This doesn’t sound like something that’s even ready for widespread, mass production.

CALLER: It’s… Well, actually it is. I mean, it’s a device that surgeons, anesthesiologists, ER doctors can all put in the catheter — it’s called an ecmo catheter — that goes in the neck or in the shoulder area. It’s hooked up to this device. This device is FDA approved already. It’s called a Hemolung.

RUSH: They don’t have to be sedated for this catheter to be inserted?

RUSH: Of course you are.

CALLER: It can be put in under local anesthesia by a surgeon, by an anesthesiologist, or by an ER physician. Then it’s hooked into this machine. The machine basically has three components: It has an oxygen tank, it has a filter that converts deoxygenated blood to oxygenated blood, and a pump.

RUSH: Well, I have to tell you, it sounds fascinating. Here’s my problem. My problem is — and please don’t take this personally. But I can’t verify right now who you say you are and what you’re talking about. Now, we can look into it, and I don’t mean to be insulting here, but I also have a responsibility.

This is why I don’t preach. It’s why I don’t pretend to be a doctor on this program and talk about the latest, greatest things. Even those things being done to me, I do not talk about them in terms of having mass application. You know, I’m undergoing cancer treatment now, and I recognize some of the things you’re saying here regarding catheters and lungs and so forth and so on.

Look, I have no doubt that you’re deadly serious. But I just… I have a responsibility here to not get hopes up and to have misinformation spread. Believe me, there are many people that would love to get on this program and send out a bunch of false info and then tie my name to it for the purposes of discrediting me. So I just have to be very vigilant and very careful here.

As I say, please don’t take it personally.

We will check into your machine and what you say and so forth.

We looked into the Hemolung from the caller in Wisconsin, and it is in use, and it does work for lung transplants. I promised you I’d look into it. I didn’t doubt the guy. I could tell he’s a legitimate doctor and so forth. I just have to be real careful here, folks, as I’m sure you all understand. Many of you have tried to get through here and put false data on this program linking it to me, but you have been stopped by an aggressive call screener and a brilliant host. You know it happens. We just have to be vigilant for it at all times.