RUSH: The way Democrats look at it, “Bloomberg is just another Trump. He’s a rich guy. He’s from New York!” But he’s not another Trump. He can’t hold a candle to Trump when it comes to heart, humanity, empathy, personality, connectivity. Bloomberg can’t connect with anybody. He doesn’t even want to connect with anybody, in terms of having a connection with your voters or a connection with your audience or a bond. He couldn’t care less about that, and as such… 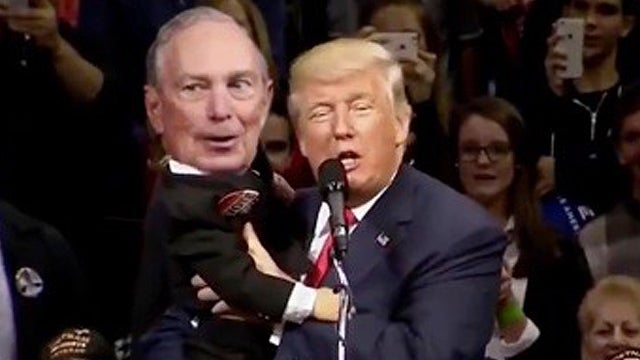 .@MikeBloomberg is paying millions of $ for social media influencers and shitty memes while @realDonaldTrump is paying zero $ for EPIC memes w/an Army of American Patriots & supporters/influencers who?their Country & POTUS so much, they don’t need payoffs!pic.twitter.com/fATeUOc7bJ

He can’t come back from it. He can’t stop it from having an impact on people. All he can do is try to buy… Have you heard what he’s doing? Have you heard about this? Bloomberg is paying people $2,500 to go on social media and say wonderful, great things about him — further proving that social media is corrupt and can be bought and things there aren’t real. So this is what this Russia thing is all about. It’s really an effort to stop the erosion of Democrat voters over to Trump.

RUSH: You know, sometimes it amazes me. I just checked the email during the break. “What do you mean, Bloomberg is buying people commenting on social media?” Why would I lie about it? Why in the world, when you could easily go verify it? Okay. So I went, and here you go. It is a Newsweek story. Now, admittedly Newsweek is something people used to read. But as program host, I have to consult as many sources as I can. You know, life is show prep, folks. It never ends.

“Bloomberg to Pay Hundreds of People $2,500 a Month to Praise Him on Their Personal Social Media Feeds — Michael Bloomberg’s presidential campaign will reportedly pay hundreds of people $2,500 a month to promote the candidate via text message and their personal social media feeds. The billionaire’s team is now hiring more than 500 ‘deputy digital organizers’ to work up to 30 hours a week and promote his talking points to online friends and phone contact lists, the Wall Street Journal reported, citing a staffer in California and internal documents.”

So it could be BS. I’m just telling you it’s in the Wall Street Journal. I mean, even when the New York Times lies, we still report it — you know, the Russia stuff, for example. But now that you know that something like this could be possible, then what does it make you think of social media? It might make you believe that nothing on social media is real — or very little is real.