RUSH: Just a random news story that I happened to see before today’s excursion into broadcast excellence began. And it’s from Cambridge, Massachusetts. You know what’s in Cambridge, among many other things? Harvard. MIT. Skip Gates. Okay?

Headline: “New Cambridge, Mass. Law Bars Police from Arresting Undocumented Immigrants for Driving Without a License.” Now, we become sort of desensitized to this because this is the kind of thing that’s been going on in California for a long time. 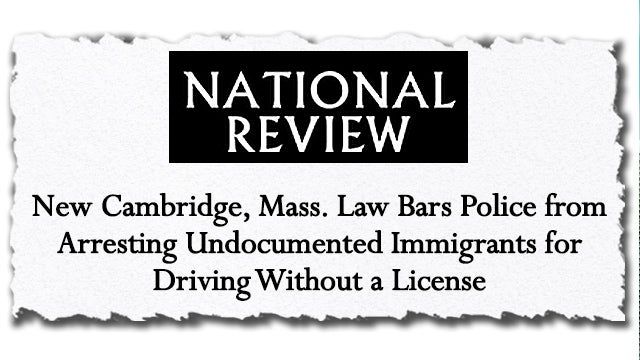 But let’s break this down. What is this, really? Undocumented immigrants, illegal immigrants, people in the country illegally in Cambridge, Massachusetts, now will not be arrested for driving without a license. You will be. If you are a resident and you’re driving without a license in Cambridge, you’re gonna be arrested. But an illegal immigrant will not be.

This is a new Cambridge, Massachusetts, law “aimed at protecting those illegally residing in the country from the grasp” of ICE. “The new law, passed unanimously by the city legislature, directs police in Cambridge to issue a court summons to an undocumented individual driving without a license instead of arresting them, although the driver may be arrested for other legal complications, such as active or outstanding warrants.” But even that is iffy.

Now, folks, this is the kind of thing back 20 years ago when it was proposed that we laughed at. This will never happen. Why, you crazy? But we should have seen it coming ’cause this is the route to voter registration for the Democrats.

Here’s a pull quote from a city councilor, Quinton Zondervan: “We need to protect our community members from a federal government that’s out of control. There are no other reasons for the police to arrest someone, give them a court summons instead which keeps them out of the clutches of the Trump administration.” 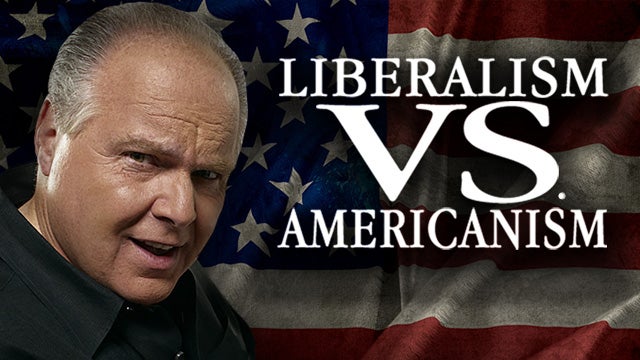 So you see, it’s all about opposition to Trump. But it’s more than that. Anyway, this is the kind of stuff that while you watch these Democrats on stage and you properly have a great time laughing at it, you have to remember they believe that cockamamie stuff that you’re laughing at last night.