Pelosi Still Bothered by My Medal of Freedom

RUSH: Nancy Pelosi is still bothered by the fact that I was awarded the Presidential Medal of Freedom during the State of the Union address. She was on CNN with Christiane Amanpour complaining and whining and moaning about it. What has it been, 2-1/2 weeks?

When does a State of the Union address last 2-1/2 weeks? When I am part of it. It’s amazing. I’ll let you hear the sound bite we get back. 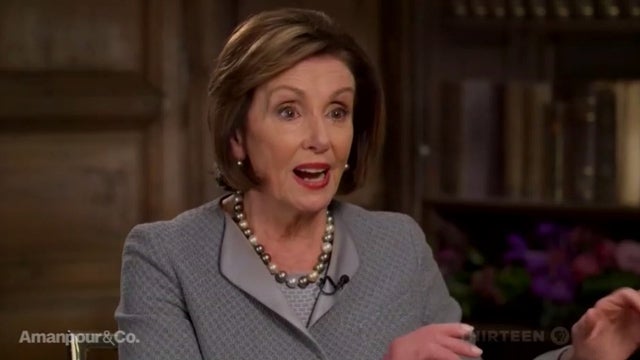 PELOSI: No, he may… He may not even have known. He was just looking straight at the president. I was very disappointed in the fact that the president used the chamber of the House of Representatives, the people’s house, as a backdrop for a reality show, giving the presidential medal to Rush Limbaugh. That’s something he should do in his own office. When he started talking about a person so respected in our country diagnosed with cancer, we thought he was going to be talking about John Lewis, and even if he’s talking about Rush Limbaugh —

PELOSI: Civil rights leader, yeah. And even talking about Rush Limbaugh, as being sick? He has our sympathy. But the Medal of Freedom? No.

RUSH: No, of course not. The Medal of Freedom? No. It’s still got ’em discombobulated. They can’t see straight over it and are still talking about it, and Pelosi still using it… Do you realize what an honor it is for me to be the reason she ripped up Trump’s State of the Union address? In addition to everything else, to have the ability to discombobulate these people to this extent that two weeks later their noses are still out of joint about it? It’s just amazing.

The piece that I mentioned in the first hour that is running on the FoxNews.com Opinion section today by Peter Rosenberger, “How One Call to Rush Limbaugh’s Show Changed Countless Lives.” There’s a paragraph here that I want to share with you from Mr. Rosenberger’s piece, and it’s something that many of you say to me when I have the occasion to meet you. “It remains astonishing how many people despise Rush while admitting they never listen to him.” That has been a 31-year phenomenon, folks.

I don’t know the answer to it. I can tell you why. Yeah, I’ve said to my friends. I said, “Outside of the people who know me and outside of the gazillions of people that listen to me, with the people that don’t listen to me, my reputation is shot.” I’m not even saying whether deservedly or undeservedly. It is shot, and it’s for one reason, and it is the media. I mean, people that have never heard this program — and it’s not just this program a lot of people haven’t heard.

There are a lot of people who never see a movie that tell you what they think about it based on what they’ve been told in a review. There are people have never watched Fox News who think that it’s daily Adolf Hitler claptrap because this is what CNN and the New York Times and others in the media tell them about it. And it’s always amazed me that there hasn’t been a degree of curiosity among people. Now, you’ve heard people call here who have been in this group.

They never listened, and they thought I was X, Y, and Z. Then listened to the program. They were shocked and stunned. There’s been a lot of that over the years, and there’s a lot of that that happens with Fox News and with other impugned and maligned personalities out there. But what it is, it’s the way the left operates. Rather than enter the arena of ideas and start debating the ideas that I believe in, they simply attempt to discredit anybody who is effective in explaining opposition ideas. 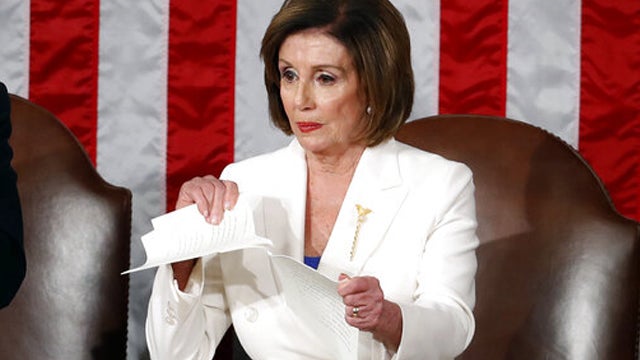 They trying to become what they think everybody wants them to be rather than being themselves, and if you’re never yourself — if you’re always trying to figure out what somebody wants you to be or what somebody expects you to be — you’re never gonna have any real intimacy with anybody because they’re never gonna get to know you. It’s a fact of humanity. It’s a fact of life. Everybody wants to be loved. They’ll do whatever it takes to be loved. People become imprisoned by what other people think of them.

But when it happens to you, that’s what they say. “It just means that you’re effective. Don’t sweat it. It just means that they don’t know how to deal with.” When it happens, they give you that excuse. But nobody’s raised that way, and so it has been all of you — knowing you’re there, knowing you know the truth, knowing you know it’s all bogus. You in this audience, when you see these ridiculous claims made about me or others who do what I do, you know it isn’t true.

You stand by us anyway. Your loyalty is constant and is 100%. That’s what gets me through. That’s what enables me in many ways and in large part to persevere and just be able to look the other way at it, ignore it. I don’t know ’em. They don’t know me. So why does it matter what they think anyway? And it hasn’t affected business in any way shape… Well, they’ve tried but we have overcome every attempt that they have made.