Trump’s Budget Is a Brilliant Answer to Democrat Socialism

CALLER: Hey, I want to get your opinion on what President Trump can spend his new political capital on. And my point is I think in this post-impeachment status that he’s in, he’s uniquely powerful, and he’s gonna take advantage of that.

RUSH: This is a brilliant, brilliant question. And I have the answer for you here in the Stack of Stuff. I am so glad you called because I would have forgotten that I had this in the Stack of Stuff, and this is important. Trump’s political capital, you’re right. He has survived now every bogus attempt to reverse the election results. He has survived every bogus criminal attempt to put him in jail, to get him thrown out of office, to ruin him, his family, ditto. He’s survived it all. 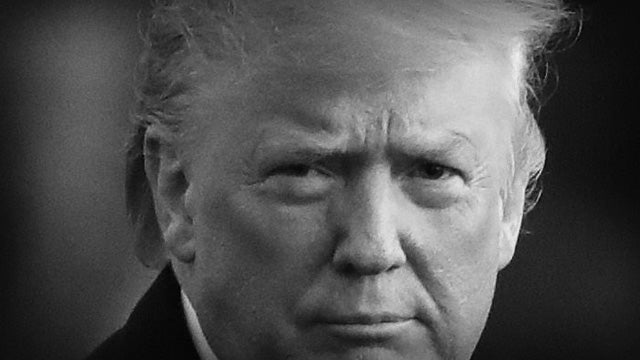 His approval numbers are now at an all-time high in Gallup, not Rasmussen, but in Gallup for his presidency. The American people’s approval numbers of his handling of the economy and their satisfaction with it is an all-time high. Therefore, Trump has the balance of this year to really try to make hay, folks, to really, really try to make tracks and to incorporate whatever he can into his reelection effort. And I think there is a hint to be found in the president’s budget.

Now, normally the discussion of budgets traditionally on talk radio is if you want to kill your show, if you want to destroy your audience, start talking about budgets. But not true in recent years because of the size of the federal budget. Remember, it was the Obama administration’s seemingly limitless spending on health care that caused the Tea Party to organically create, which frightened the Washington establishment. And that was specifically about budget.

The way to use this capital can be found in Trump’s budget. Headline of a story I found on it: “Trump Budget Cuts Size of Federal Government, but Bolder Reforms Needed.” Now, this is Daily Signal story, and they’re chronicling what the attempts here to reduce the size of government are in Trump’s budget. They don’t think he goes far enough.

But I think that it is time Trump gets serious about this. I think it’s time Trump gets aggressive about spending. He has achieved a lot of his agenda. He has revived the economy. This is the time to get serious about discussion of bringing down this excessive spending. It’s got to stop at some point. We know this. We’ve known it our entire lives. It hasn’t stopped except for a couple brief intervals in the 1990s where the budget was balanced for six months or so. But it is a big issue.

Spending, federal spending, ongoing, limitless federal spending is a big issue for a lot of people who may not vote for Donald Trump. Now, we don’t talk about this much. We haven’t talked about the this since the 2016 campaign. One of the things that happened in that campaign was that traditional conservative elements sort of got swept aside. This is one of the things the Never Trumpers couldn’t deal with. They couldn’t stomach a Republican nomination where there wasn’t some concern for fiscal restraint, federal spending, the overall expansion of the budget and so forth.

Now, Republicans have talked about it, have never done anything serious about it other than in the nineties when they won control of the House for the first time in 40 years. But there are a lot of potential Trump Republican voters who don’t vote for him because of this. And I think this is a way to get ’em back in the fold.

Now, I looked at Trump’s budget request, and here’s what I found just with a cursory glance. It’s humongously long. I can’t read the whole thing. You have to know where to go to find what you’re looking for, which I do because I’m a highly trained broadcast specialist.

Trump’s budget request would cut spending by $4.4 trillion and finally, after years, put the federal budget on a path to balance. It doesn’t have to balance tomorrow. It doesn’t have to balance next year. It’s the pathway. It is the intention. It is the structure of the budget aimed at that that would matter, and it would be big. It would be big. It’s one of the ways of disarming the left. 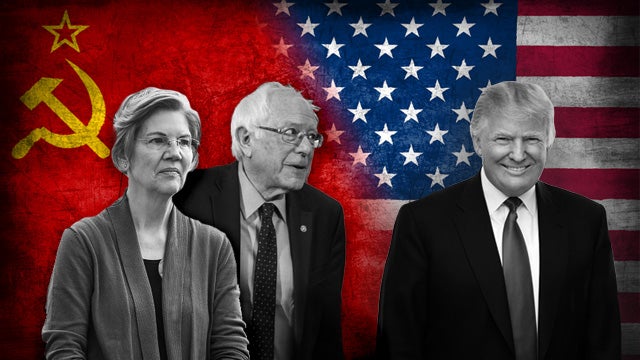 I mean, look at what the left is talking about: $52 trillion Medicare for All. Take Crazy Bernie, Fauxcahontas, any of these people and their massive federal spending programs. It is obvious that it doesn’t matter a hill of beans to them. They’ve gone full-fledged socialist, and it may as well be that there isn’t a federal budget. Their spending is such that it may not matter that there isn’t even money because I’ll tell you, we don’t have the money for all the spending they have planned: $52 trillion over 10 years, $60 trillion over 10 years for health care for all.

Medicare for All is single payer. And Medicare today is not single payer. But the Medicare for All that Fauxcahontas and Crazy Bernie are talking about is single payer. And if that day ever happens, here’s what’s gonna happen. Most people will not be able to get health care without going through the government. It’s gonna be rationed, it’s gonna be lackluster, it’s not gonna be the best. And then people that don’t have to, because they can afford it, are gonna have much better hospitals and much better doctors, concierge hospitals, concierge doctors, and they’ll get their credit card out and they’ll pay for their medical care, and it’ll be top flight.

And people that can’t afford that are gonna be stuck in the Medicare for All system, and hello coronavirus and whatever else. This is gonna cost $60 trillion, and it still isn’t gonna work. Sixty trillion dollars? There isn’t $60 trillion printed or in circulation! The Democrats are acting as though there isn’t even the need for money anymore. So Trump’s budget proposal to eliminate $4.4 trillion and put the federal budget on a path to balance is brilliant, I think, and especially as a way of getting some — ’cause there are.

There are a lot of so-called conservative Republicans that are still very nervous about all this. Trump’s budget also would significantly reduce the federal bureaucracy, and you can see, he will occasionally identify some cut in the bureaucracy that he wants to make. Some bureaucracy here, some division of some cabinet-level office over here. Whenever he does it, everybody has a cow. “You can’t just shut that down!” But he’s serious about it. He always has been serious about it.

But to do something like this, you do need to do it from a position of strength, and you do need to do it when the economy is just humming along and smoking. He would prioritize national defense. That would be the priority. Not welfare, not entitlements, but national defense. As I say, the Daily Signal has reviewed it. They don’t think he’s going far enough. But I think this is one way he could use the political capital, Ken, that you’re talking about to really solidify his agenda and his presidency and close the loop on what his vision for the country actually is. I’m glad you called.

RUSH: So I checked in the email (I do that during the break now and then) and there were a couple asking, “What do you mean, Medicare for All is not Medicare for everybody?” I realized I went through that very quick. I should have spent more time on this when the Democrats were debating this, but I don’t know. I just have a tough time taking these people seriously, but this is a good point. Everybody knows what Medicare is and for the most part, people like it. Medicare now is for the elderly, 65 and older, on average.

Yoou can opt in. There are various plans within Medicare that you can choose or not choose. It’s something that people pay into, so it’s not completely seen as welfare. And they like it. It’s an entitlement that’s settled in, and people like it. Nobody wants to get rid of Medicare. It’s on you Nanaw and Grandpaw are dealt with and handled without stress on the rest of the family. And it helps with prescription prices and whole bunch of things.

And, as I say, you can choose to supplement it with some of your own money and have it even better, or you can not. It’s got some options in it. So the Democrats have come along, Crazy Bernie and Elizabeth Warren, and they’ve got this thing called Medicare for All, which is designed to make you think that what they want to do is expand Medicare for 65 and older and just include everybody on it. It’s not what they mean. It’s what they want you to think.

Medicare for All is something entirely different. Medicare for All is what Obama really wanted with Obamacare. It’s what he wanted it to eventually become, and that is single payer. You have no choice. If you have private insurance, it’s gonna be taken away from you. If you have insurance at your employer, it’s gonna be taken away from you — and over 150 million Americans get their health insurance at work.

It’s gonna be taken away from you with Medicare for All. But remember; Medicare for All is not the current Medicare program just applied to everybody. It’s entirely new, single payer. It takes away from you every aspect of your health care today that you might like and puts the government in total control of health insurance, health coverage, and health treatment. But they’re not telling you that.