The NFL Stands Up for the Flag Because of Donald Trump

RUSH: I mentioned earlier, you know, the NFL — I really believe that Donald Trump — and I’m not pandering here — I think Trump did the NFL one of the biggest favors that it’s ever been done by calling out these people, the players who were kneeling and disrespecting the flag. Here’s another great example. The NFL can’t possibly believe, could not possibly have believed that its number-one demographic didn’t like America, could it? It couldn’t possibly believe its number-one demographic would love and appreciate disrespecting the flag? That can’t be the case, right? We don’t know. 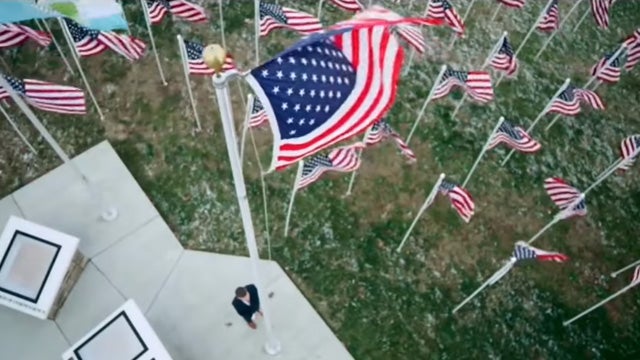 But the NFL audience, the people that watch the game, that make the TV rights fees be possible, that patronize all those sponsors, you know the drill. The league couldn’t possibly have believed that that’s what the largest segment of its audience wanted, and of course it knew it wasn’t because what happened after that Kaepernick thing began, the TV ratings began to nosedive.

And who came in and saved the day? Trump, by calling it out, by doing what the NFL probably wanted to do but just couldn’t bring itself to do. It could not go after its own employees. It could not go after the people that it elevated to star status, the players. So Trump does it. And in the process, the people that were kneeling and disrespecting the flag got called out, and they stopped. And as those protests stopped, viewership began to rise, people began to pay more attention. I mean, the attendance at stadiums was really crashing. That’s on the way back, still got some room to go on that.

But my point here is that in the pregame show last night the NFL, which has most of its media still ticked off that Colin Kaepernick can’t get a job, that somehow the media, something’s wrong with the NFL for not hiring the guy that kneels. And, by the way, who lied about it. He said his problem was not with America, with the flag, it was racist cops. But it is with America. It was with the flag. He made it abundantly clear and the NFL went out of its way to give him a workout.

He blew that sky-high, does not want to give up this pedestal he’s on, that Nike has helped put him on, that gave rise and birth to the Stand Up for Betsy Ross campaign, which then resulted in $5 million being donated to Tunnel to Towers. So in what has come full circle, the NFL in its pregame last night does a three minute devotional to the American flag. Well, to many of us it was direct, but to others it was kind of an indirect slap at all the people that got this started.

And in this instance, this is somebody realizing who the NFL primary demographic audience is. And I’m telling you again, I think corporate America is blowing this. Not all of them, of course, but some of these TV ads that ran in the Super Bowl last night literally made no sense. And I’m not that old and I’m not that generationally outside of the norm.

And I think it’s Twitter and social media that’s causing everybody to make a grand mistake, big mistake over what this country is, who lives here, what the majority thinking is, what our cultural values are. You can see it from the advertising last night.

But in this pregame show on Fox, they aired a video honoring the flag, Johnny Cash singing A Ragged Old Flag, medal of honor recipient Kyle Carpenter. This was a full-fledged, unabashed, 1,000 percent support for the flag, for the country, for the American military, for the people that defend the flag, who’ve lost their lives defending the flag.

In just three years this is a major, major political victory. I don’t want to say that too loud ’cause I’m not trying to rub people’s noses in it. I’m not doing nah-nah-nah-nah-nah. I’m simply pointing out an evolution here that continues as part of the Trump presidency that is focusing people on the decency and the greatness and the goodness and the exceptionalism of America rather than having that focus be on whatever these mindless complaints are about America’s forever tainted, it’s unjust and it’s immoral. People don’t want to hear that. It’s not how you reach a majority of the people this country, and the NFL has figured it out. And here’s just a half minute of that ceremony last night.

CASH: So we raise her up every morning, we take her down every night, we don’t let her touch the ground, and we fold her up right. On second thought, I do like to brag, ’cause I’m mighty proud of that ragged old flag.

RUSH: That was Kyle Carpenter. Now, that was chill up your spine kind of stuff. I was watching this and what a turnaround. What a complete turnaround. So good for the NFL for figuring it out.

This is Seth in Greencastle, Indiana. Welcome, sir. Great to have you here.

CALLER: Hey, Rush. It’s such an honor to be on with you. I appreciate you taking my call.

CALLER: I wanted to make just a couple quick points, if I could. The first was, it really is amazing the difference that it makes when you got a United States president that loves our country and it was seen so clearly last night in the opening of that Super Bowl. When you looked at the faces of the people in the crowd, when you looked at the faces of the players as that salute to America was going on, and compare that to two years ago, three years ago, four years ago, it’s really astounding, and it’s because we have a leader that loves our country, that’s fighting for our country, and it makes all the difference and —

RUSH: I think that is exactly right. You cannot say that it’s not a factor. You go back, ’cause you’re right. If you look at the last three years of the Obama administration when all this kneeling stuff was getting rooted. I mean, the Obama administration was purposely, I think — the American left, the Democrat Party is itself obsessed with suffering and with grievance and with misery and with unhappiness and providing themselves as the solution or as the respite from it. 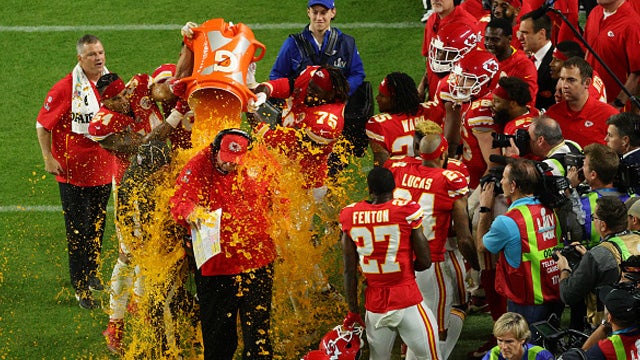 You know what the news coming out of the Super Bowl was? Two people, two people did not stand for the anthem. They would be Jay-Z and Beyonce. And that was it. It does matter that you have a leader who says it’s okay to love your country, that it’s preferred. In fact, it’s wonderful to love your country. Your country is worth being loved. You’re worth being appreciated. As opposed to America is racist and bigoted, America has stolen what it has, America is unjust and immoral. America’s not special.

Like Madeleine Albright teaches foreign policy at Georgetown or — I think it’s Georgetown, and she teaches the United States is just an accident. There’s nothing special. Just an accident of timing, a bunch of people left the U.K. at a point in time in history where the king was hated. Nothing really special about the founding of America. She’s the same woman that believes the world is destabilized if the U.S. is the only superpower. So, there’s no concept there of the United States is the good guys.