RUSH: CNN just had a “bombshell.” You can look for this. This is gonna happen throughout the busy broadcast day. The media wants witnesses. The media is insistent that Trump be convicted. The media isn’t gonna let this go. The Democrats… Trust me on this. This witnesses business is just fodder so that after the acquittal they can dirty it up and claim it was partisan and illegitimate. But the media wants a conviction.

The media is not satisfied, and so CNN just had a blurb: “Bombshell Leak: Bolton book manuscript says Trump asked him to pressure Ukraine back in May!” Now, the phone call was in August or July. Anyway, look, now we’ve got E. Jean Carroll. I told you that the Democrats always have a “bombshell” in reserve. “Woman Who Says Trump Raped Her Seeks His DNA.” 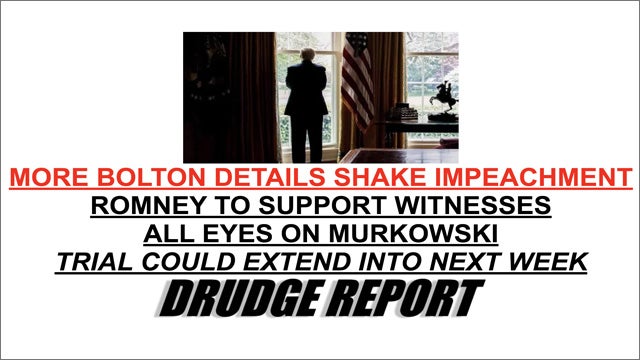 And now there’s been a leak of the manuscript of the Bolton book, and it says that Bolton writes that Trump pressured him, asked him to help pressure Ukraine. So the media is not gonna give this up and thereby pressuring the Democrats and the Republicans and so forth ’cause we’re on the cusp here of a vote to acquit either late tonight or sometime in the morning, unless the media can stop it.

RUSH: It’s all so predictable. I remember right here sitting in this very Air Chair behind this Golden EIB Microphone yesterday, and I told you that, as this thing nears its end, we’re gonna get bombshell after bombshell after bombshell, and I asked (you’ll remember), “At what point do the American people finally say, ‘I don’t believe this anymore! Where was this bombshell two weeks ago? Where was this bombshell two months ago? Why now?'”

The latest bombshell is the New York Times, and it is that John Bolton writes in his book two months before the phone call between Trump and Zelensky that Trump asked Bolton “to help him mount the pressure campaign” to investigate Burisma and the Bidens or whatever else. Isn’t it amazing? Today the New York Times magically comes up with this! Rudy Giuliani is pushing back on it. This is — didn’t happen. This simply isn’t true. 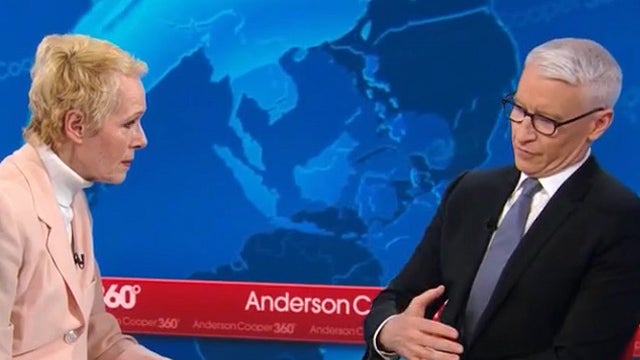 But the point is that they’ve got these things in reserve, like E. Jean Carroll demanding Trump’s DNA because she says he raped her decades ago. It is all timed when the Democrats think they’re gonna lose something — the vote on witnesses or the Kavanaugh confirmation — and every one of them, to date, has blown up. Not one of them has worked. This is the media, folks, not the Democrat Party. Now, I firmly believe the Democrat Party, they don’t want witnesses. They don’t want them.

It’s just a continuation of the same claim they’ve been making since the election night 2016, that Trump stole the election by colluding with Russia. It’s one of these situations where you do ask yourself, “At what point do the American people wise up?” I think we’re actually to a point where the American people are fed up already and not paying all that much attention to this.

RUSH: It’s funny. CNN is now begging John Bolton to call in! Rudy and everybody is denying this New York Times leak that Pat Cipollone, the lawyer, was involved in this pressure tactic and meeting in May. So now CNN’s begging Bolton to call in. (laughing) CNN!

RUSH: So I am holding here, my friends, in my formerly nicotine-stained fingers a press release from Lisa Murkowski’s office. It’s actually from her, and the headline: “Murkowski’s Statement on Senate Impeachment Process Vote.” She basically says she’s gonna vote “no” on witnesses. Now, if that holds up, then this is over. That’s it. There ain’t no way that there are going to be witnesses, if this holds up. However, I don’t know when this was prepared, and I don’t know how solid this is.

“We need to get Bolton!” Now, I don’t know if Murkowski decided that her vote was “no” before this New York Times bombshell or not, and I don’t know why she’s so certainly gonna vote “no.” Remember, we had this news yesterday. After a 20- to 30-minute meeting with the Turtle, she came out and said she was gonna vote “no,” and now the press release today, which I just got 10 minutes ago. The networks are running with it now.

“Murkowski Announces She’s a ‘No’ on Witnesses; GOP Appears to Have Votes to Block Motion.” Anybody in their right mind can see that this New York Times bombshell has just been lying in wait — laying in wait. They’ve been waiting to dump it at some point in time. In fact, you know what? I actually think that after the Kavanaugh thing blew up on ’em, I think all of this stuff is starting to bomb on the Democrats and the media, and they don’t know it yet.

Now, were there any investigations? Can anybody on the other side tell me, were there any investigations? No. Did Ukraine get its aid? Yes. Was there any delay in the aid? Yes, like a couple of days. Did Ukraine have to do anything regarding Burisma or the Bidens or corruption to get its money? No. So why does any of this matter? We’re still talking about what Bolton claims Trump wanted, and they’re trying to say, “Well, in common law, when you want to commit a crime, it’s the same thing as committing the crime.”

Except there’s no evidence for this. They want to get this belief out there that Trump wants to do all this horrible, rotten dictator stuff. But none of the things that they accuse him of doing has he done! They’re trying to convict him on the basis of he wanted to, and that means he’s a dangerous, bad guy. Yeah, he wants to suspend the vote in California! He wants to cancel climate change, whatever the hell it is.

RUSH: Well, I’ll tell you something, folks. I’ll sitting here and I’m watching a little bit of the House managers’ closing argument, their presentation, and it is obvious — it is unmistakable — that the Democrat House managers knew last night about this New York Times leak that’s been unveiled from John Bolton’s manuscript right before this program began today. They’ve got graphics. They’ve got charts prepared based on this leak that happened two hours ago. 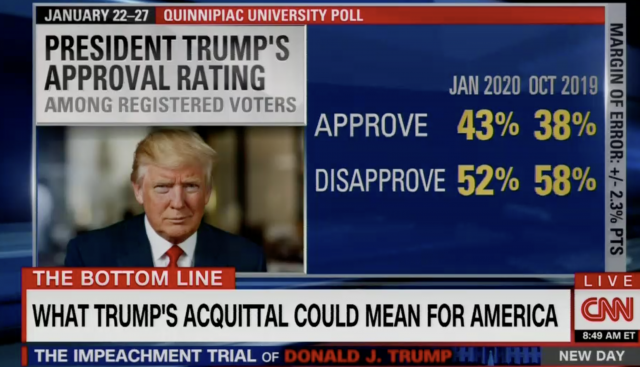 They are going all out (sputtering), “We gotta call Bolton! Bolton knows Trump better than Trump knows Trump. Bolton — Bolton knows everything about how Trump pressured Ukraine!” These people are acting like the Bidens were investigated, that Hunter Biden is in jail, that Ukraine never got its aid — and somehow, all of that is a crime. None of it has happened! Ukraine got its aid. There was no delay. There was no investigation.

None of this matters, unless they want to try to say, “Donald Trump is just a bad guy! We hate Trump. He ought not be president.” But even F. Chuck Todd is beside himself. They can’t talk people into hating Trump, and, (summarized) “Trump’s popularity is letting him get away with all of this. Trump is bullying the Constitution. It’s all because of his popular! It’s all because we can’t make him unpopular.”

RUSH: So I just had a brief minute to catch a little bit on television moments ago as the Senate took a break from testimony, and I thought I heard somebody say that it was now clear that this trial is gonna go on all the way through next Thursday. Even though the Democrats are gonna lose on the vote for witnesses. There are now 51 Republicans who will vote “no,” and they’re gonna lose an acquittal. So I’m, you know, clacking the keyboard here. Did I hear this right? This is gonna go on through next Thursday, through the State of the Union, or did I not hear that right?