Scott Adams on Trump and Ukraine

RUSH: This is Trish in Louisville. Great to have you with us. Hello.

CALLER: Hi, Rush. It’s an honor. I’ve seen recently a couple sources that Nancy Pelosi, Mitt Romney and John Kerry also have family members that have benefited from the corruption in the Ukraine. I just wonder how much that has influenced their actions as they move forward during the impeachment trial, and I feel like it needs to be out there and talked about.

RUSH: Well, let me see if I can help out here. There have been — and I’ve seen a number of stories referencing the amount of money in political payback, payoff, typical of the way Washington people earn money under the table from Ukraine, and that a lot of it is threatened because of what Trump wanted to uproot. Trump wanted to uproot corruption. Now, I don’t know the specifics of Pelosi or Kerry. I think John Kerry’s area of corruption actually is Iran.

And the Romneys? I don’t have any direct knowledge of that. But the idea that some of this would be in the works in order to protect an existing supply chain (if you will) of paybacks, payments, under-the-table money, is not inconceivable. I find it fascinating. Only the Democrats would call it an abuse of power to investigation corruption. That is what Trump was essentially doing when he asked Zelensky in Ukraine to get to the bottom of the Biden relationship with Ukraine and Burisma, the company there.

He wanted to find out if a potential future president, Biden, had done things that would make him a blackmail target. Let me share with you a thread, a Twitter thread from Scott Adams, the noted cartoonist. He is not a conservative. He’s a smart guy — and as all smart people, he doesn’t call himself a conservative. He probably lives his life that way. He’s Mensa smart. Lots of degrees in economics. He’s a trained hypnotist, if you didn’t know that. But he looks at things differently, is the point.

He is by no means any part of conventional wisdom, which I admire, and I want to share with you his take on this entire Ukraine thing, which he believes (and admits) is something very few people have thought of, and that the Democrats and the media are doing their best to suppress this. He says this entire response to Trump’s phone call with President Zelensky in Ukraine has been “[t]he best persuasion play of the past year. Democrats/press brainwashing the public to not ask the only relevant question about the ‘perfect call'” that Trump had with Zelensky in Ukraine. 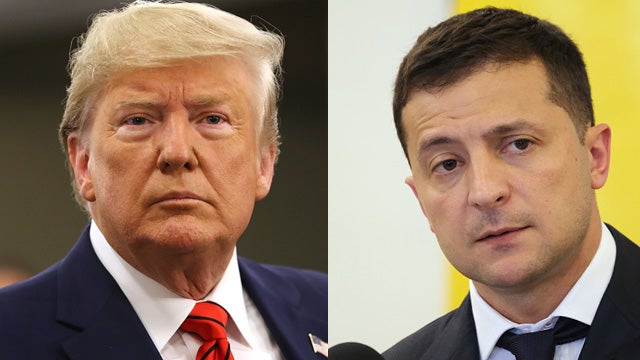 He says, “The only relevant question is this: Is there a legitimate national interest in finding out if the guy leading the polls” on the Democrat side “to be our next president has any blackmail potential from Ukraine?” That’s the only relevant question. As far as he looks at this, that’s all that matters on this. Not what the whistleblower made up. Not what the deep state and all of these civil servants had to say about this or that and the other in their testimony.

The only thing that is relevant is: What the hell was Trump getting at here? Is there a legitimate natural interest in finding out if Biden could potentially be blackmailed if he were to be elected president? Now, a lot of Democrats are gonna smirk when they first hear this. They’re gonna say (snickering), “Trump worried about blackmail? Trump is the most blackmailable president.” No, he’s not. In fact, the truth about Donald Trump is he may be the cleanest politician Washington has had. I don’t know of anybody who has been investigated more than Donald Trump.

You know, when Trump was first told about the golden showers story, he thought that he was being blackmailed right then by Comey. Do not doubt me on this, by the way. This is the January 6th meeting of 2017. It’s before Trump’s inaugurated. The day before is when Comey and Brennan and Clapper had the White House meeting with Obama, and they decide to tell Trump about the dossier and the gold showers, ’cause they want that in the news. They want the dossier out there.

The best way to make it news is to report that the president-elect has been told about it. So Comey, Clapper, Brennan go into the meeting. After the meeting, Clapper and Brennan leave and Comey says, “Mr. President, I want you to see something here,” and he shows him the golden showers story. Trump’s immediate reaction was, “This didn’t happen!” He thought he was being blackmailed. Donald Trump is not blackmailable. Joe Biden? The same can’t be said. Something smells to high wherever throughout the entire Biden political career.

So Scott Adams says, “That should be a top national concern. Especially since Russia probably finds out anything Ukraine knows. Ukraine corruption in general matters, but nothing so much as possible influence over our next president. So treating it as the top corruption risk involving Ukraine is sensible. Does it matter if Trump’s inner thoughts were only about re-election? No.” It doesn’t matter a hill of beans. “As long as he is working on a national priority, he is allowed to benefit politically.”

If Trump is genuinely trying to find out if Biden has done something so bad that he could be blackmailed… Trump loves America. He does not want America set up. He doesn’t want America used, taken advantage of by all these small-fry countries. Everybody knows this by now. If Biden would subject the United States to such blackmail, he wants to find out about it. Now, if he also benefits in the process, that’s not a problem according to the reasoning here of Mr. Adams. “Imagine a President Biden negotiating with Ukraine when he knows they probably (or might) know more about Hunter than we know. Does he go hard at them when it could be bad for his son?”

Probably not. So does Ukraine have leverage over the United States, say, in European missile defense or whatever — pipelines, natural gas, energy, whatever it is? If the Ukrainians have leverage over the next president, it weakens the United States. This is a centrally important thing. Lev Parnas, who I told everybody — and, by the way, I want to thank Sean Hannity. Sean Hannity went back to the archives of this program and the Dittocam on one of his programs last week. We, on this show back in November, predicted that this clown, Lev Parnas, would be one of Adam Schiff’s future bombshells, and it turned out to be exactly right.

We have the audio sound bites to back up the assertion. So Scott Adams says here, and, by the way, this next point is really crucial. “Lev Parnas tells us that getting Ukraine to announce an investigation was the focus because no one trusted Ukraine to do the actual investigation. Getting them ‘a little bit pregnant’ with a public announcement creates pressure for them to follow through.”

So everybody’s misunderstood this. On the phone call, Trump asked and demanded — and in subsequent meetings with other people, Trump was demanding of Zelensky that you announce the investigation into Biden. Now, everybody on the left and the media has said, “This is just Trump trying to win politically. This is Trump trying to embarrass Biden. This is despicable. This is impeachable.”

This is not what Trump was doing. Trump wanted them to publicly announce it so that they’d be on the hook. It’s one thing for Zelensky on the phone to tell him, “Okay. Okay. We’ll investigate.” They hang up and nothing happens. But if Zelensky is forced to publicly announce the investigation — and, by the way, none of this ended up happening, and Ukraine still got all of its money. 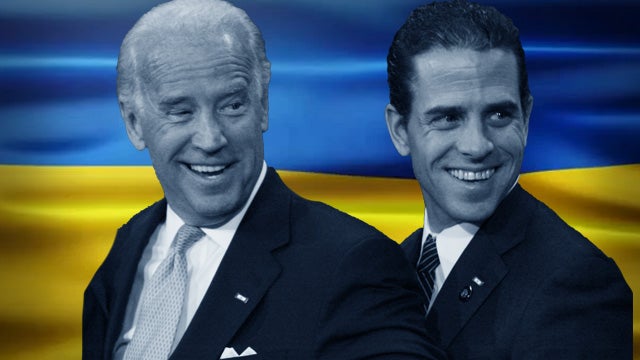 So, “If we accept the obvious, that finding out if Biden could be unduly influenced by Ukraine is a top national priority, and no one trusted Ukraine to do the right thing via normal lower level contacts, what option did Trump have? He used Rudy to ‘hack’ a broken system, shake the box, and put pressure on Ukraine, any legal way he could.

Now, “We don’t impeach presidents for operating differently than we would have done in the same situation. Trump ONLY operates differently, hacking one system after another, generally successfully.”

And then Adams concludes, “If the way I just framed things is the first time you have thought of it this way, and it probably is, you know why I say making you blind to it is the best persuasion play of the past year.”

RUSH: Mr. Snerdley, let me ask you a little question now. Do you know, everybody says — let me read to you a paragraph here from Mr. Newt. Mr. Newt’s got this piece that ran a couple days ago at Fox News. “Trump Impeachment Will Bring Pelosi and House Democrats Condemnation by History.”

And here’s a pull quote from his piece. “Pelosi has it exactly backward,” when she says that Trump will be impeached forever. “The Senate is going to refuse to convict President Trump. He will be exonerated, and she and the Democrats will be condemned by history. 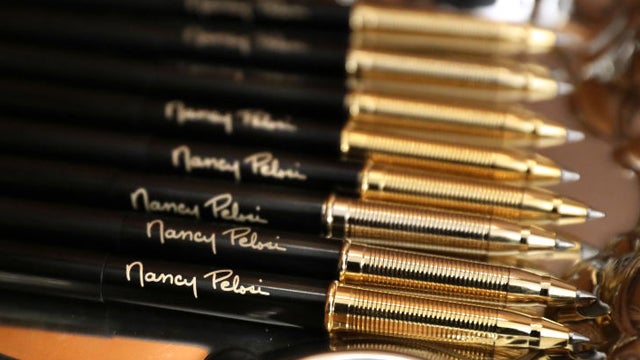 “The wide repudiation of the House Democratic betrayal of the Constitution is already beginning. As a historian myself, I think it’s important to document these reactions. Consider historian Victor Davis Hanson’s analysis for the National Review, which was subtitled: ‘The new normal: Impeachment as a routine partisan tool, endless investigations, lying under oath with impunity, surveillance of political enemies, zero accountability.’”

My question to you, everybody under the sun, I myself have said so, there ain’t no way Trump gets convicted. No way whatsoever. Do you believe that? Okay, let me phrase the question a different way. Do you think it is possible Trump could be convicted? (interruption) You don’t think that they could find a way to get 20 Republicans to betray Trump?

You have seen conventional wisdom, something is a lock, it’s gonna happen, all of a sudden out of nowhere here comes some bombshell, October Surprise or whatever that blows it all up. It would take 20 Republicans to vote against Trump, to get a conviction, ’cause they need two-thirds. They need 67 votes in there to get a conviction. It isn’t gonna happen.

But the question about Republican unity, it’s not because of a charm offensive. That’s not why there’s Republican unity. The reason there is Republican unity is because the Democrats don’t have a single damn shred of anything. There is nothing. And the only potential Republican weakness here is on the calling of witnesses.

Now we’re concerned the Democrats will not get a fair trial if they’re not allowed to call certain witnesses? Republican unity is based on the fact that the Democrats are so far out of the mainstream now that going Jeff Flake and joining them would be suicide. And this idea that we’ve gotta be fair or we need to call witnesses and look like — that’s an absolute nonstarter.

There isn’t a shred of evidence. This would be Republicans capitulating and going along and giving the Democrats their circus or show that they’re going to try to use and create a PR effort to make it look like Trump has done something, something they have failed to convince a majority of Americans despite three solid years of media lies and distortions.