RUSH: James O’Keefe, Project Veritas, released a video of a Bernie Sanders supporter, one of these secret videos where the Bernie people are salivating over what’s gonna happen after Bernie wins. It’s the next bite. Here we go. 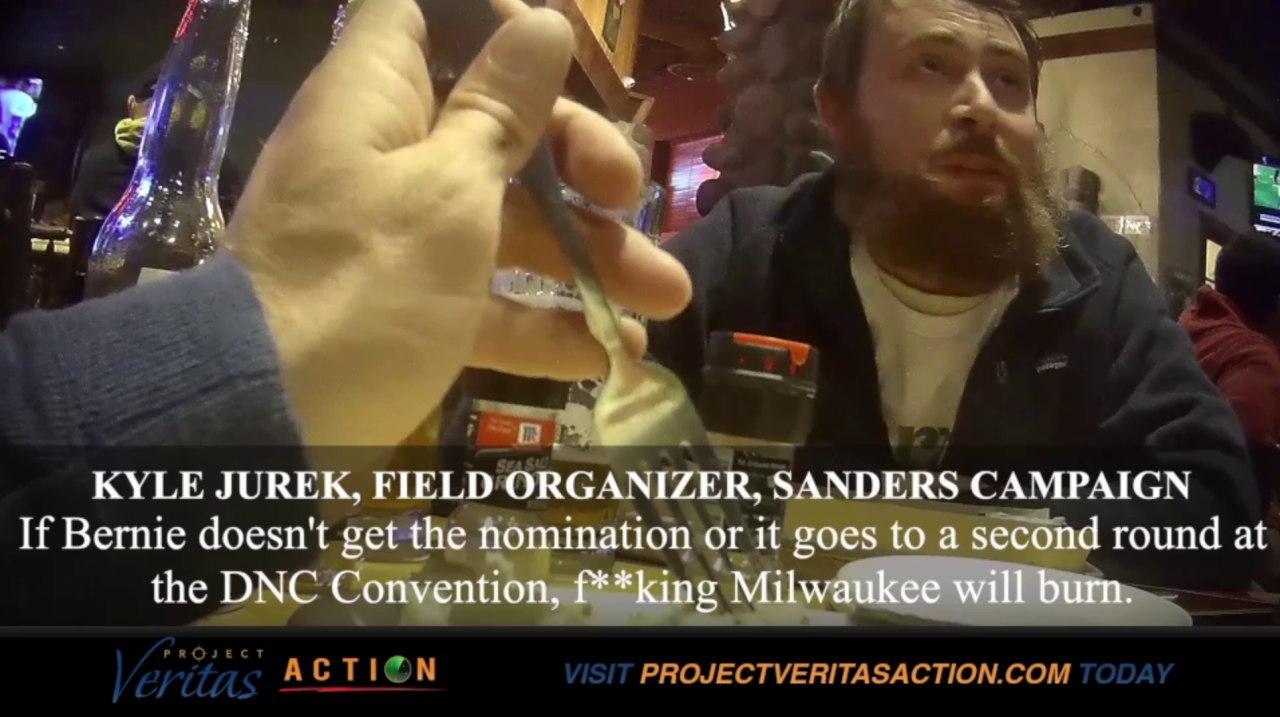 JUREK: There’s a reason Joseph Stalin had gulags, right? And actually, gulags were a lot better than like what, like the CIA has told us that they were. Like, people are actually paid a living wage in gulags, they had conjugal visits in gulags. Gulags were actually meant for, like, re-education. Greatest way to break a f(bleep)king billionaire of their, like, privilege and their idea that they’re superior, go out and break rocks for 12 hours a day. You’re now a working class person and you’re going to f(bleep)king learn what that means.

RUSH: This is a Bernie Sanders worker. This guy’s name was Kyle Jurek. And he was salivating over what was gonna happen if Bernie Sanders wins. And these are the kind of people supporting. He’s a flat-out communist. And of course it got yawns in the Drive-By Media, as you can expect. But this is who they really are, folks.

RUSH: There’s one more bite here from this wacko that runs part of Bernie campaign, this Kyle Jurek guy. Kyle… (interruption) What’s that? (interruption) There’s two more? Oh, it says… Oh, okay. Is it Kyle Jurek? Yeah. You’ve gotta hear this. Now, again, this is Project Veritas, James O’Keefe with a secret video uncovering this, and it didn’t get a lot of play, of course. The Drive-By Media totally ignores it.

People who hear it say, “This is an extremist, Rush. Come on. This is not who these are.” It is, folks. These are the people that Bernie Sanders is attracting. Now, not all of them, but there’s a sizable percentage of Bernie Sanders supporters who believe that if he wins, this is the kind of stuff they are ultimately gonna be empowered to do: Take billionaires to reeducation camps.

“Take their money away from the ’em. Make ’em pound rocks for 12 hours a day and they’ll learn real fast what it’s like to be an average working class guy,” as though they don’t know in the first place. So here is the second bite. This guy is working for Crazy Bernie in Iowa. He’s an Iowa field organizer, and this is him talking about what’ll happen if Trump wins reelection.

MALE JOURNALIST: Well, if Trump gets re-elected, what?

FEMALE JOURNALIST: Do you even think that some of these, like, MAGA people could even be (snickers) re-educated?

JUREK: (laughter) I mean, we gotta try. In Nazi Germany, after the fall of the Nazi Party, there was a s(bleep)t-ton (bleep) of the populace that was f(bleep)ing Nazi-fied. I mean like, Germany had to spend billions of dollars reeducating f(bleep)ing people to not be Nazis. Like, we’re probably going to have to do the same f(bleep)ing thing here. And that’s kind of what Bernie’s like whole f(bleep)king like, “Hey, free education for everybody, ‘cause we’re gonna have to teach you to not be a f(bleep)ing Nazi.”

RUSH: So this guy thinks that Bernie’s free education is nothing more than a code for reeducation camps where people are gonna be brought in and de-Nazified, meaning they’re gonna have their conservatism beaten out of them. That’s what they think conservatives are, these Looney Tunes. Next up is what happens if these people resist. If Bernie wins and these clowns ever get a chance to take you to a reeducation camp, and you resist, then this is what this guy dreams of being able to do.

JOURNALIST: What are we going to do with those people that resist the change? ‘Cause that’s a big deal.

JUREK: Well, I’ll tell you what. In Cuba, what do they do to reactionaries?

JOURNALIST: They shot them on the beach.

JUREK: Do you want to fight against the revolutiooooooon?

JUREK: You’re going to die for it!

RUSH: “You want fight against the revolution? You’re gonna die for it.” Now, you say, “Come on, Rush. These people, they’re fringe. There’s not gonna be anybody out there that’s gonna actually be doing this.” Maybe. I know that Bernie Sanders is not in control of everybody supports him. I know that he’s not issuing these kind of marching orders. I’m telling you, this is what these people think. This is what individual, Looney Tune young people think. Who knows what kind of poison has been injected into know into their systems and for how long?

But these are the things they are dreaming of being able to do if they have the power of Bernie Sanders being elected. They are real. They exist. I don’t know how many of them there are. But they’re real. They’ll be very honest about what they think and how they’d like to deal with people that they disagree with — and here’s Crazy Bernie himself. Let’s go back to 1986, Burlington, Vermont, University of Vermont. This is the mayor at the time, Bernie Sanders, speaking to a class on the 1960s.

SANDERS: I remember, for some reason, being very excited when Fidel Castro made the revolution in Cuba. I was a kid and I remember reading that, and it seemed right and appropriate that poor people are rising up against ugly rich people. I was very excited and impressed by the Cuban revolution. I was watching the debates. You remember the famous Nixon-Kennedy debate, and there was Kennedy and Nixon talking about which particular method they should use about destroying the revolution. Kennedy was saying that Nixon was too soft on communism. I actually got up from the room and almost left to puke. 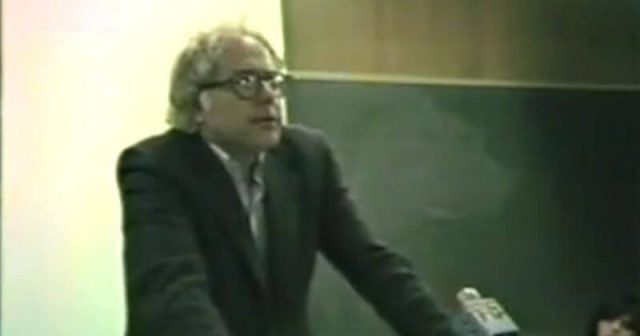 RUSH: Liked Castro, liked the Cuban revolution, liked rising up against ugly rich people — and he had to leave the room and puke when JFK announced that he was opposed to Castro. So, you know, we don’t know how many people have heard Bernie Sanders in environments like this. Bernie doesn’t say this stuff publicly. But a lot of his true-to-heart believers believe this is who the guy is.