RUSH: This is a CNN story. I assume all of you know who Jeffrey Epstein is — uh, was.

That’s not what this is about. Can I give you the headline? “Jeffrey Epstein’s Disregard for Environmental Protections Showed his Disrespect for the Law.” What! Really? “Jeffrey Epstein’s Disregard for Enviro…”? What is this about? Well, let me give you some pull quotes. Now, keep in mind the Drive-By Media totally ignored and buried the activities of this guy, this pervert for decades while he was abusing scores of little girls. How about #MeToo, anyone?

The Democrats and women are running around talking about all of the abuse of women and how they are used and treated shabbily and so forth, and covering up for this guy, because he was a philanthropist and a donor — and Bill Clinton liked to party with the guy. So did Prince Andrew and who the hell knows who else. But now CNN runs a story because the guy disregarded the climate. He was a climate threatener, and this is unacceptable.

The other stuff? Well, we cover that up and not talk about it. But this guy was destroying the planet. How did he do that? “[B]uried in the lawsuit filed on Wednesday is a different type of accusation — the late Epstein as environmental villain. The lawsuit filed by U.S. Virgin Islands Attorney General Denise George against his [Epstein] estate says that Epstein and others potentially damaged the delicate environment with illegal construction projects and brushed aside fines and other efforts to curb his behavior.” 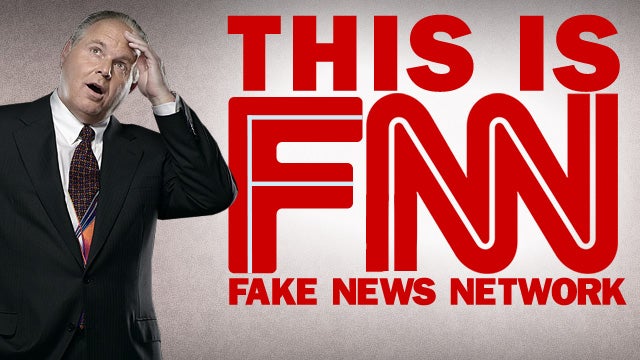 In other words, he did illegal construction, and they fined him, and he paid the fines. But he kept doing the illegal stuff, like building that temple, that weird looking temple that he had that nobody knows what it was for and all the buildings and the roads and highways. Somehow this was threatening climate change — or threatening the planet, causing climate change. “These alleged violations pale in comparison to the sexual abuse behavior that make up the main allegations of the lawsuit.

“Still, they provide further evidence of how Epstein flouted the legal system and used his money and power to avoid repercussions, according to officials. … During Epstein’s ownership of the islands [in the Virgin Islands], the ‘DPNR repeatedly issued citations and assessed thousands of dollars in fines for violations of the Virgin Islands construction code and environmental protection laws,’ the lawsuit says. Those were ‘significant’ penalties for the agency and to the average resident, the lawsuit says.

“But Epstein, with his multimillion-dollar wealth, was not your average resident. The fines had little effect in curbing or stopping his enterprise’s unlawful conduct or …” They’re upset because the guy had no concern for the environment. What he did with the girls? Eh. But his real crime was his lack of environmental concern. This is how corrupt and ludicrous these people are. They just destroy everything. So the idea that they have corrupted impeachment here? Spare me the tears. Of course they have! What have they not corrupted?