RUSH: Folks, I just said that I don’t watch videos. It’s mostly true, and the reason I don’t watch videos is ’cause it takes so damn long. People send me videos. “You gotta watch this!” I look at it, and the first thing I look at is, “How long is it?” And if it’s longer than 30 seconds, then I look elsewhere to find, “What’s the point of this thing?” I don’t have five minutes to watch a video. Plus, I need it to be closed-captioned or I can’t hear it anyway. But there are exceptions. Ivanka Trump participated in a recent consumer electronics show out in Vegas, and I thought it was fascinating that she did.

You know, it was a demographic outreach. This is, you know, a bunch of tech nerds, consumer electronics aficionados, designers, innovators, the tech blog journalists. Of course, she was ripped to shreds. Well, she wasn’t — well, she was — but the CES was ripped to shreds for even inviting her just because of her last name. And then I saw that she was treated very politely and got a decent amount of applause and support.

So I said, “Hmm!” So I wanted to watch it. Now, that video — total — was about 34 minutes. I didn’t watch the whole 34 minutes, but I watched enough of it to try to figure out… And I knew she was gonna do it. I’m a powerful, influential member of the media. I knew this was gonna happen, and it was either yesterday or the day before, the keynote. It wasn’t actually a speech.

It was a Q&A with one of the organizers of the event, and I wanted to find out, “Why did she get applause? What did she say at this thing?” Now, these are people in the tech community. They’re not all a bunch of reflexive, axiomatic, automatic leftists. Many of them are, but not all. You have a decent percentage of ’em who are entrepreneurial and, as such, not looking for handouts or grants. But many of them were. 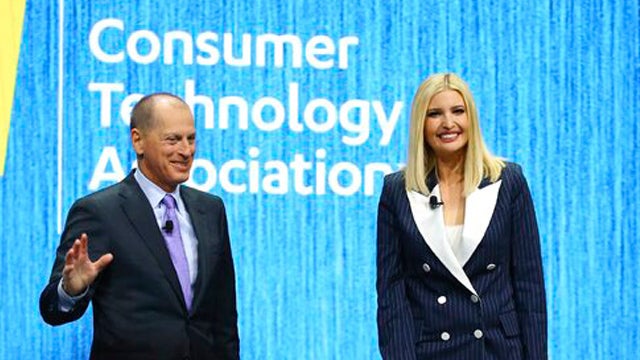 And she spent a lot of time explaining to them aspects of the Trump administration that I will guarantee you this audience had no knowledge of whatsoever, and how these programs and policies of the Trump administration specifically related to that age-group — essentially Millennials and maybe a little older — and the tech crowd. And how the policies they were enacting on family leave… They were government, private-business partnership policies.

And you could tell that the audience was mesmerized. They were in shock and they were not expecting it. They were prepared to hate, ’cause it’s a Trump. They were expecting an idiot. They were expecting a child that hadn’t had to accomplish anything, was just there because her name is Trump. She is, of course, the exact opposite. She’s intelligent, independently successful on her own. She’s an adept, brilliant communicator — and these people were shocked.

Much of what they heard her describe was Trump administrative objectives that have items that relate to things these people care about, the cost of housing… You know, where they live and work — Silicon Valley, Northern California — the idea of owning a home is as foreign to them as maybe becoming a millionaire is to the average American. “Oh, it’d be great; it will never happen.” It’s that far out of reach because it’s that expensive.

Health care, a number of other things that the Trump administration is working on that’s directly going to benefit people in this demographic, they had no idea of. Every day, they write about what an idiot Trump is and, “Why does Tim Cook of Apple meet with him? Oh, my God, he’s an abject idiot. He’s an embarrassment,” and his daughter shows up and it was really good. If I’da had time, I’da watched the whole thing. Some of you may not like it because it was about specific government-private sector partnerships, and some conservatives don’t like the idea. 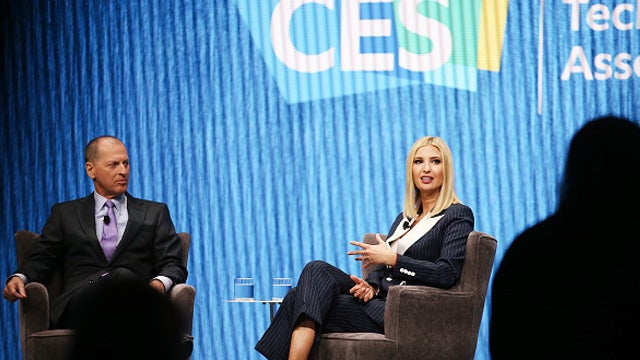 “Government getting involved? Nah, nah, nah. We want to get government out of these kinds of things.”

In that sense, it’s understandable why she got the warm reception as opposed to the boos and the catcalls that everybody was expecting.