The Climate Always Changes, But We’re Not the Cause

RUSH: This is Jim in Florida. Great to have you on the EIB Network. Hello, sir.

CALLER: Thank you, Rush, and Merry Christmas to you and your family. 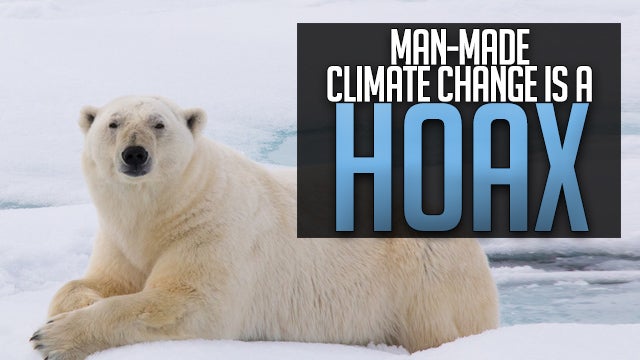 CALLER: Directional gyro dittos to you. I’ve been wanting to point out… I wish to thank you for your unambiguous statement that climate change is a hoax, because rocks and fossils do not lie, and they do not have an agenda. The earth has gone through so many climactic changes that are well documented through all the years — and had we not discovered earth fuel and how to use it, there would not be a tree left on the planet.

RUSH: Exactly right. This is just so much common sense! You know, the point I always try to make when I say, “Climate change is a hoax,” is add “man-made.” The fact that you’re doing it? It’s a hoax. The climate, the earth is changing constantly. The speed it rotates on the axis, the orbit around the Sun, it’s all manifestly changing in different ways. It’s wobbling here and there, getting back to normal. Temperatures fluctuate. It’d be hard to establish what’s the norm.

This is the thing about this movement that’s always amazed me is that the arrogance of these people who assume that what everything was climate-wise 20 years ago is a normal, is the baseline against what we’re gonna judge everything since. How do they know? Nobody’s been alive long enough to have any idea what the actual norms of this planet are. The norm could be an ice age for thousands of years, and we could be between two of ’em. It’s just so asinine to claim that man is causing these dramatic changes when we haven’t the ability to cause or to stop any of it.

I appreciate the call.