We’re in a Battle to Save America As Founded

RUSH: Here is David in Huntsville, Alabama.  Glad to have you, sir.  I’m glad you waited.  You’re next on Open Line Friday.  Hi.

CALLER:  I’d like to ask you a question I don’t think anybody in the media’s talked about and I don’t think the Democrats have really considered.  Let’s hypothetically say that Trump actually gets removed from office.  That makes Mike Pence president.  What kind of president do you think Mike Pence would make, and do you think the Democrats would actually try to impeach him, too?

RUSH:  Uhhhh… Pffft. No, but that would be a calendar or clock thing.  I think they’re fully aware that Mike Pence would be president.

CALLER:  What kind of president would he be?

RUSH:  Come on.  You have to… If they’re trying to get rid of Trump, they know who’s next, and it isn’t Hillary. 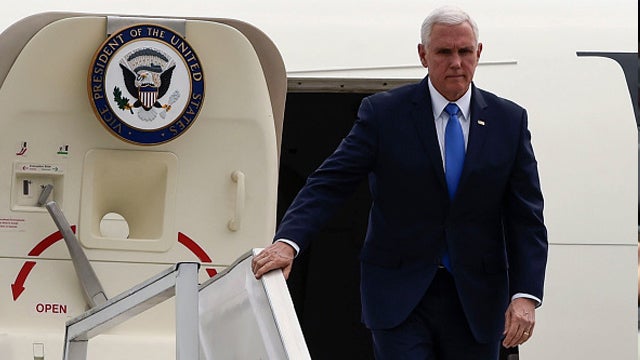 RUSH:  It’s gonna be Mike Pence.  I’ll just tell you point-blank since you asked. I think they believe that Mike Pence is a big, fat zero.  They think he’s a big, boring dryball that’d be so easy to beat. They think they’ll be able to attach Pence to Trump, and you might have a point.  They might say, “If we could have impeached him, we woulda, because he was with Trump all the way.”  But they, I don’t think — and I think they’re so wrong about that. (chuckles) I think they’re misjudging this as badly as they’ve misjudged everything. But they believe Pence would be easily beatable.

I think they’re so delusional that nothing about this that is guiding them or propelling them makes any sense whatsoever. Now, I want to throw something else out. Since you have brought this up, if Trump is actually removed from office, I don’t even think it will require that. Let me ask you this.

If you wake up one day sometime during the next year, and since you structured a hypothetical, let’s create a really, really bad one. Let’s say the Democrats win the White House in 2020. And you wake up one day, and you learn that Chuck Schumer is demanding that every confirmed judiciary appointee made by Donald Trump be taken down because he was illegitimate because he was impeached. Do you think they’re capable of that?

You better believe they are. Not saying they could get it done. I’m saying do not be stunned if someday — and it may happen in January. They may throw this out depending on how this all goes, they may think they need to stoke wood on the fire to get it burning if they’re losing ground. They may even try to rouse up their base by throwing something like that out.

My only point is, we haven’t reached the end or even the limit of their efforts here to get rid of Trump or to render his entire presidency as illegitimate. Despite the obvious nature of the Democrats, I don’t think enough people realize exactly what we are all up against today when opposing the American left or the Democrat Party. These are not just political battles. Look. These people are refusing to accept now when they lose elections. This is the beginning of something, not the end.

The battle we are in is virtually and literally about, will this remain the United States of America as founded? That is what is being waged here. And we’re up against a party who is attempting to eliminate as much of and as many of the principles of our founding as they can. And they’ll do it year by year. They’ll do it election by election. They’ll do it event by event. That’s what we’re up against.

Asking me who the nominee is does not tell me you understand what’s at stake here. The same thing with the Republican nominee. This is a battle that is becoming more and more obvious as every day goes by. These people don’t just have a political disagreement with Donald Trump. They’re not just politically unhappy. They were on the way. Eight years of Obama. They were on the way to transforming this country.

In their minds, they had convinced people to stop dreaming about an always-improving country and always-improving economy. They had gotten people way on down the line stop thinking about traditional American values. Those are old-fashioned. They’re racist. They’re discriminatory. They’re bigoted. They were on the way to turning upside down everything that has become the foundation of this country. 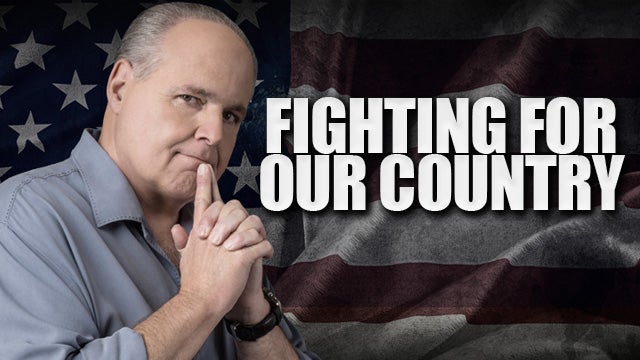 And then Trump gets elected. And in three years the progress that they made in their perception, the progress they made has been brought to an utter, screeching halt. And not just economically. They’ve been exposed for what they’re trying to do. They don’t come out and honestly say that this is their agenda.

CALLER: Rush, it’s a delight to talk to you. I’ve tried so often to get through to you. Thank you for taking my call today.

CALLER: I have a couple of comments, Rush. I am so proud of you and so glad that you are the voice of truth. I listen to you, I’m glued to the radio every day. You have the same values as I, my mother and father had. These people in Washington are — I don’t know — they’re living in outer space. They’re out of their minds. And they really are crazy, because they believe everything they have said. And when you look at their faces you can see the insane hate and rage in their faces that they don’t even know they’re showing.

And unlike the caller previously, I do believe, along with you, that this is gonna come out. And when it comes out, there is gonna be such a cry of freedom in this country like we’ve never heard. And one last thing I wanted to say, I’m so proud of our president for standing up for us and the first year in his election, it was the first time I went to a store at Christmas and people started saying, “Merry Christmas” instead of “Happy holidays,” “Have a nice holiday” or whatever. And I’m nervous. I know you can tell that. But I’m just so indebted to you and —

RUSH: Well, you’re very kind. But that’s part of the corpus that is being remade here. Merry Christmas. Just traditional American values. America first. Make America Great Again. Nothing threatening about it. America being great can mean wonderful things for everybody. The left even tries to mischaracterize what Make America Great Again means. They think it’s a return to slavery. I’m not making that up. That’s what they think it means.

CALLER: And, Rush, for eight years I did not vote for Barack Hussein Mohammed Obama. I detested the man and his policies, but I didn’t complain because he was elected. However, after eight years of being called a racist when I am not a racist, never was, wasn’t raised that way, being called a homophobe, being called a bigot. You know, you are what you eat and what you read and ingest —

CALLER: — naturally you start to think.