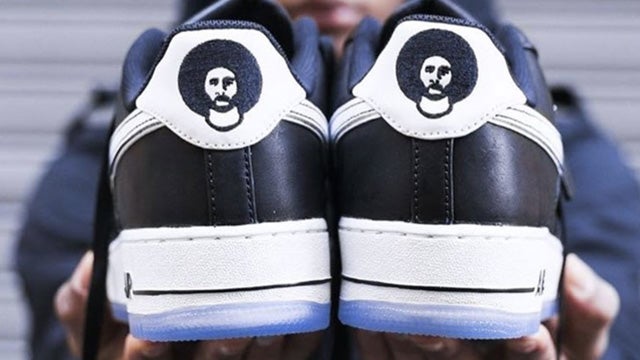 “‘This special edition Nike Air Force 1 comes dressed in a Black and White color scheme…'”  “Black and White color scheme”?  How racist.  This shoe is made exclusively for kneeling.  It’s got the exact kind of flexibility you would need to kneel.  “‘It features a Black leather upper, a gradient-faded Swoosh on the sides completed with several personal details. A hangtag with Kaep’s number 7 atop a white midsole and icy translucent outsole with the date Colin first took a knee in protest ‘8/14/16’ on the right shoe finishes the design.'”

I guess that would be the shoe that you would use to kneel. They’re $110 a pair.  Go ahead, Nike, keep doing it.  You’re just gonna force people to want to react to it and push back.  It reminds me. You know, I mentioned, folks, that we in the last hour that we’ve set an all-time record for membership at RushLimbaugh.com.  I don’t want anybody to misunderstand when I say this.  This is all due to you, and we have more appreciation and thanks and gratitude than we could ever express.

It’s because of that we don’t stop in trying to make it the best and the most comprehensive, the most worthwhile and the most valuable we can each and every day.  Now, today is my wife’s birthday — Kathryn’s birthday is today — and the staff up at the warehouse, the fulfillment center, the design center is throwing her a surprise party today, and I wanted to acknowledge her role in all this, because it’s practically everything.  The idea for Stand Up for Betsy Ross was something she pitched to me on July 4th when we first heard of the Betsy Ross shoe being pulled off the market by Nike. 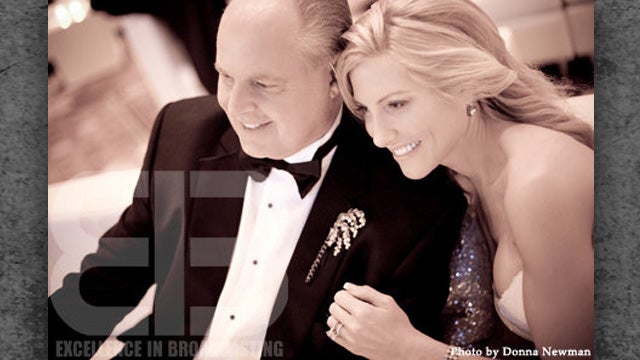 Every design of every item of apparel was designed by Kathryn.  Every item was chosen — the color scheme, the manufacturer, all of it.  Kathryn has also been a major player in the overall redesign of the website and the app.  She really has devoted so much time to all of this, and it shows.  And the recent spurt of growth of this entire enterprise directly correlates with her rolling up her sleeves and getting involved in this.

When I found out they’re throwing her a surprise party today I said, “Way to go.  Do it when I can’t be there.” (laughing) It’s going right now at our super-secret warehouse. I can’t tell you where the warehouse is.  You people would mob it.  But it’s just great, and she has been such a factor in the entire Tunnel to Towers operation, the Stand Up for Betsy Ross.  We’re not through with this, of course, and we’re not through with continuing to update the stuff in the store and the designs and all that.

So it’s just a great, great, great way to end the year with so much of this being so profoundly successful and having it mean so much in terms of the Tunnel to Towers association, so much to first responders and military personnel who’ve been killed in action.  The work Tunnel to Towers does in paying off mortgages or in some cases building houses…

To have been part of that is a tremendous thing, and you’re the ones that made it all possible. You are the ones who are acknowledging the hard work that a lot of people are putting in making this stuff happen, and it’s so appreciated… Look, I can’t even scratch the surface on how much.  So thank you from the bottom of all of our hearts.