Why Trump’s Letter to Pelosi Drives Them Nuts 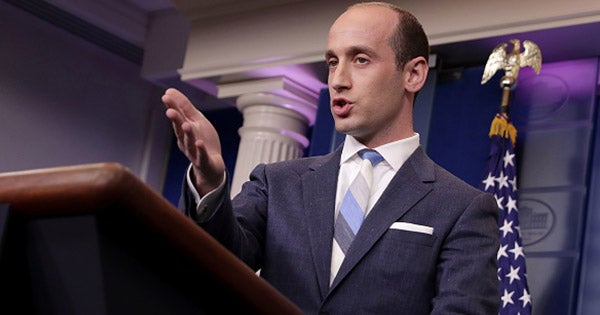 He’s a prominent Trump advisor. He’s a firebrand when they put him on TV. He’s not a white supremacist. It’s bogus. But because they think they’ve tagged him as such, they mentioned he co-wrote the letter, so that’s supposed to immediately discredit it. What this letter represents is another in a long line of things that people in the Washington establishment just are not accustomed to. They’re not accustomed to it.

If you are in the Washington establishment, Republican or Democrat — if you’re in it — and, at some point, it eventuates that you become the target, you are to take it. You do not push back, other than maybe going to court and getting a lawyer who’s also employed in the establishment, spread the wealth. But you don’t push back, other than legal procedures. But you don’t push back politically. You take it, like George Bush took it all of those years. All of that slanderous criticism, he took it. Why did he say he took it? 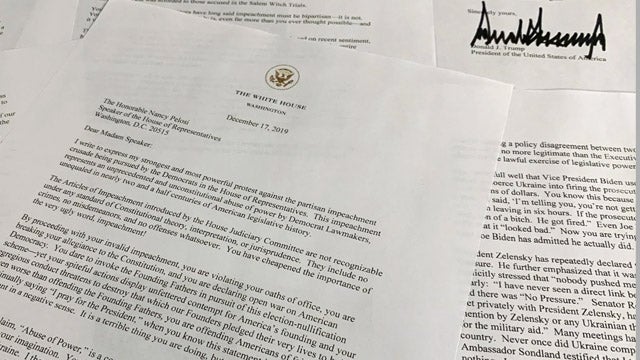 Like I said at the beginning of the program, I really don’t think these people have much experience dealing with adversity. You may think that’s crazy because they’re all political and they are all experienced, they’re veterans of election campaigns. But I’m telling you, folks, these people do not face the adversity conservative Republicans do every day, just in light of media pressure alone. They never get any. You can count on one hand the number of Democrats in our lifetimes that the media set out to destroy and ruin, and it has been to protect other Democrats.

Destroying Republicans is part of everyday media behavior. The Democrats never have to face an adversarial media, they don’t have to deal with adversarial polling units, and they end up believing all this stuff. I really do think that with somebody like Trump who’s constantly pushing back and constantly, properly identifying and describing them for people… No, it’s not that it surprises or shocks them, although it does. I think it just stupefies them.

They don’t have any experience with it. Whereas Trump has now four years and counting dealing with this multiple times a day practically all day, every day. So Trump writes a letter to Pelosi. “Nan-shi,” as she pronounces it, “Nan-she Pelo-shi.” Did you see where Trump the other day said, “Nancy, your teeth are falling out. That’s why you’re having trouble speaking here. When are you gonna announce this impeachment stuff”?

Well, it’s what everybody was thinking!

So Trump fires off “a scathing letter to Nancy Pelosi” ripping into the impeachment vote today, claiming the Democrats were “declaring open war on American democracy.” He said, “The Democrat impeachment proceedings are an unprecedented, unconstitutional abuse of power by Democrat lawmakers unequaled in the country’s history.” In his letter to Pelosi, he wrote, “The articles of impeachment include no crimes, no misdemeanors, no offenses whatsoever.”

It’s a six-page letter, by the way. He wrote, “By proceeding with your invalid impeachment, you are declaring open war on American democracy. You are offending Americans of faith by continually saying, ‘I pray for the president,’ when you know this statement isn’t true, unless it’s meant in a negative sense. It’s a terrible thing you’re doing. But you will have to live with it, not I.” Trump wrote that Pelosi had “cheapened the importance of the very ugly word ‘impeachment.'”

He charged that Democrats “only want to overturn the 2016 election.” “Everyone,” he wrote, “you included, knows what is really happening. Your chosen candidate lost the election in 2016 in an Electoral College landslide … and you and your party have never recovered from this defeat. So you’ve spent three straight years attempting to overturn the will of the American people and nullify their votes. You view democracy as your enemy,” he wrote. “You are the ones interfering in America’s elections. You are the ones subverting America’s democracy.

“You are the ones obstructing justice. You are the ones bringing pain and suffering to our republic for your own selfish, personal, political, and partisan gain.” Folks, that paragraph is a grand slam. He has called them out, and in doing so with this verbiage, he is saying what every Trump supporter out there is yelling every time they see any of these Democrats on TV talking about Trump abusing office, enriching himself politically and personally. He’s right when he says you are the ones “interfering in American elections.”

They are — and not only are they interfering, they are corrupting them. 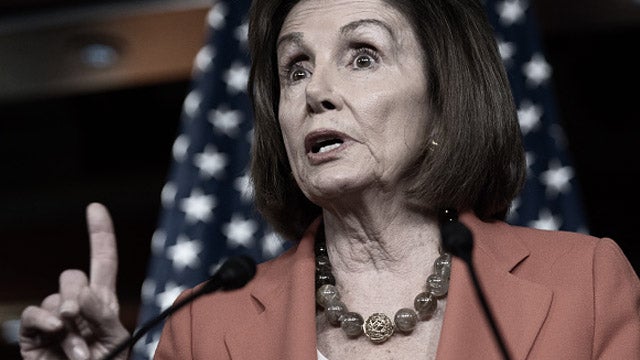 This is the thing that hasn’t yet become common parlance in the discussion of this scandal, but it needs to. It is the Democrat Party that is meddling and corrupting the perceived and real integrity and honor of American elections by refusing to accept when they lose. By claiming the Russians meddled, the Russians stole it, that Trump is a traitor and worked with them to steal the election, they are calling into doubt the honor and integrity of an election in which there was no meddling that has ever been found nor could be proved because it did not happen.

Barack Obama himself has said it would not be possible in the way these people are suggesting that it happened. A foreign power somehow meddled in the election and caused Hillary Clinton to lose. Note they’ve never explained how this happened. And even though the Mueller report, their Bible, found no evidence, they continue to use it.

Now they are in the process of creating doubt. They are corrupting the perception of the next election fully because they expect to lose it. And the point of this is that they and everybody in the media helping them do this is causing more damage to the integrity and legitimacy of our elections than Vladimir Putin could have ever dreamed of causing.

And I think that point needs to be made over and over, and it needs to resonate, because what they are doing has to be punishable at the ballot box. They deserve to lose by even larger margins. Stop and think what they’re really doing here. The 2016 election, they can’t get over that they lost, and so it still to this day, despite no evidence, was corrupt, it’s Russians meddled, Trump stole it, he’s a traitor.

Now they’re doing the same thing with the 2020 election. Note the 2018 elections were perfectly fine. They won. No concern whatsoever about any meddling in the 2018 election. Have you noticed that? They won. So they’re perfectly legitimate. And if they win in 2020, the election will be perfectly legitimate. There will have been no meddling because the only meddling is by Republicans with Russians, and the Democrats will say that they identified it, they beat it back. But they don’t expect to win in 2020, is what this is all about.

In the letter to Pelosi, Trump brought up Vice President Biden’s threat to withhold International Monetary Fund aid to Ukraine. Alleged that he did so to protect his son Hunter, pointing out that it was Biden getting involved in the internal affairs of Ukraine, threatening to withhold money unless they fired a prosecutor Biden didn’t like. He said more due process was afforded to those accused in the Salem witch trials, noting that even Ukraine President Zelensky has repeatedly said that he felt no undue pressure from the White House. 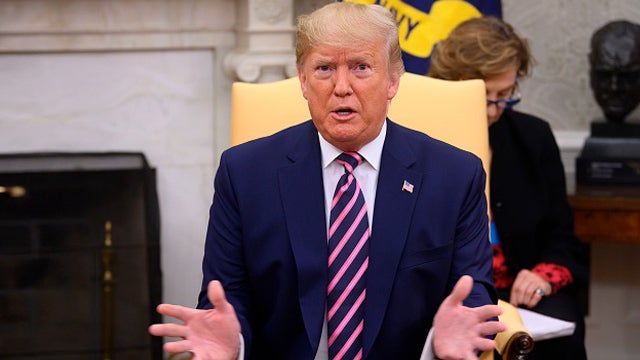 See, Trump always throws something in there like, “This is worse than even the Salem witch trial” ’cause he knows it’s gonna drive everybody on the left batty. He then said, “I have no doubt the American people will hold you and the Democrats accountable in 2020. They will not soon forgive your perversion of justice and your abuse of power. It’s time for you and the highly partisan Democrats in Congress to immediately cease this impeachment fantasy and get back to work for the American people. While I have no expectation that you will do this, I write this letter to you for the purpose of history and to put my thoughts on a permanent and indelible record. One hundred years from now when people look back at this affair, I want them to understand it and learn from it so that it can never happen to another president again.”