RUSH: As you know, the latest opinion audit on me from the Sullivan Group’s various branches offices Northern California has my accuracy rate documented to be almost always right 99.8% of the time. Yesterday on this program, I shared details of a story at American Greatness by Julie Kelly, and it was about Never Trumpers — who they are, some of their history — and it cited some facts, made some assertions about various people at the Washington Free Beacon.

So last night I’m minding my own business, bothering no one — which is very hard for me to do. It’s very hard for me to bother no one. My existence bothers a lot of people. But last night, I wasn’t bothering anybody. I got an email from the editor, head honcho of the Washington Free Beacon, Michael Goldfarb. “Mr. Limbaugh, I am the founder and chairman of Washington Free Beacon. In advance of your show tomorrow, I hope you will consider the following facts in response to that American Greatness piece, which informs some of your closing remarks on your show today. 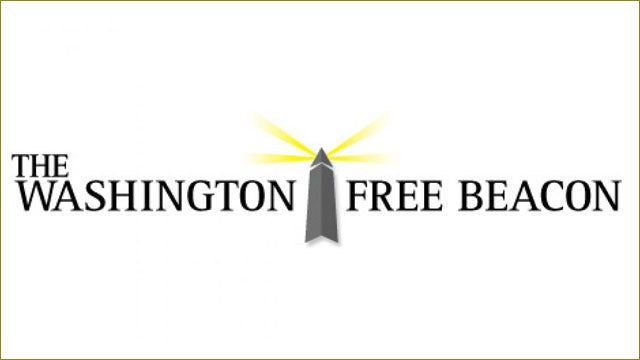 “First, Matthew Continetti is not the editor of the Free Beacon. Eliana Johnson took over that role in September.” Continetti was identified in the American Greatness piece as a Never Trumper and as an editor of the Free Beacon. “Matthew Continetti,” says Mr. Goldfarb… I’m reading from the email I got. “Matthew Continetti is not a Never Trumper. He has written dozens of columns defending the president from attacks over the past three years, and here’s just one example,” and it’s linked. “Point 3: Bill Kristol was my first boss when I came to Washington 20 years ago.

“He remains a friend, but he’s not affiliated in any way with the Washington Free Beacon. The Washington Free Beacon does not in any way reflect Bill Kristol’s view of the president. Point 4: We are not and never have been a Never Trump publication. Our editor was on CBS this weekend making the case against impeachment. We did some of the best stories on Hillary Clinton in 2016 from unearthing the tapes of her laughing about the child rapist that she helped get out of jail in the 1970s in Arkansas to the diary of her closest friend and confidant that had her mocking Lewinsky and other Clinton accusers.

“We continue to do some of the best reporting on the Democrats heading into 2020, including on the school board records that show Elizabeth Warren lied about being fired because she was pregnant. Point 5: We had nothing to do with the dossier. We had nothing to do with the smearing of Carter Page. The smearing of Carter Page was the product of the Clinton-financed Steele dossier, which was in turn the basis of the FISA warrant…” We’re gonna get to that — just be patient — the statement from the FISA court. Hang on for that.

“The IG report makes clear that it was the dossier. We had nothing to do with Carter Page, had nothing to do with the dossier. The Beacon had no involvement in any of that,” says Mr. Goldfarb. “On the contrary, we have covered the FBI’s malicious campaign in great detail on our site, and the Beacon published one story in the spring of 2016 when Carter Page’s role with the campaign was first announced focusing on Carter Page’s goofy views on Russia. It was based entirely on his public statements, and made no insinuations that he was or is a spy.

“We stand by that story, and it’s simply inaccurate to characterize it as a smear. Please read the piece,” it’s linked here, “and judge for yourself. We are conservatives. We are longtime Rush listeners, and we continue to post Rush clips to our site. We hope you’ll consider the facts above before your show.” Look, I don’t ever want to be wrong about anything. So Mr. Goldfarb is objecting to much of the content of that American Greatness piece yesterday that was cited.

So I’m more than happy to share with you his objections to the content of that piece.