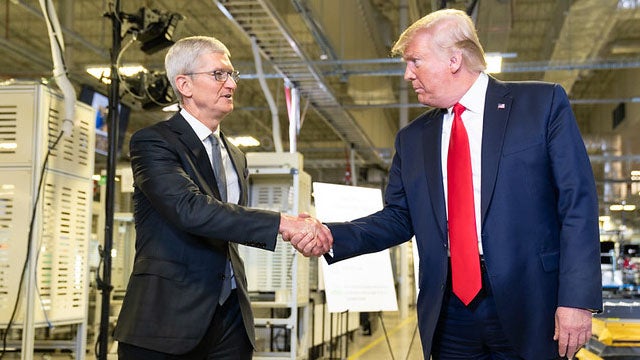 The tech blogs today feel sold out. The tech blogs think that Trump succeeded in wandering into Apple’s factory and created a massive propaganda tour that co-opted Tim Cook and the executive suite at Apple. It’s a sad day. They are despondent, they are beside themselves. They can’t believe that somebody as stupid and ignorant as Trump was able to pull off such a masterstroke. It’s been fun to read this stuff, ’cause they really are beside themselves.

But there it was. “Strongest economy in the world,” quote, chief executive officer, Apple, Incorporated, Tim Cook. At the Mac Pro factory where Mac Pro computers are being made where? Where? Dadelut, dadelut. America. Another Donald Trump campaign promise. Trump also pulled a fast one. And the tech blogs, they’re beside themselves on this. Trump said, “Today I opened a factory in Texas where Apple’s greatest and latest computer is being made, the Mac Pro.”

He didn’t open it. They’ve been making the Mac Pro in this factory since 2013 but Trump said he opened the factory. They’re beside themselves with that. They can’t believe that Tim Cook didn’t say, “You didn’t open this thing, you doof. It’s been running since 2013.” They don’t know why Cook didn’t stand up and say that.

RUSH: You know, we were discussing earlier, Apple just released a new MacBook Pro, and the Mac Pro, the Big Mac Daddy. Whoa! You’re gonna be able to… If you max this thing out, you could spend $5600 on it. The new MacBook Pro, 16 inches, now comes equipped at the top of the line with an eight-terabyte, solid state internal drive, 64 gigabytes of RAM, and the fastest Intel processor they can put in it without having the heat created throttle the processor speed. 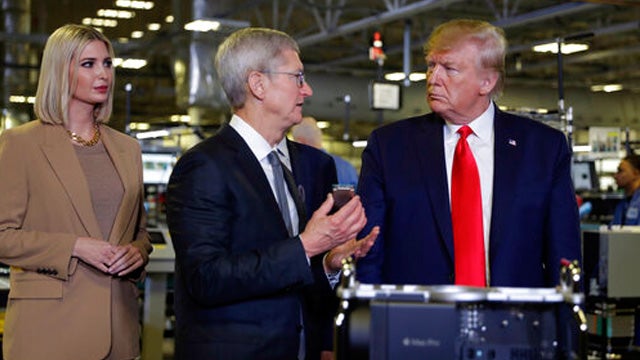 It is a beast, and if you max that out… It starts at like, I think, $1900 or $2100. If you max it out, it’s 5600 bucks. So this is the high-end laptop. It’s not been completely redesigned, but it’s a little bigger. It’s got a much bigger battery in it, much longer battery life for a laptop. The keyboard is totally new. Brand new. The keyboard is pretty much the same as the Magic Keyboard that comes with the iMac.

The butterfly keyboard’s gone. This is the new keyboard where the key actually travels one millimeter instead of a half millimeter. It’s gonna be an improvement for many people. It’s a little brighter, and it’s got massive new speakers for a new kind of Dolby Stereo effect. Anyway, for a power user who is on a laptop several hours a day, this MacBook Pro is the Mac Daddy.