RUSH: Did you see the news over the weekend that some babe was just all over Harvey Weinstein at some party in SoHo? Sitting on his lap, smooching up to him. You didn’t see that? What does that tell you? It tells you that the #MeToo movement is (raspberry). And don’t get mad at me, folks. If the #MeToo movement really had juice, there wouldn’t be women lining up to be sitting on Harvey Weinstein’s lap at some bar in SoHo or wherever he happens to be. Harvey Weinstein’s gonna be able to check back into his hotel in Hollywood and still summon women up to it someday down the road. It’s still gonna happen. He’s gonna be able to do it. 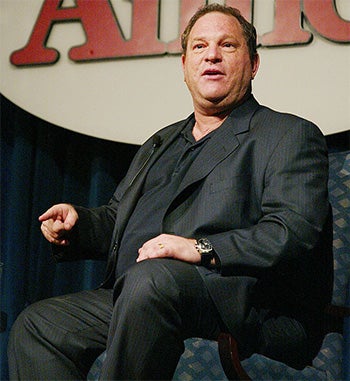 No, I’m not even getting political with this. I could very easily because everything has become political. I’m just telling you all it takes, all it takes is one woman willing to sit on Harvey Weinstein’s lap in the midst of all of this to tell you about the #MeToo movement. All it took was one woman, and the whole #MeToo movement has been betrayed. All it means is that they cannot create any gender unity in opposition to a reprobate guy.

Folks, it’s another bit of evidence the feminazis are not… Sell, I was gonna say they don’t have the juice that they think they’ve got. They’ve got a lot of juice. I mean, they’ve screwed up the education system. They’ve screwed up a whole bunch of stuff, don’t misunderstand. But they’ve targeted Weinstein. They’ve built an entire movement about Weinstein, and all it took was one woman to not get the message. Well, you can sit there, you can get mad at me for observing all you want, but you cannot deny… (interruption) He may be a pig. In fact, from my point the bigger pig he is, the better. Exactly right. The guy is a pig, and there is still a woman with grand dreams sitting on his lap at a bar in SoHo.