Don Jr. Takes It to The View

RUSH: We’ve got the two sound bites of Donald Trump Jr. on The View here. I wanted to play these before the interview, but he referenced them in the interview. So, now is a good time. In the first bite, he’s talking to Abby Huntsman. She’s the daughter of Jon Huntsman, who’s the ambassador to Russia for Trump. He once ran for president. He’s a Romney-type Republican, okay? His daughters are now in politics kind of like Biden’s kid was, and one of them got this gig over on The View, and she’s there interviewing Donald Trump Jr. today ’cause he’s out talking about his book.

He has revealed the name of the whistleblower on the show. She’s outraged. (sobbing) You don’t do this to diplomats! Diplomacy is so important. You just… (mewling) You just don’t do it. She said, “The whole point of releasing the name is to intimidate somebody, to threaten somebody, to scare other people from coming out and being whistleblowers themselves.” Meanwhile (chuckling), this guy is alive and well. ABC and CBS just fired a whistleblower, and nobody’s crying over that. Nobody’s worried about what happened to the media whistleblower that blew the lid off ABC’s spiking a story on Epstein-Clinton. 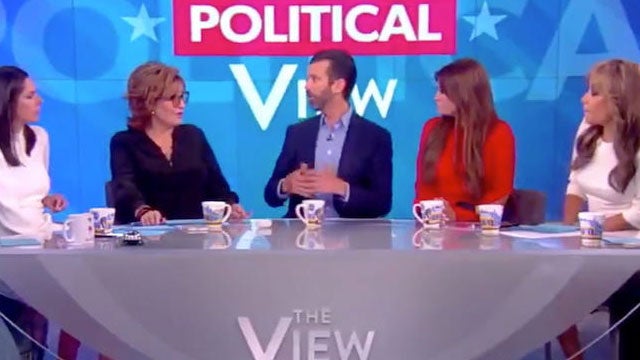 Here’s what Donald Trump Jr. said to her…

TRUMP JR.: It seems to me that everyone is outraged that his name is out there because now people are saying, “Okay. He’s tied to Joe Biden while Joe Biden was working in the White House.”

TRUMP JR.: “He has ties to Brennan, who’s been leading the cabal on Trump.”

TRUMP JR.: Let’s be honest about what it is. ABC is right now chasing down a whistleblower about all of the Epstein stuff because those stories were killed. So if we’re gonna have the conversation about the outrage about whistleblowers —

GOLDBERG: Okay, can we… Can we just stay on the…?

TRUMP JR.: — you work with CBS to out the whistleblower who came up with the story.

RUSH: The little crosstalk there, but what it was, Don Jr. engendered some applause. “You work with CBS,” and you get and Goldberg says, “I’m gonna ask one question.” Don Jr. — and she didn’t get her question in. The next bite kicks off with Maude Behar leading the way.

BEHAR: — where he bragged about grabbing women by their genitalia. That’s what Meghan is talking about. She’s talking about lowering the discourse to his level, which is horrible for this country. Even if people are working, we don’t want to have a country like that. Do you understand that?

GUILFOYLE: They don’t like the vessel of the (crosstalk).

TRUMP JR.: We’ve all done things that we regret. I mean, if we’re talking about bringing the discourse down, Joy, you’ve worn blackface. Whoopi, you’ve said that Roman Polanski —

TRUMP JR.: You said Roman Polanski, “it wasn’t rape-rape” when he raped a child. So —

TRUMP JR.: So let’s talk about serious things. Come on.

GOLDBERG: You want to bring this up?

GOLDBERG: The question came up about —

BEHAR: I did not go in blackface! Please!

GOLDBERG: No, she was not in blackface.

GOLDBERG: Listen, being black, I recognize blackface. This I can say.

GOLDBERG: Okay? I know it when I see it.

RUSH: Were you able to follow all of that? That was dynamite. I mean, that was awesome. Here she is, Maude Behar. Can you believe Maude Behar, some of the language in her stand-up act? “We can’t have the guy talking about women genitalia as discourse of this country! It’s horrible. It’s horrible.” Watch any movie! Watch any late-night comic.

If anybody is destroying American culture and the way Maude’s concerned about it, it’s Maude’s crowd doing it. And, by the way, the Trump comment, that’s a hot mic. It’s not part of an interview. He’s walking away leaving a trailer with Billy Bush, and they’re having guy talk and the microphone’s live. He was not ever intending… He didn’t know that was ever gonna be broadcast. He doesn’t talk that way in public. 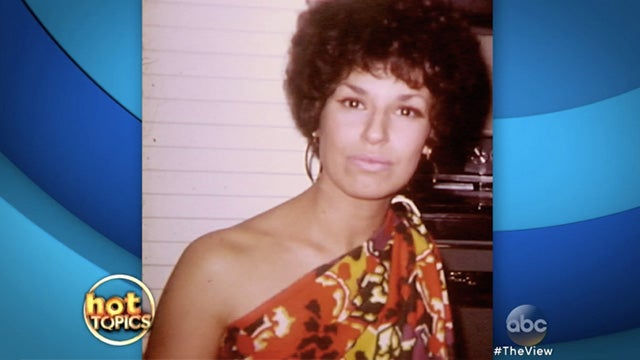 That is a gotcha October Surprise, and it backfired on them. And it was very prescient, Donald Trump Jr.’s (paraphrasing), “Well, well, you know, Whoopi, you wore blackface.” He said, Roman Polanski, that’s not real rape? So forth. He just fired it right back at them, and you heard the cacophony as they all started trying to cover for each other. So that was fascinating.